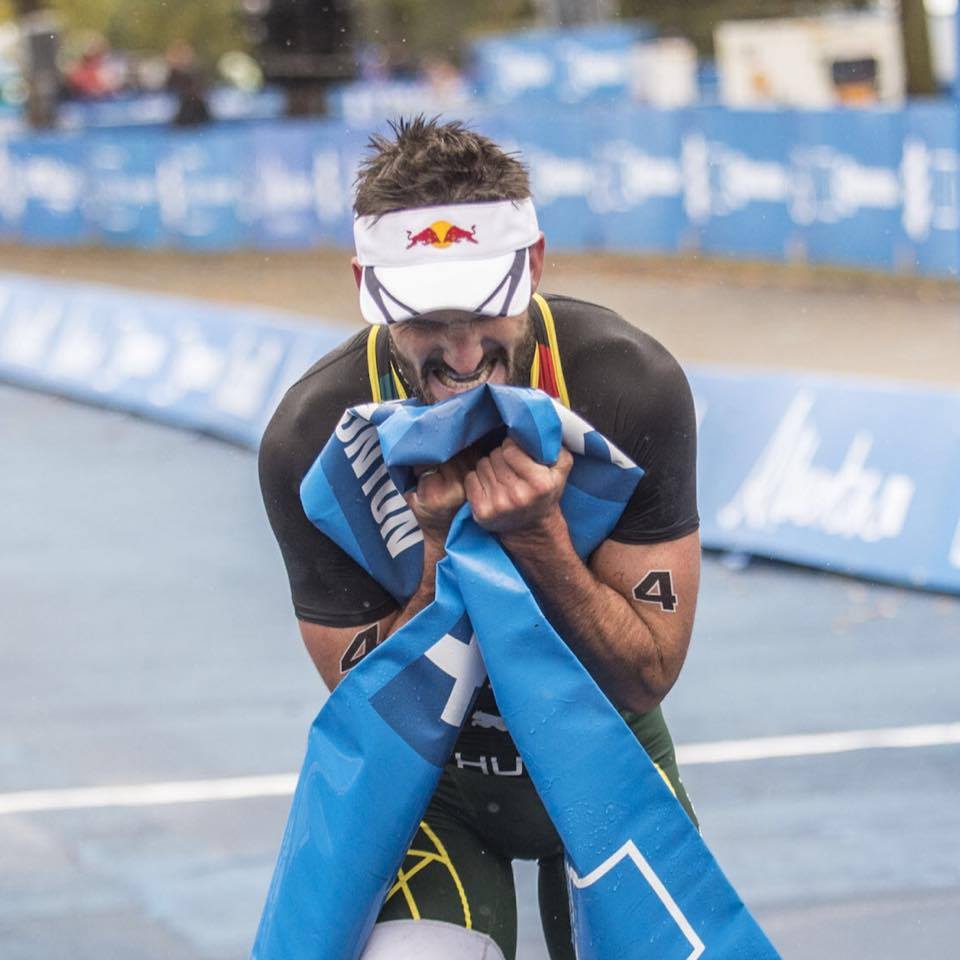 He had to wait for two seasons, but the wait was worth every second when South African triathlete Richard Murray won his second World Triathlon Series race with his victory in Edmonton, Canada on Sunday.

Murray won the sprint race in 53 minutes and 19 seconds. Spain’s Javier Gomez was second and Mario Mola (also Spain) third. This was Murray’s second WTS victory after Hamburg in 2012. He has come close various times since then with second and third places, but getting that elusive victory could not have come at a better time for the lad from Durbanville. Murray has been working extremely hard on his swimming, while also adapting to a new racing schedule to avoid a disappointing end to his season like last year.

He was less than 20 seconds behind coming out of the water and being a strong biker, that gap was closed quickly. Murray and current World champion Gomez stuck to each other like glue in that final leg of 5km
(run). “Javi was hanging on the whole time and I really had to give it everything,” Murray said. “I had some issues at the start of the day, but I kept my focus and did not let it distract me. I had to give it everything
in the end. My swim was much better than last year, and I managed to push hard on the bike.”

Some athletes might have given up or let the frustration of so many close calls get to them, but part of that which sets Murray apart from the rest is his inherit positive attitude and the ability to always take the best
from a less than ideal situation. “There obviously were times when I really felt frustrated and disappointed when things did not go the way I planned or hoped. But I kept grinding it out in the swimming pool, on the track and on the bike because I knew that if I keep at it, the results will come.”

The men’s race saw important changes in the world rankings, as Vincent Luis (France) moved into third over Spaniard Fernando Alarza. Luis’ fourth place finish makes him just 277 points behind leader Gomez. Murray’s win makes him fourth in the rankings. With just 530 points separating the top four men anybody can still be crowned World Champion on 19 September. Gomez is looking for his fifth consecutive title while the rest will all be first timers.

The season’s Grand Finale is in Chicago on 19 September.