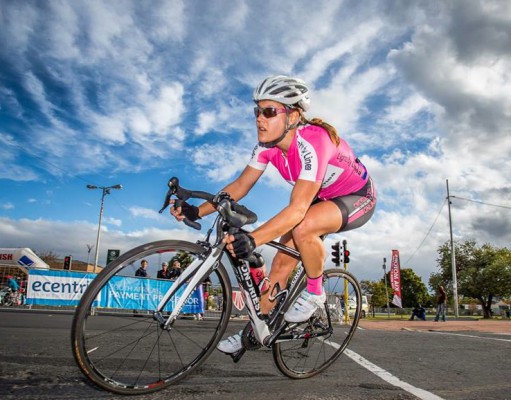 Adrian, who won both the road and time-trial titles in her home country last weekend, looks in top form for the event in Wartburg, South Africa, from February 9 to 14.

A two-time junior national road and time-trial champion, she also claimed the double gold as a first-year elite rider in 2012.

Last year, she won the road race yet again but had to be content with second in the time-trial.

“I knew I had to be better prepared this year, but the competition doesn’t sleep either,” said Adrian.

“Winning always feels great, especially if it is a win that you have to work for like this one.”

Now based in Stellenbosch, where she is a fulltime university student, Adrian returned to Namibia in November to begin her training for nationals.

“A month before nationals I started with the really intense stuff.

“The only thing I could not prepare for in Stellenbosch was the altitude. Windhoek lies 1 600m above sea-level, so I could definitely feel the lack of oxygen in my lungs at the road race.”

The 21-year-old sprinter is set to join her Namibian teammates on Sunday in the lead-up to the African champs.

“This week is all about sharpening up and staying focused. My objectives are to stay motivated and enjoy every moment.”

Although Adrian has medalled at the previous two continental competitions, she said the bar for this year was set particularly high.

“Not only does South Africa have very good riders, but Egypt and Eritrea too, and not forgetting my teammate Kim from Mauritius.

“I will give my best to make my country proud but nothing is guaranteed.”

She took time-trial bronze in 2012 and 2013 and also scooped silver in the road race at the latter event.

In 2014, she represented Namibia in the cross-country, road and time-trial disciplines at the Commonwealth Games.

“Training and travelling in a group is much more exciting than on your own. I am excited to meet all the other girls and start racing together.”