Namibia’s Till Drobisch saw off a strong field to win Momentum 94.7 Cycle Challenge 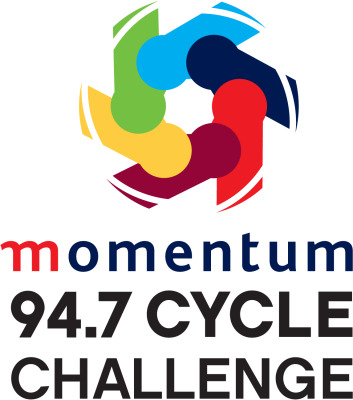 Johannesburg – Namibia’s Till Drobisch saw off a strong field to secure his maiden victory in the men’s race at the Momentum 94.7 Cycle Challenge in Johannesburg on Sunday.

“I’m pretty excited, I actually didn’t expect it and I’m quite happy,” Drobisch said after the race.

The UCI World champion from the Netherlands, cruised to victory unchallenged in a time of 2:39:57 seconds.

“It was a good race today and I enjoyed racing here,” Vos said.

“Before the race I was a bit nervous because I didn’t know what to expect. The race had quite a few attacks and halfway through we rested a bit before the final because we knew it was going to be hard.”

Second place in the men’s race went to Reynard Butler who came in one second behind Drobisch and third to Herman Fouche, who finished in 2:21:56.

The event’s new route took riders on a 94.7km race from Mnandi Road and finished with a tough 400m climb in Steyn City, Fourways.

After marginally snatching victory, Drobisch said the new route had been challenging.

“I struggled a lot when we hit the climbs, when they attacked and I always got dropped and fell a few meters behind, but I slowly made it back.

Drobisch, the Namibian Road and Time Trial champion, was pleased after securing his first victory in the country.

“Towards the end, my team-mate who was still there with me, was too tired to close one of the attacks and I thought this it, it’s either I win or I lose, so I went flat out and caught them just over the top of the climb and from there it was a downhill to the finish.”

In the end the victory came unexpectedly for the 21 year-old.

“I told myself to keep going as hard as I can and maybe finish in the top three, I expected all of them to race past me, but then I held it off to the line and I’m really happy about that.”

Drobisch said he would be leaving to race in Europe for a French team.

“Most of the cycling is in Europe and if you want to race in Europe you have to get used to the conditions.

“I’d like to get some experience there for one or two years and see if I can make it against the top riders.”

Results from the Momentum 94.7 Cycle Challenge in Johannesburg on Sunday: