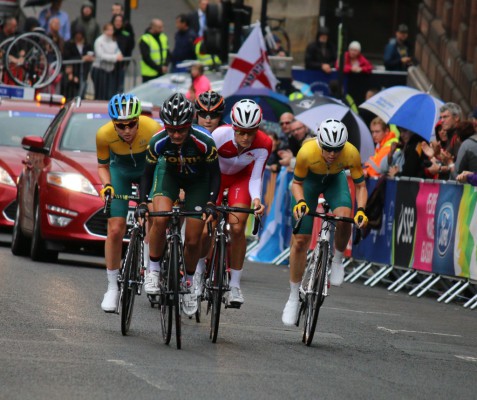 (Cape Town, 24 February 2015) In a massive step for women’s cycling, the Cape Town Cycle Tour has introduced a dedicated group for elite ladies.  2012 Cycle Tour winner Ashleigh Moolman Pasio believes this milestone move will shake up the women’s race “in a good way.”

David Bellairs, a director of the Cape Town Cycle Tour Trust, says: “After much engagement and discussion with the ladies committee late last year, and a number of internal discussions, the Cape town Cycle Tour is pleased and proud to announce that elite ladies participating in the 2015 Cycle Tour will have their own start group.”

Moolman Pasio said she was thrilled at the chance to ride with the top women cyclists in their own starting group, adding that she was convinced it would have a positive impact on the event.  “I think it will make it really exciting for the racing ladies and for the spectators.  Nine times out of 10 the men’s contest ends in a dramatic sprint finish, and with the women racing alone this year, it will surely shake things up in a good way – hopefully with some exciting breakaways along the route.”

The announcement of 25-time Tour de France stage winner Mark Cavendish and his teammate Mark Renshaw participating in the 2015 event has introduced stiff podium competition for South Africa’s pro men, but with their own start group, the ladies are set for an equal share of the spotlight this year.

Defending champion Cherise Stander echoed these sentiments, saying: “I’ve always enjoyed riding with the men as it has made Cycle Tour an aggressive race – something I love – but with the calibre of female cyclists we have competing at the moment, the dedicated elite ladies group will make it a tough event with tactic being the most important factor.”

Despite a recent injury during a mountain biking event, Stander is determined to defend her title, adding: “I’ve been doing a lot of mountain bike racing lately.  While this impacts on my level of speed and attacks, it has definitely made me tougher endurance-wise.”

Anriette Schoeman, who has a long track record of Cycle Tour wins, adds: “Cycle Tour is not like any other race.  It always pushes your limits and is in another league altogether.  While I’ve always found riding with the men very exciting, it is brilliant that the organisers have women’s cycling at heart.”

Moolman Pasio, who has secured a continuation of Momentum’s long-term support as her main sponsor, said she had been training hard in the hopes of being crowned the Cycle Tour winner for the second time.  “My training has been going really well and I’m looking forward to the race next month.”