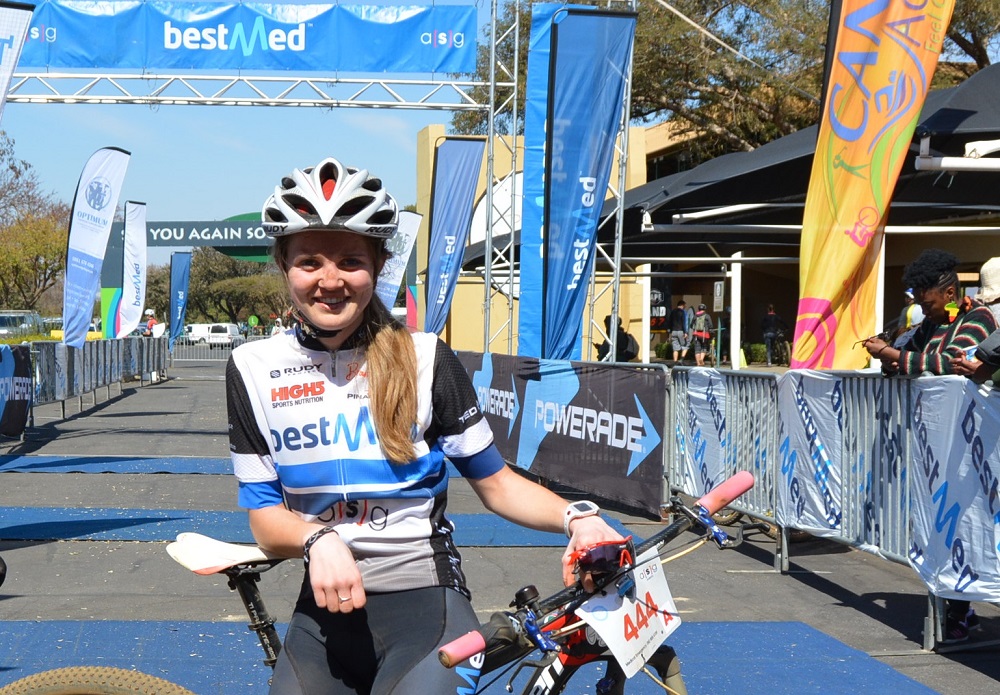 Bestmed-ASG’s new signing Kristen Louw started her tenure with the team on a high note when she won the 50km mountain bike title at the Bestmed Cycle4Cansa Championship on Saturday.

The race started from Sun City in the Pilanesberg and took riders through sections of the Gary Player and Lost City golf courses as well as the Letsatsing Game Reserve.

The petit 19-year-old from Potchefstroom said she had been determined to put on a good show for her new team and set off in hot pursuit of the men’s field after the start, which helped her to gap the top women.

“The men went full out so it was tough to chase them, but I enjoyed the challenge,” she said.

“I’m very excited because this was my first race for the team. I’m very glad and grateful to have won it,” said Louw, who admitted she started with ambitions of challenging for the title on her third attempt.

She won the race, which consisted of two 25km loops, in 2:11:42 and was followed home two minutes later by teammate Nicolene Marais. Sharon van den Heever completed the podium.

“Once we started I didn’t see Nicolene again. It was just me by myself for the whole race,” said the education student from North-West University.

“This weekend was quite a prestigious event and we’re happy that we can be a part of somebody’s excitement and success.”

Botha explained he’d first been impressed by the young rider’s attitude when she crashed badly in a training session before a mountain bike race in Pietermaritzburg last year.

“She was so insistent on getting up and riding the next day, so they bandaged her up and she looked like a mummy. She had severe injuries but she had the heart of a lion and wanted to ride.

“She’s a real talent. With a little guidance, we can be sure she’ll do even better in the future.”