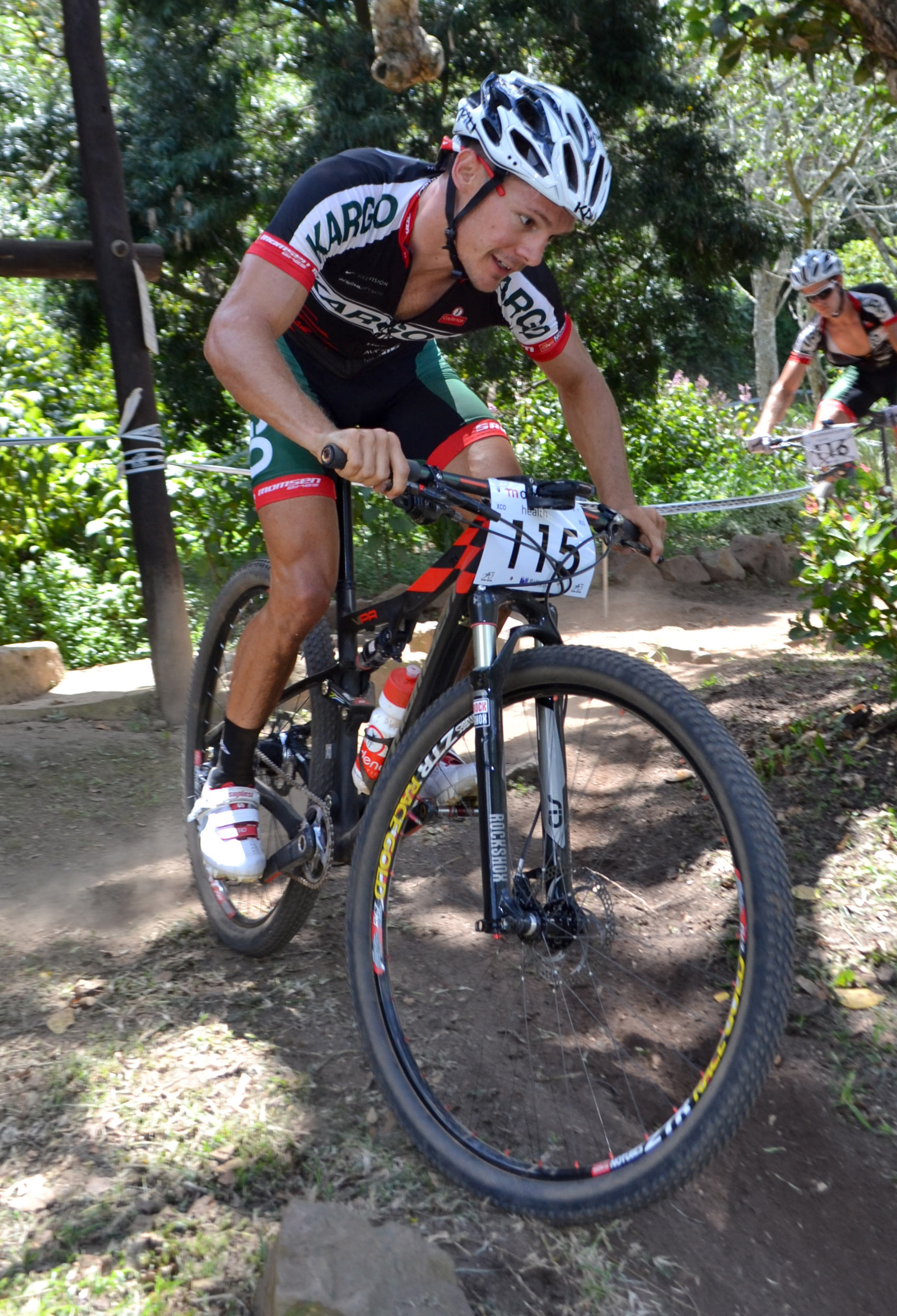 Ballito’s Croeser is set to head Kargo’s charge at the upcoming World Champs and his recent road racing in Mpumalanga – where he finished sixth overall and second in the points classification just a single point behind Westvaal-BMC’s JC Nel – together with a final MTB blitz at the final leg of the 2014 UCI MTB World Cup in Méribel, France, should see the team ace well prepared for the global spectacle.

“World Champs is the major event on the calendar for me. I’ve placed a lot of emphasis on it and at the moment I’m feeling the most confident on the bike that I have in a long time so hopefully I can go there and really do well,” said Croeser.

“I couldn’t have asked for better preparation for Worlds than I got from the Clover Tour. The first day came as a bit of a shock to the system with the leg speed required and the completely different style of racing that road is to mountain biking, but from the second day I really felt good and missed out on the green jersey by just one point so I was really happy with how things went up there for me.

“France is another important event for me ahead of Worlds but I am also really keen to try go there and prove to everyone else that I can compete internationally and the only way to do that is to achieve the results that then do the talking.

“Going to France, I want to get the best result at a European World Cup since Burry (Stander). Philip (Buys) has achieved a 39th there before and so I’d really like to go over there and stamp my authority on things,” he added.

Eighteen year old Hatherly, together with under-23 Kargo newcomer William Makgopo, will accompany Croeser to this year’s Worlds and Kargo’s latest signing is eager to impress at the pinnacle international event on the calendar and get his stint in new colours off to a positive start.

“I’ve obviously seen the team numerous times before at events and they’ve always looked like such a professional setup so I’m really looking forward to now being a part of that.

“Next year is also my first year as an under-23 and so to have someone like Rourke – who has gone through it all before – there as a mentor and an example to follow will be huge for me!

“In the short term my focus is definitely on World Champs. I’ve got three weeks to go before Worlds so I’m really looking to give it full gas until then and then hopefully it all pays off as I’m hoping it will and I can look to finish inside the top 5 in the junior men’s race,” he added.

Hatherly brings further pedigree to the already talented setup and as junior men’s South African cross-country MTB champ, he brings a second national title to the Kargo stable after Croeser’s elite men’s success a month ago.

“We are very excited to welcome Alan to our team as part of our two year contract,” said team manager Shaun Peschl.

“At the tender age of 18 he has already claimed numerous national titles and with our team focus being predominantly on XCO, he will add immense value to the team as we look to obtain as many UCI points as possible in the coming season.

“I am also confident his involvement in a professional, driven setup such as ours will also be extremely valuable in his growth and development as a rider in the coming seasons of his emerging career,” he added.
Peschl also confirmed 2014 has seen the Kargo setup take great strides towards realising his dream of South Africa’s first ever UCI Trade Team becoming a UCI Elite setup and that next year will see even further progress.

“We have had a great season so far and learning is what 2014 has been all about for us.

“In 2015 we hope to use our far greater wealth of knowledge and ever-increasing experience to ensure the riders are able race a full series of World Cups whilst also working towards having a showing at the Sea Otter.

“As our Proudly South African sponsors – particularly Momsen Bikes – continue to grow internationally, we hope to back up their ever-increasing international footprint with top international results and podiums,” added Peschl.