OCR Going from strength to strength with the Jeep Warrior Race 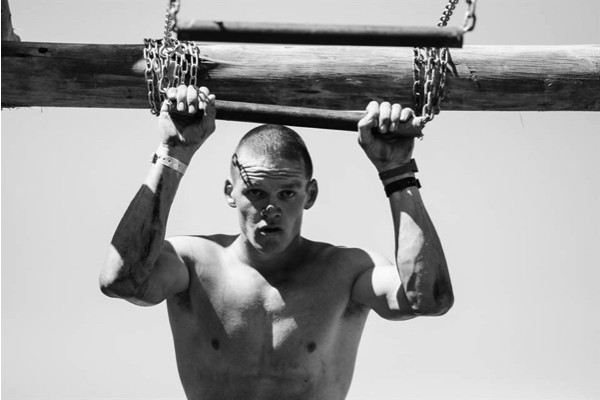 The fledgling sport of Obstacle Course Racing in South Africa has sparked widespread debate regarding the sustainability and future of the sharp end of the sport. At the forefront of the meteoric rise of OCR, the Jeep Warrior Race has been instrumental in guiding it towards a structured, professional sport status.

The South African model for OCR was founded around business ideals where the number of entries dictate the events and survivability of the sport as a whole. This is gradually changing largely as a result of the format of the Jeep Warrior Race and events like the Impi Challenge that have been around for a couple of years.

Leading outdoor and adventure events company Advendurance’s move in taking over the Jeep Warrior Race has seen a significant leap in this direction. Known for its efforts in the now thriving industry of mountain biking Advendurance’s expertise and media investment in the event is bound to start showing results.

Previously, most of the news around the events was based on participation and the “new” factor. But there is now a definite focus on the elite competitors too. Through the Jeep Warrior Race, 11 athletes will be representing South Africa at the OCR World Championships in Ohio later this month.

The debate around the focus of OCR events is a contentious one. There is no standard like in athletics where the distance or discipline is fixed; and what makes OCR unique is that it is not only elevation that plays a significant role – as it does with trail running – but the difficulty of obstacles contributes immensely.

However, there is a benchmark in terms of the distance and number of obstacles covered, combined with the time it takes athletes to complete the course. It is exactly this benchmark that earned the Jeep Warrior Race it’s status as the South African region OCR World Champs qualifier in the first place.

The influx of highly trained athletes from more traditional sports that are becoming more and more specialised towards OCR bodes well for the competitive side of the sport. The investment athletes make in training goes beyond leg speed and cardio fitness, but also requires upper body and grip strength. In its infancy, the Jeep Warrior Race had instances where female athletes could not complete the course unassisted. But athletes have since adapted their training to where male and female competitors now complete the same course.

Last weekend the 7th event in the series that took place at Meerendal Wine Estate three of the four women that managed to complete the course unassisted also finished in the top 20 overall with women’s winner Hannecke Dannhauser finishing an impressive 10th overall. That being said, only 22 elite athletes managed to complete the course unassisted to finish the Elite BlackOps event.

The question is, is that not too difficult then? The simple answer would be no. The point of creating the ultimate challenge is not only to challenge athletes to improve and make it a real achievement to keep building towards but also to keep South African within international standards. Case in point is the fact that the Jeep Warrior Race athletes who competed at the 2014 OCR World Championships had a 100% finish rate and four athletes in the top 10.

Naturally the event still caters for the masses and athletes unable to complete all obstacles unassisted still get to finish, just not with the ‘elite’ title. In addition to that there are three shorter distances with fewer obstacles to choose from to stimulate mass participation. The Jeep Warrior Race has grown to a point where it boasts up to 9000 athletes per weekend event.

The three distances on offer create an environment where newbie athletes can enter and participate in the introductory Rookie event that covers 5-8 km and 15 obstacles and then move on to the more challenging Commando event that covers 10-14km and 22 obstacles The biggest challenge is the BlackOps, with 15-20km and 30 obstacles.

To further stimulate competitive participation, each distance option has an elite category which essentially is the racing category for each distance. This helps identify athletes who are not only ready to move on to the next distance challenge but also stimulates racing in a specific batch to avoid athletes being stuck behind throngs of people just taking part for the fun of it. The spin-off here is that this allows younger athletes a platform to shine as they grow into the sport.

Advendurance has also introduced a new seeding system through SASeeding, that will not only incorporate the Jeep Warrior Race but also the Impi Challenge and any other OCR event willing to submit results. This will determine top athletes by category and provide an accurate ranking where athletes and potential sponsors can track athlete improvement and results.

All indications are that the continued, rapid growth of the sport and low barrier to entry – according to Fritz Pienaar from Advendurace, “you literally only need a pair of old running shoes to compete” – is that the sport still has some room left to grow its participation base and also the professional side of the sport.

According to Pienaar, plans are well underway to introduce obstacle course racing in new regions in South Africa.

“It has been difficult to find that balance because the numbers need to make sense. Every time we take the event to a new venue it takes a year or two to build the participation to a point where it makes financial sense,” Pienaar commented.

“Our courses cost just under R1 million each to construct and with significant overheads, the decision to grow the event base to towns like Nelspruit or Bloemfontein potentially takes a lot of consideration and of course a solid sponsor like we have in Jeep South Africa,” added Pienaar.

Historically, the two big players have been Impi Challenge and The Warrior Race with very few other OCR events getting a big enough footprint to sustain themselves. The hope is that with the increased participation base in new regions, more interest will be sparked and create an environment where OCR events can thrive, as has been the case with mountain biking.