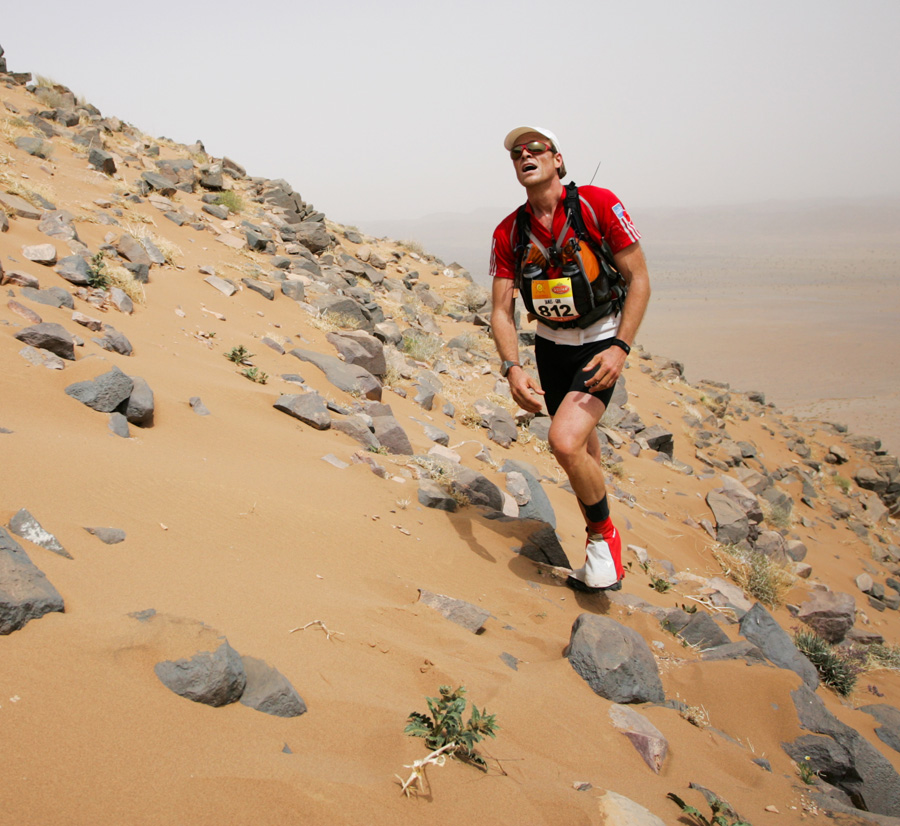 James Cracknell on his way to twelfth position at the Marathon des Sables in 2010. ©markgillett/Junglemoon

James Cracknell, Olympic athlete and one of Britain’s most well-known and respected adventure athletes will be tackling the four day, 150km Richtersveld Wildrun™, from 2-5 June 2015 in the /Ai/Ais-Richtersveld Transfrontier Park in South Africa.

After banking double Olympic gold in rowing at both the Sydney 2000 and Athens 2004 Olympic Games, Cracknell – together with close friend and fellow adventurer, Ben Fogle – went on to tackle some serious adventures. Together, they crossed the Atlantic Ocean in the pairs division of the 2005-2006 Atlantic Rowing Race and then raced to the South Pole in 2008, coming second to a Norwegian team.

Then, in 2010 Cracknell turned his endurance exploits to running, taking on the 250km Marathon des Sables (MdS) and finished 12th overall, setting the record at that stage for the highest placed Briton in the history of the race. After completing the MdS he was off to his next adventure, attempting to cycle, row, run and swim from Los Angeles to New York within 18 days. It was here that he was hit from behind by a petrol tanker whilst cycling. The accident happened at around 5.30am on a quiet stretch of road outside Winslow, Arizona and nearly killed him.

It has been a long road to recovery and the Richtersveld Wildrun™ will be an integral step in James’ comeback to running and his ultimate goal of returning to Death Valley, where the accident happened five years ago, to take part in the 135km Badwater Ultramarathon later this year. “The race in South Africa I hope will prepare me for an attempt at Badwater 135. It will be nice to go back to Death Valley and put some demons to rest. I need to square the circle and move on. I don’t want my life to be defined by winning two gold medals. I don’t want my life to be defined by being the guy who got hit on the head by a truck. I refuse, I will choose my path,” he said. 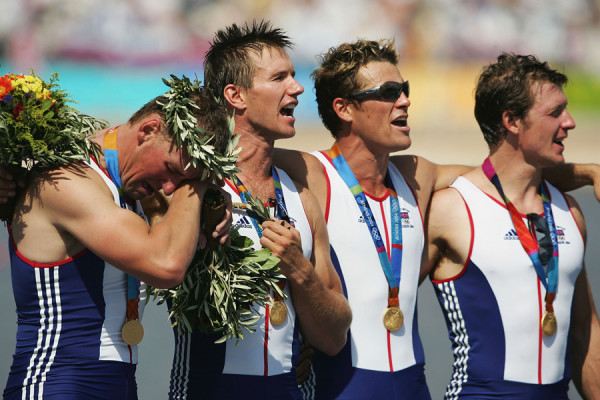 James Cracknell with his teammates after winning gold as part of the Great Britain coxless four rowing squad at the 2004 Olympic Games in Athens. Image provided by James Cracknell ©

Cracknell is looking forward to returning to South Africa and specifically to take on only his second multi day stage race: “South Africa is a perfect place for sport. I have been to the Drakensberg and Cape Town.  It’s a phenomenal place. I haven’t been to the Northern Cape but I relish the opportunity to see it on foot. MdS was the only multi-day race I have done, so I’d like to know if it was a fluke. I am also interested to see where I am. How am I after the accident? Am I recovered? I’m interested to see how I am day-after-day and I’m keen for preparing.”
About the Richtersveld Wildrun™

Taking place over four days in the mountain desert of the /Ai/Ais-Richtersveld Transfrontier Park and with participants running almost a marathon a day, the Richtersveld Wildrun™ is near perfect preparation for an event such as Badwater.

The route stretches over 150km and includes more than 3 000m of vertical ascent through the Richtersveld, a truly unique and botanically diverse mountain desert. The Richtersveld experience is unlike any other in the world. This area holds 40% of the world’s succulent species, many with incredible adaptations to the harsh mountain desert environment. From the heights of Hellkloof pass, to the granite slabs of Tatasberg, the green swathe of the Orange River, the gargoyles of Halfmens Ridge and the crystal fields of the Sendelingsdrif plateau – every kilometre is unforgettable and participants are sure to leave the Richtersveld changed people.

“We are thrilled to host James Cracknell in his preparation for Death Valley,” said Owen Middleton, managing director of Wildrunner. “I have no doubt he will get a lot out of the Richtersveld Wildrun™ – a landscape where dealing with adversity is at the heart of survival. The diversity of the fauna and flora in this region are prime examples to all of us that we can adapt to even the most extreme conditions.”

For more information on the Richtersveld Wildrun™ and to grab a last minute entry, visit the website at www.wildrun.com.