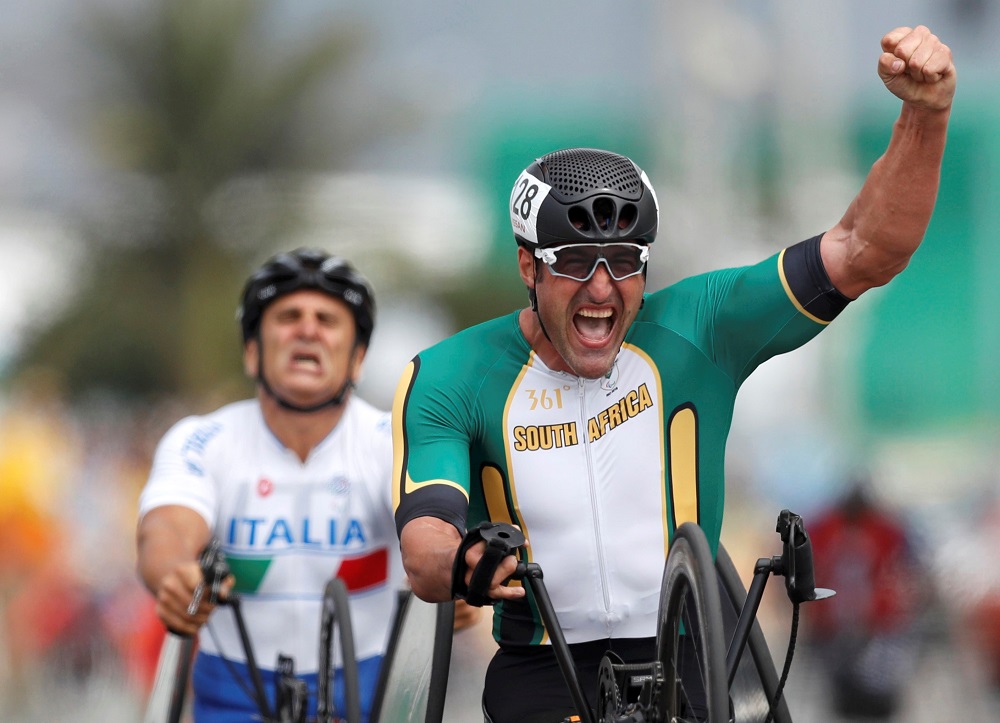 One of South Africa’s longest-serving sportsmen, Paralympian Ernst van Dyk, will give his perspective on how the Olympic Games have played a critical role in inspiring athletes like himself.

The 43-year-old wheelchair racer and handcyclist, who won the road cycling gold medal at the Rio Paralympics last year, will be one of the keynote speakers at the Western Cape Provincial Conference of Sport to be hosted by NMMU in George on Friday and Saturday.

The theme of the conference is Olympism and will, among other things, explore the impact the Games have on the development of sport and the role it plays in influencing rising stars.

Born in Ceres in the Western Cape, the sports science honours graduate from Stellenbosch University first represented South Africa at the Barcelona Olympics in 1992 when, he said, the Paralympians were still regarded as “social charity”.

“In those days nobody even knew there was an event like the Paralympics and our manager had to go on television to spell out what it actually meant,” said Van Dyk, who was born with a congenital absence of both legs.

“At that stage the sports minister said there was no funding for something he labelled as ‘social charity’.”

Now, Van Dyk, who won the Boston Marathon in the United States 10 times from 2001 to 2014, said he was amazed when he compared the reception they received in London (2012) and Rio to his experiences in 1992.

“What I see now is that people have an appetite for the Paralympics. They want to see the people who are doing it and get insights into their stories.

“And you get able-bodied sports people looking up to their disabled colleagues, holding them up as role models. That shows how far we have come and, to me, is one of the most significant effects the Olympics have had over the years.”

Having overcome many challenges during his career, Van Dyk will be speaking on sport from the athlete’s perspective.

“It will be a message for the conference delegates to see the effect a sporting profession has on our athletes,” he said.

“It will be about a career over a long period and the impact doing sport at a high level has on a human being.”

Van Dyk said sport played a major role in society even after retirement.

“People may think you can just stop training but even in retirement you need to stay healthy, to have a good body to house a good mind.

“Staying fit has always been part of my life, having studied sports science, as well as working in a gym for 15 years.

“I firmly believe it gives your life balance. You learn about discipline and you learn how to handle things when they go wrong.

“All of those things make us better people and able to fit better into society.”

Van Dyk, the 2006 Laureus Sports Star with a disability, said his biggest challenges during his career had been of a financial nature.

“To be good in your sport and to grow and compete against the best in the world, you need the resources and you need to manage those resources.

“In my career I dealt in a sport where equipment is the key to success and you have to find ways to get that equipment.”

He said there was financial strain, but this could be overcome through partnerships, building networks and getting people to believe in you and support you.