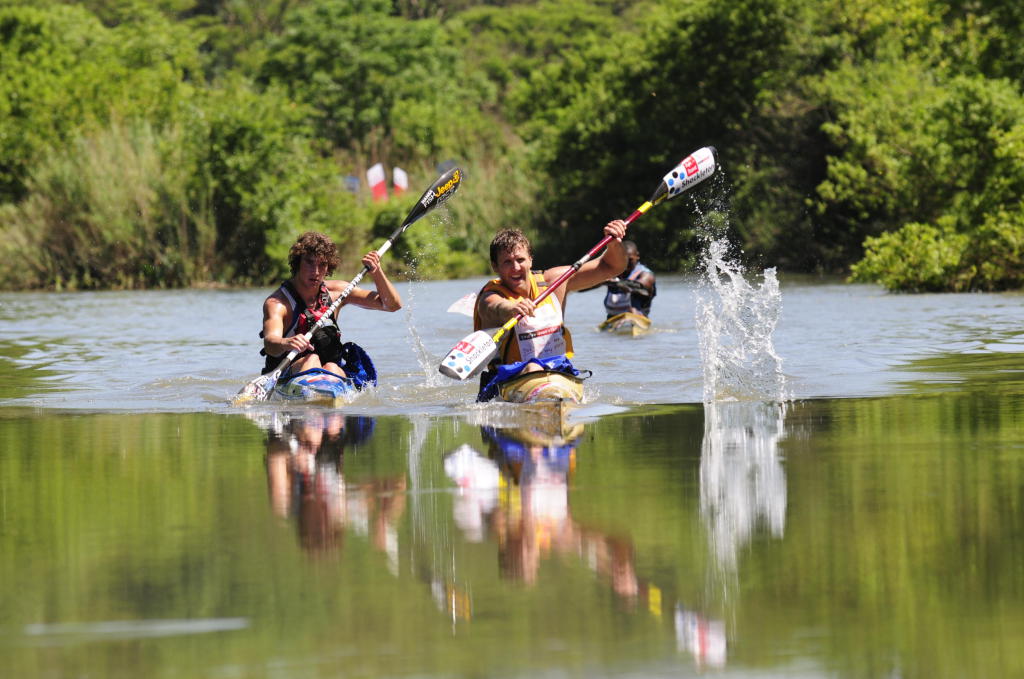 Elite paddlers have welcomed the conformation of R67 000 in prize money for the 2014 Ozzie Gladwin Canoe Marathon, presented by Parklane SuperSpar, on the 9th of November – Anthony Grote/
Gameplan Media

Pietermaritzburg – As a key seeding and form barometer for the Dusi Canoe Marathon the Ozzie Gladwin Canoe Marathon, presented by Parklane Superspar, on Sunday 9 November is dangling a substantial prize pool carrot of R67 000 to the region’s top river paddlers.

The prestigious 26km race is widely regarded as the first serious gauge of form for the summer season and traditionally sees the Dusi contenders on the start line as the race format always mirrors the Dusi championship format, with the competition set for K1 craft this season.

The first paddler across the line at the finish at Thornvale Farm outside Wartburg will earn R7 500, with the paddlers filling the minor placings also set to bank substantial cheques for their efforts.

The organisers have implemented a new policy for Ladies prize money. The first boat overall the line will receive the R 7500 prize, after which the women’s and men’s prize money is equal in all age categories.

“NCC will ensure that the Ozzie Gladwin pays the best prize money for a one day race in the country,” said Austen Smith. The race will offer an impressive R48 000 in prize money to the K1 classes alone.

As the race is classified as the KZN K1 River Championships, the organisers have added further spice to the race in the introduction of a new team competition for seniors and juniors, with sizeable cash prizes on offer to the winning clubs or schools.

“The Ozzie Gladwin has always been seen as a premium opportunity for the top paddlers to test themselves against their likely Dusi contenders,” said race committee head Brett Austen Smith.

“As a premium event, which has been heightened this year by the KZN Championship status, it is appropriate that the prize money allocation suitably rewards the calibre of athletes and the sort of racing that we have come to expect at the Ozzie Gladwin.”

He added that rules for the new team competition for senior men and women and junior boys and girls were still being finalised, but he said that this would fuel the competitive element in the field as the paddlers race to contribute to their cumulative standings in an effort to scoop the cash prize for their club or school.

He said that prize money of R15 000 would be split amongst the four club competitions.

Austen Smith noted that the modern Dusi season had fostered a new breed of professional athlete that targeted success in the three day race from Pietermaritzburg to Durban in mid-February.

“Their personal sponsorship models all differ quiet significantly but there is no doubt that it is important to all of the elite paddlers that they have decent prize money available at these major Dusi qualifying races,” he added.

While the elite paddlers will be delighted at the prize pool, they will also be after a top result to secure a preferential front row seeding for the Dusi Canoe Marathon in February. The Ozzie Gladwin is one of only eight races in the season that is used to determine the front row seedings.

More info can be found at www.ozziegladwin.co.za