Pain and function: An essential relationship 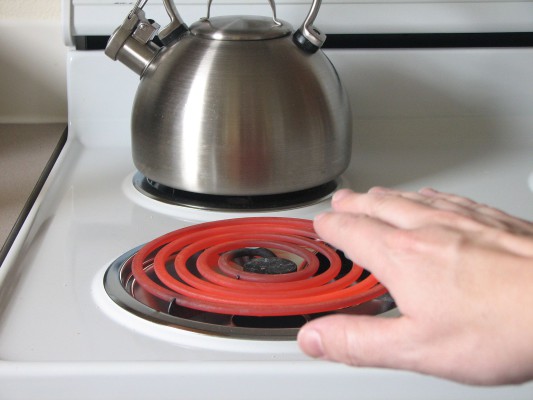 Pain is a grossly misunderstood concept. It accompanies suffering, hurt or injury and is the unpleasant part of life we certainly all prefer to live without. That much is understood. It is however also an intrinsic part of development and survival, since we learn more from pain than laughter. The fear or dislike of pain is what often keeps us from doing more harm to ourselves…

The sudden pain experienced when touching a hot stove top causes you to pull your hand away immediately, saving it from permanent damage. Herein lies one of the eternal characteristics of pain: it serves us as a reliable friend. Yes, pain can also be your friend. If you were to treat it as such and listen to it’s warnings, you will save yourself a lot of trouble.

The problem with living in this time of instant-everything, when comfort has become king, is that most people cannot be troubled with pain and it’s complicated motives. As Gray Cook puts it, “we embrace all other warning signs in our lives – computer virus alerts or the oil light on the dashboard – but when it comes to the body, we act as if the warning sign of pain is an inconvenience. We cover it up so we can keep moving” (Movement, 2010:50).

Modern medicine has provided great cover-ups with painkillers and anti-inflammatories, and conditioned most consumers to believe that treating the symptoms of pain is all there is to know about pain. Every time you take a painkiller instead of seeking the cause of your pain, you are basically telling your body: ‘Be quiet! I don’t have time to listen to your nagging!”

In a similar way that your child will respond to this form of continuous ignorance, the more you treat your body this way, the less authentic communication will occur between the two of you. And the more dislocated you become from your body, the less awareness you’ll have of that which is harmful to you.

Due to the holistic principles underlying all natural life, the same principles applies to emotional pain: gratifying behaviours that brings short-term relief is often not only unhealthy, but denies the cognitive recognition of underlying causes. A prolonged lack of honest communication between the heart and the head eventually leads to a heart being closed to any healing, unable to love or be loved…

Back to physical pain though, and in particular how it relates to movement. Pain changes the way we move in a highly unpredictable and individual way. Although we don’t exactly know how pain will effect the movement of a particular individual, we do know that the body does not enjoy pain and will find ways to work around it. In the presence of pain, movement cannot be regarded as authentic.

The body’s survival instinct allows it to compensate for pain in order to complete the task required. This compensatory movement places a high demand on particular muscles and joints to perform in ways they were not designed to function, resulting in movement imbalance, overuse, and eventually breakdown.

You might think, ‘that’s exactly why I use painkillers and strapping’. The problem with this perception is that although painkillers, braces and tape offer short-term relief of pain and might allow you to finish the game, these were never meant to be long-term solutions. Many sportsmen and women have however become so attached to these cover-ups that they’ve learned to use them on a semi-permanent basis.

Overriding your body’s ‘motherboard’ not only desensitises you to it’s pain signals, but also leads to what is called an acquired movement dysfunction. What pain was trying to tell you is that something is over-worked or used inappropriately and therefore functioning at suboptimal levels. It is warning you of possible breakdown, similar to the red light on your dashboard. Not adhering to the warning sign by stopping to investigate the cause, forces your body to adopt altered movement patterns to accommodate for the pain and the strapping (some strapping limits mobility and effects proprioception).

Although altered movement patterns allows for temporary functionality, it’s long-term effects often contributes to a breakdown of functionality. The brain records the compensatory muscle and joint activity as it’s new Status Quo, and the longer this state of compromised alignment and inauthentic stabilization continues, the more imbalances the body develops. Eventually leading to further overuse, and guess what, more pain.

Painkillers are not the only quick fixes used in our time to deal with chronic movement related pain. Sadly many rehabilitation professionals are helping athletes to ‘fix’ their pain in a way that is disrespectful of the principles of nature and movement. Following is a real-time example to demonstrate this point:

Recently a gifted athlete came to me with a number of chronic pains, of which the latest (and most debilitating) was pain in the lower abdomen. With a history of competitive sports and doing high intensity training 6 to 7 times per week, the 28 year old has unknowingly earned his pain. I performed a Functonal Movement Screen on him (as I do in all first consultations) in which he scored 7 out of 21. Broken probably come closest to describe his movement capacity.

A few months before this breakdown of functionality, he experienced chronic pain in the left knee during and after running. He consulted a Biokinetesist who did a gate analyses and advised him to change his running technique. The solution offered was to use minimalistic shoes and he was taught to run on the forefoot.

These fixes did result in a decrease of the pain in his left knee. However, a few months down the line he developed heel pain on the left, was still struggling with chronic pain in the left TFL, had pain in the right shoulder, and then came the abdominal pain…

There’s no point in going into a chicken or egg debate about which dysfunction led to the next, but what became clear in further assessment of this athlete (using the Selective Functional Movement Assessment) is that he had various dysfunctions which contributed to the original knee pain. As Gray Cook so brilliantly says: “Attempts to correct gait patterns on a dysfunctional system with poor fundamentals is like manually wagging the tailof an angry dog to make him happy. […] Make the dog happy and the tail will wag automatically.”

The the initial quick fix of the knee pain started at the wrong end and ignored the existence of any causative imbalances (or dysfunctions). This mechanical approach to movement, ignorant of the holistic essence of human functioning, disrespected the intelligence of nature and pain as indicative of underlying causes. It forced mechanical changes on a dysfunctional system, leaving the body no choice but to compensate even further, eventually leading to complete breakdown.

Another way of dealing with chronic pain which has become very common in our day, is of course surgery. For permanent structural damage, like a 3rd degree ligament tear or a burst appendix, there is without a doubt no better solution available than surgery. Today however, surgery is more often than not also the first choice solution for non-medical problems.

Due to a lack of understanding and respect for the holistic functioning of the human body, medical professionals are recommending surgery left, right and centre for functional (movement) problems not rooted in permanent structural damage. Here’s another real-time example:

Just over a month ago an X-rugby player came to me with severe pain in the right hip. His doctor recommended him to see a surgeon, who diagnosed the pain as the result of a hip joint (femoroacetubular) impingement. The solution offered was of course surgery. The patient, still recovering from complications of surgery on his right shoulder which was supposed to “clean up” the rotator cuff, was looking for a non-surgical solution.

Having played rugby into his 40′s, he’s been through the wars, and although fairly fit, struggled with severe limitations in mobility of the neck, shoulders, thoracic and lumber spine, as well as that right hip. In our first assessment I learned that he had undergone a ‘hernia’ operation 4 years prior on the same hip. In fact, all the injuries he’s ever had occurred on his right side. Despite this history and the current pain in his right hip, our movement testing revealed he was still right leg dominant. It seemed obvious that the immobility of the right hip had a functional explanation… 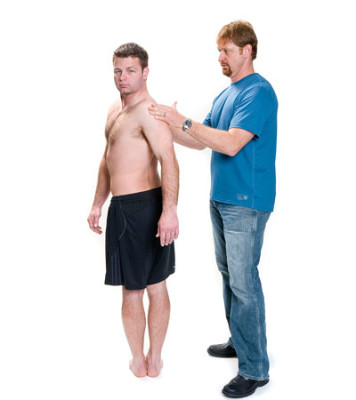 The movement dysfunctions identified by the SFMA became the focus of a correctional program, consisting of lots of soft tissue regeneration, some chiropractic adjustment and weakness specific mobility work. After 4 weeks into our program, the pain in his right hip was gone. By addressing the causes of his Tissue Extensibility Dysfunction which caused the Joint Mobility Dysfunction, full functionality of the hip joint was restored.

Eight months prior to this, while working for a PSL football club in Cape Town, I intercepted another case of a dysfunctional hip heading for surgery. The team doctor diagnosed a possible hip labrum tear on a talented 17 year old (currently playing for Bafana Bafana). After performing a SFMA on the player, I convinced the doctor to give me 3 months to put him thorugh a correctional program, before considering any medical solutions. Only 1 month into our program, the same doctor assessed the hip and found no sign of any possible labrum tear.

These are certainly not isolated cases of functional problems being misdiagnosed as medical problems, as I have encountered many over the last 7 years. In most of these cases pain was regarded as a sign of injury or possible structural damage. If pain were however seen as a medium of communication by which the body is warning of potential breakdown, and offering guidance about how to find the underlying cause(s), the misdiagnoses might never have occurred.

You see, if you regard pain as the enemy, you tend to shoot at first sight. If you respect pain as an integral part of function however, you’ll take time to ask questions and seek understanding. Your viewpoint doesn’t change the reality, but it determines the path of action.

I dislike pain as much as the next guy, and certainly prefer to not give it permanent residence. I have however learned to accept that pain is most often the messenger of an underlying issue, and not the enemy itself. By understanding pain as language we can use its guidance to identify and address the causes of dysfunction, whether in movement or health. This approach prevents further trouble and improves holistic integrity.

Pain has many badges. It can be physical or emotional. It can be acute or chronic, new or old. Although pain can take on different colours and evoke different emotions at different times, it always remains an essential part of an intelligent system of life. And since life without pain is not possible, maybe it’s best to accept it and seek to understand it. 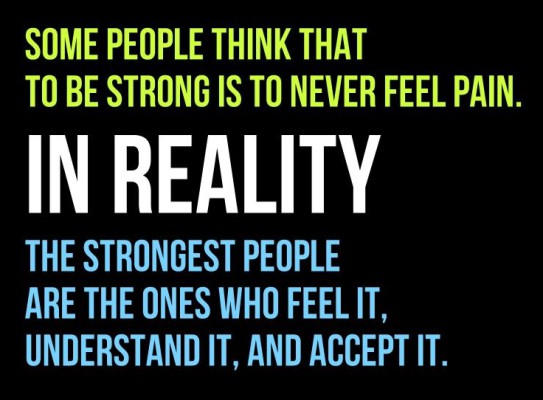