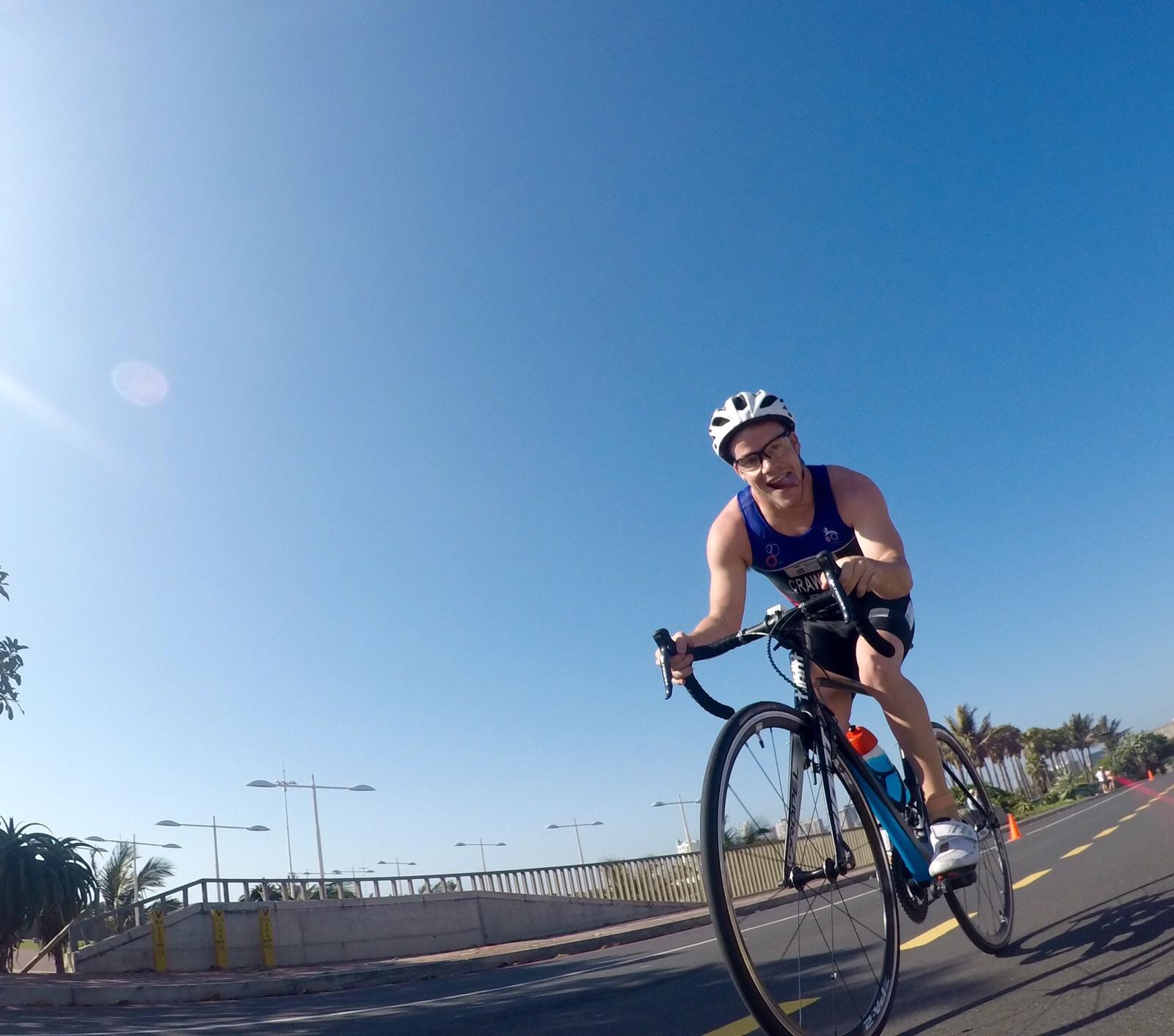 With triathlon being his passion, Sebastian Crawford will drop the swimming and running as he takes on the 2015 Momentum 94.7 Cycle Challenge as part of The Paige Project team that looks to raise funds for cerebral palsy.

Durban – Up and coming para-triathlete Sebastian Crawford will take on the gruelling Momentum 947 Cycle Challenge in the name of The Paige Project this weekend to raise funds for children that suffer from cerebral palsy.

The Paige Project is one of the charities that benefits from the 947 Cycle Challenge and Crawford is excited by the prospect of taking on one of the most prestigious one day classics in the country for this charity.

“The main thing for me was that I was going to be giving back to a charity,” beamed the Westville resident. “My aunt in Johannesburg told my parents about it and they said that I would do it! I didn’t know about this until they told me recently but I am really excited about the race and the prospect of being part of something so big!”

It has been a long process for fellow cerebral palsy sufferer Crawford who has had to raise money to qualify to ride for The Paige Project. With cycling not being his strongest discipline in his triathlon repertoire he says he is just going to try and enjoy the experience as much as possible.

“The race has definitely not been a focus for me training wise. I am just really looking forward to being part of the whole event and I will be riding with my cousin who is in grade eight.

“He looks up to me and so being able to ride with him and enjoy the day with him and all the other riders that will be taking part in such a great cause is something that I am really looking forward to,” an excited Crawford added.

For the Elite Athlete Development Programme (EADP) athlete it will be the first time that he takes on this particular challenge and despite having completed a number of the local one day classics he is apprehensive about the task that lies ahead.

“I have done the Tour Durban and the Amashova but I am still a little nervous about this challenge.

“I have heard that the last 20 kilometres are up hill which is going to be a serious challenge for me but with my riding training that I have been doing for my triathlons I am sure that I will be strong enough.

“The whole vibe around The Paige Project is great and we have a dinner the night before the race which will be give us the chance to meet other riders and get excited about the race the following day,” explained Crawford.

Without the help of a number of sponsors Crawford would not have been able to raise the funds that he did and he is grateful for all of the input that people put in to help him assist in raising awareness for cerebral palsy.

“We spent a lot of time at the Pick ‘n Pay Westville Junction and I want to thank Ross Henry for the assistance in helping me raise this money so that I was able to join the cause.

“The Rotary Club Umhlanga also played a big part in helping me as well as did all of the people who came out and donated to this worthwhile cause,” a proud Crawford concluded.