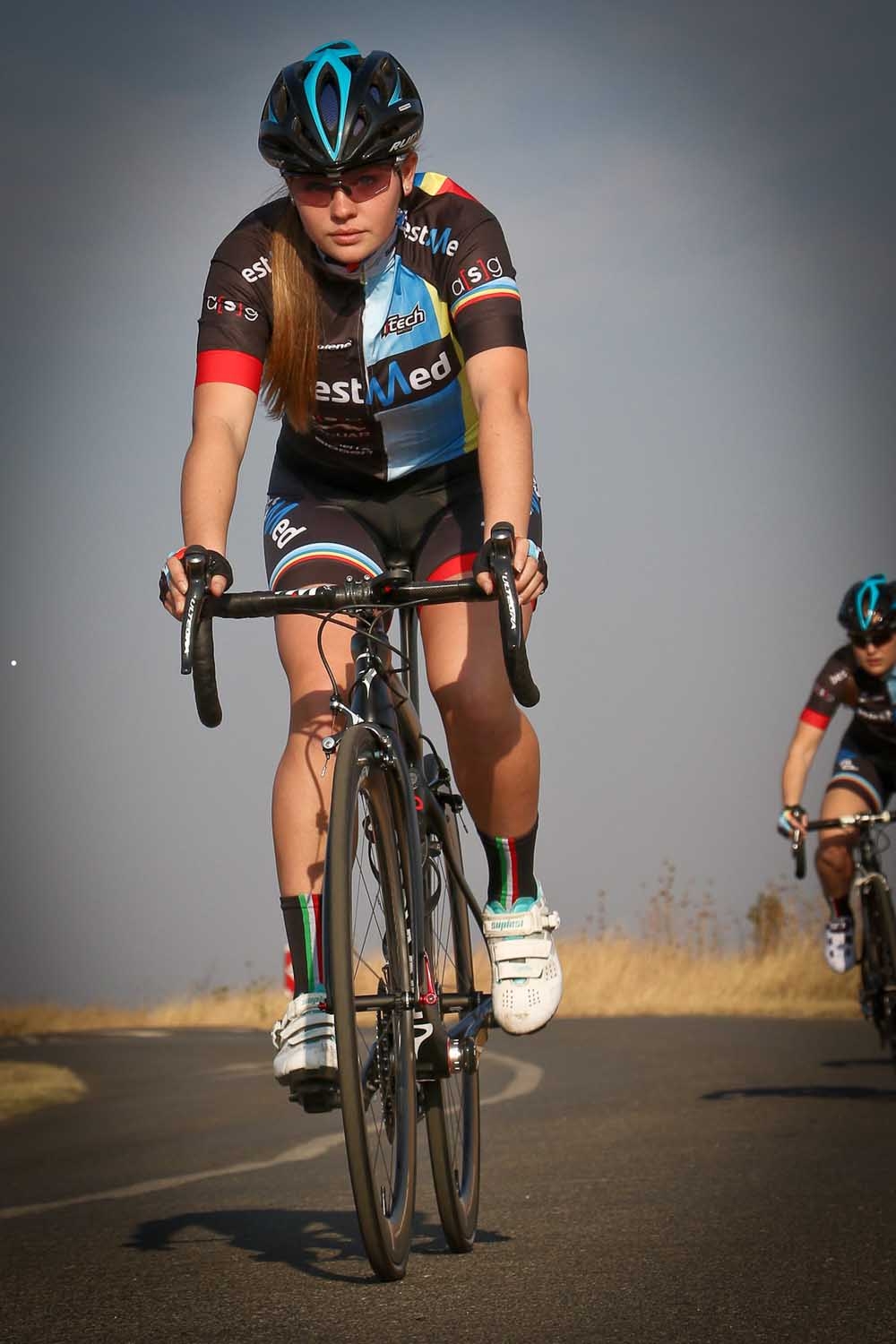 Team Bestmed-ASG’s Ashleigh Parsons won five of her six events to claim the under-16 title at the South African Omnium Track Championships at the Bellville Velodrome in Cape Town on Thursday evening.

Parsons put on a fireworks-filled display over the course of the two-day event to secure the overall champion’s jersey on Guy Fawkes Night.

She dropped out of the elimination event, leaving her teammate Jessica Brown, 16, to take that win and silver overall.

Their fellow Bestmed-ASG rider and 2014 elite champion Maroesjka Matthee was unable to defend her jersey as she is still recovering from a serious arm injury sustained earlier in the season.

“I’m very sorry she couldn’t race because she’s out-and-out the best female track rider that we have in the country,” said Parsons.

Parsons, who attends Huguenot High School in Wellington, said she was thrilled with her victory despite juggling a hectic study schedule.

“It’s been hard training for the champs with school and exams. I had to have training sessions before school and sometimes late in the evening but all the hard work has definitely paid off.”

The young rider, who is also the reigning national track champ in her age category, said the omnium was particularly challenging because participants had to contest all six events.

“This is something really good to add to my CV and my cycling accolades so far. I can now say I have won both track nationals and omnium champs.

“On the track, the races are short but it takes a bit out of you. You just have to put your head down and race as hard as you can.”

While the bunch races were exciting, she said her favourites were definitely the time-trial and individual pursuit.

Parsons certainly proved her affinity for these events when she set new SA records in both at track nationals in April.

She already has her sights set on gold at next season’s champs, which would make it six years in a row.

“Next year I take on my final year as an under-16 rider. Then I’m going to put my head down and take on straight-on national records that are going to stay in the record books for a while,” said the determined youngster.

Earlier this season, Parsons claimed the category win in her first major road race, the Emperors Palace Classic in Johannesburg.