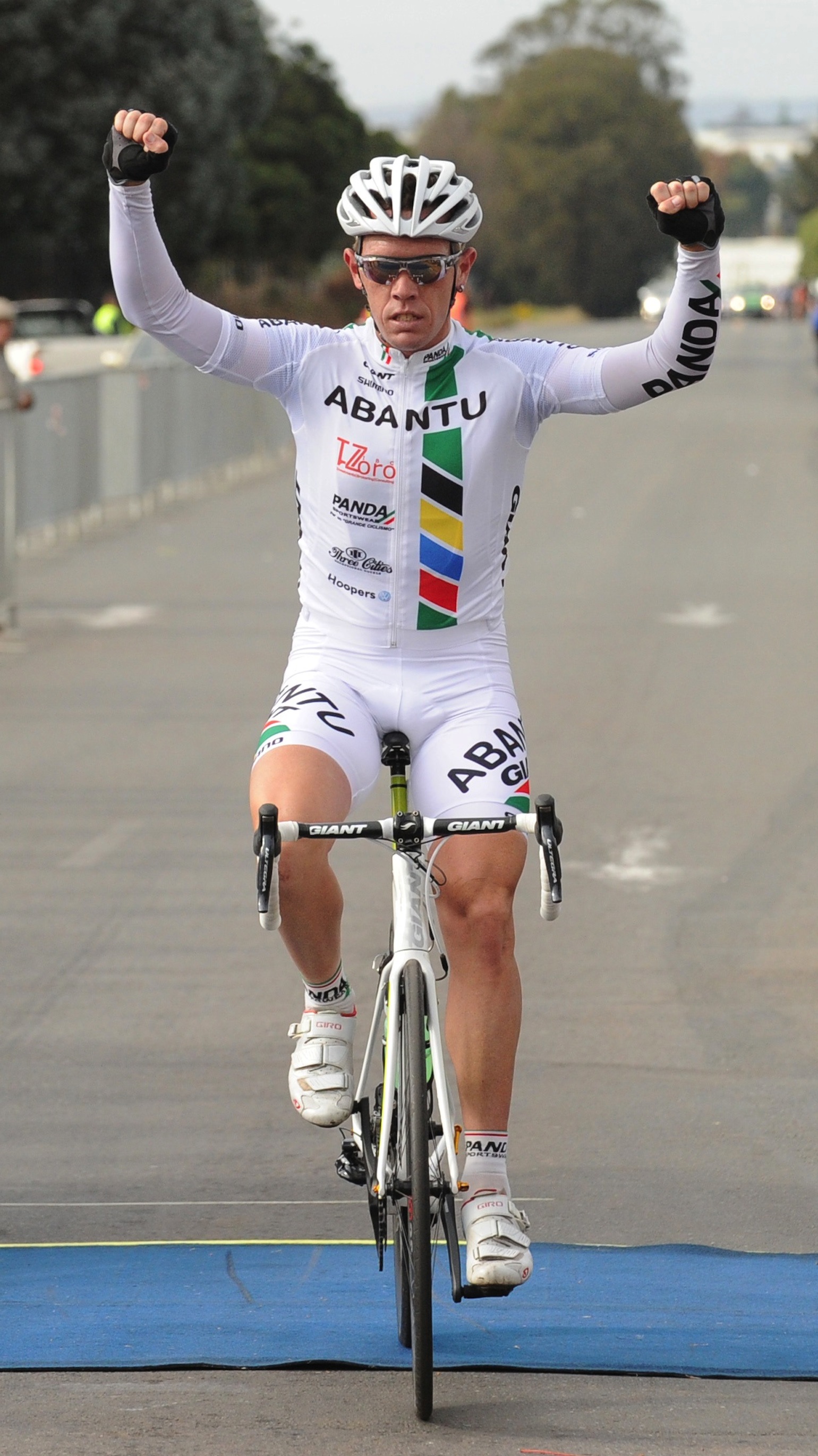 Team Abantu’s James Perry will be looking to retain the throne at the Emperors Palace Classic, presented by ASG, in Johannesburg on Sunday, April 12. Photo: Peter Morey

Defending champion James Perry will be looking to retain his Emperors Palace Classic throne when he lines up for the road race in Kempton Park, Johannesburg, on Sunday, April 12.

The former national time-trial champion, who made a calculated solo escape in the final 10 kilometres last year, will have a tough task ahead of him as he aims to make a comeback after crashing in December and breaking his hand.

“I was out until early January and am only starting to find form now,” said Perry.

“I used the recent Bestmed Tour de Boland and some other races in the Cape as a good training block, so now I just need to make sure I do my job for the team.”

“We enjoy this challenge and in every race we go into as defending champs we pay that much more attention.”

The West Rand resident will face stiff opposition from the rest of South Africa’s top pro teams, including the MTN-Qhubeka feeder team, Bonitas, Westvaal and EuropcarSA.

“Last year we came off the back of the Mzansi Tour, which for me was a good thing from a form perspective,” said the seasoned 35-year-old.

“The older you get, the better you perform when all the young guns are a bit fatigued.”

This time round, the weeklong national track championships will finish the day before, therefore all the country’s fast men will be on site and on song for the fast and flat route through the City of Gold.

Perry’s teammate and 2013 winner David Maree could put another spoke in the wheels of the opposing teams, as could track danger man and two-time Cape Town Cycle Tour champion Nolan Hoffman.

After the feature race, the pro teams will take part in some exhibition-style racing during the Circuit Spectacular – a high-speed 30-minute criterium at the casino resort.

“We’ll make a call on the day who starts, as the tight crits favour certain riders, but all the teams’ sprinters are likely to play a part,” said Perry.