PioneerSpirit Chapter 3: Live from Oudtshoorn as the Cape Pioneer Trek Races to its Conclusion 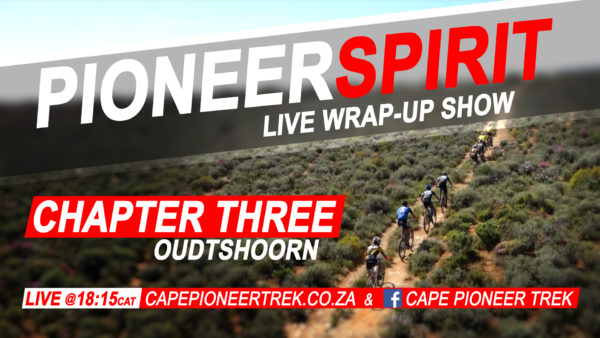 Six days, one prologue and five stages, into the 2016 Cape Pioneer Trek only the final 57km stage remains. And with the Grand Finale firmly in sight join us tonight at 18:15 (Local Time/GMT+2) as we wrap-up, live, for the final time with #PioneerSpirit: Chapter 3.

The 2016 Cape Pioneer Trek has been a remarkable event for so many reasons. On the racing front Erik Kleinhans and Matt Beers overcame two terrible days to add back-to-back-to-back stage wins to their prologue victory, while the Estonian duo of Peeter Pruus and Peeter Tarvis ripped the race apart with their aggressive tactics at every opportunity, and Gawie Combrinck and Nico Bell proved consistency is king in stage racing as they established a firm hold over the leader’s yellow jerseys. There’s been wildlife induced drama too, as you’d expect from a race through the South African bush; with a giraffe nearly ending the races of Gerben Mos, of KMC Fruit to Go, and Lukas Islitzer, of Craft Rocky Mountain Factory Team, but Switzerland’s Arnaud Rapillard, of Mountian Tschopp, wasn’t as fortunate… Rapillard hit a tortoise, of all things, and crashed out of the race on Stage 4. 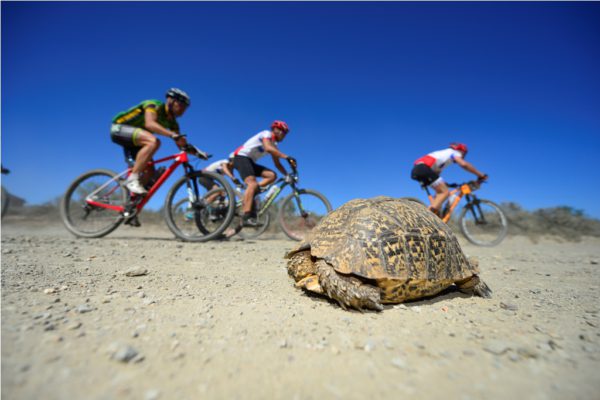 There have been war stories aplenty further down the field too, with tales of mechanicals, helping hands from fellow riders and on Stage 4, in particular, suffering in the blistering heat of the Klein Karoo as the mercury rose to 40 degrees Celsius. Upon crossing the finish line the soul in the Cape Pioneer Trek’s #racewithsoul motto comes to the fore. Riders are handed ice-cold recovery drinks, their bikes are taken to the bike wash and mechanics by the helping hands of volunteers, and the riders can focus on getting their bodies and minds ready for the next day. Recovery, as Gerald de Kock discovers during #PioneerSpirit: Chapter 3, takes various forms from a swim in the Langenhoven Gimnasium school pool, to an ice bath and a recovery massage, or even a few ice cold Cape Brewing Co craft beers. But all recovery strategies include lunch and, at the very least, an attempt at an afternoon nap. 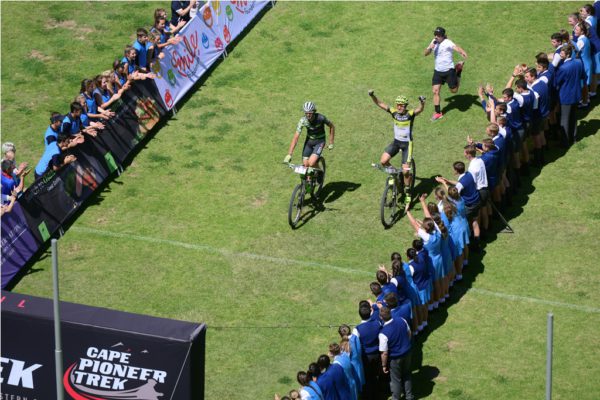 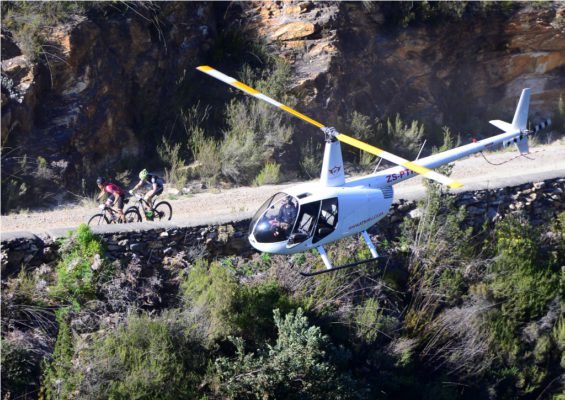 If you missed Chapters 1 or 2, or if you can’t tune in live at 18:15 you can always watch #PioneerSpirit, at your leisure on www.capepioneer.co.za. And remember we’d love to hear your thoughts so feel free to join the conversation, tweet your views on #CPT2016 and #PioneerSpirit to @CapePioneerTrek.