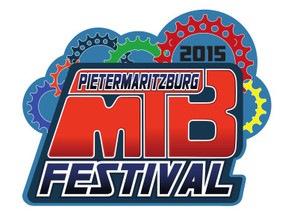 After playing host to four UCI MTB World Cup legs and the 2013 UCI MTB & Trials World Championships – together with a host of other international Road, Track and BMX events – 2015 sees KwaZulu-Natal’s capital take a break from the top level of the international racing circuit to focus more on the local cycling scene.

“Pietermaritzburg is not part of the 2015 UCI MTB World Cup calendar due to a year of consolidation by the UCI of the World Cup series. Cycling SA has agreed to the process initiated by the UCI, and felt that this year was the right time to step back and refocus on the overall national position of all of cycling in SA,” explained Event Director Alec Lenferna.

“Instead, we’ve put together a programme for the Pietermaritzburg Mountain Bike Festival that is largely focused on providing local and national mountain bikers with an opportunity to not only watch a top class event but participate in as well!” he added.

A leg of the Spur MTB Series, a development programme and a variety of marathon events – ever-popular amongst the South African mountain biking community – will afford local cycling enthusiasts the opportunity to be a part of the action regardless of their age or ability.

“KwaZulu-Natal Department of Sport and Recreation’s mountain biking development programme has been run throughout all 11 districts of the province over the past few months and will culminate at the PMB MTB Festival.

“For many of these youngsters this will be their first ever opportunity to come together and experience a course and an event of UCI standards!” said Lenferna.

There will however still be a strong elite showing at the three day event too. 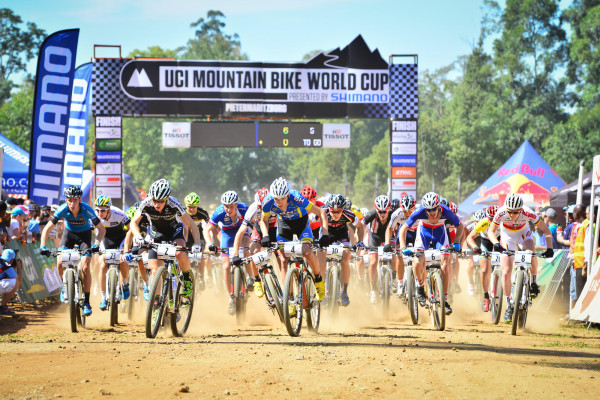 While the UCI MTB World Cup may not be heading for South Africa in 2015, the 2015 Pietermaritzburg Mountain Bike Festival that will take place at Cascades MTB Park – Darren Goddard/
Gameplan Media

The country’s top downhill competitors are set to do battle in the second leg of the 2015 Stihl South African MTB Cup Series on Sunday 5 April after watching their elite cross country counterparts tackle the toughest assignment of the weekend the day before when they go toe-to-toe with some of the world’s finest XCO talent in the HC category – one level below a World Cup – cross country event.

“There is great international interest in South Africa as a mountain biking destination early on in the year with many top international cross country riders set be in the country over the period already due to their participation in the 2015 ABSA Cape Epic,” said Lenferna.

“The Epic ends on 22 March and so we expect many of these top riders to then head to Pietermaritzburg for the HC cross country race on the Saturday (4 April) as they look to try earn themselves as many UCI points as possible ahead of the 2016 Olympic Games in Rio de Janeiro!

“Therefore, while the focus of the PMB MTB Festival is more on the national scene, we’re still looking forward to having the excitement and interest of international racing!”

While Pietermaritzburg may not be on the UCI’s 2015 MTB World Cup radar, plans are a long way down the road in ensuring the return of international racing to PMB in 2016 across a variety of disciplines.

“If all goes according to plan, we will be back on the UCI MTB World Cup circuit again in 2016 while we’re also working closely with the UCI regarding Pietermaritzburg hosting the Masters MTB World Championships again in the near future.

“Along with the popularity of marathon riding in South Africa and the Olympic discipline of cross country, enduro is a discipline that continues to grow rapidly both locally and abroad and we hope that the inclusion of an enduro event in this year’s PMB MTB Festival will pave the way for possible inclusion of our event on the Enduro World Series’ calendar shortly as well.”

“Therefore, we aim to utilise this year’s PMB MTB Festival to lay the platform for us to build on in the coming years both on the national and international cycling front.”