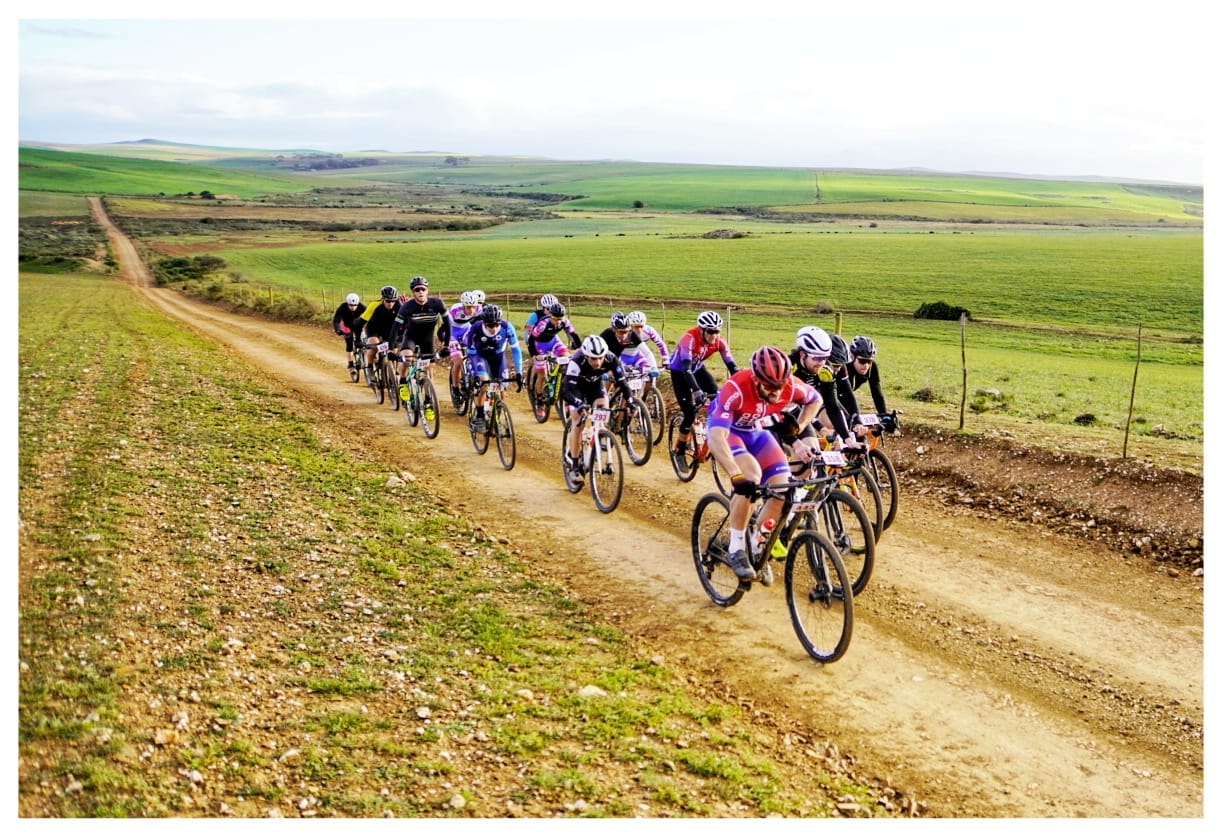 The leading bunch riding through the farmlands of the Overberg. Mike Posthumus was dominant on the front most of the way.

Mike Posthumus and Courtney Webb raced to victories, in muddy conditions, at the 2019 Chas Everitt Around The Pot – Overberg 100Miler – Presented by SEESA. The muddy conditions were caused by torrential rain pre-race. Fortunately for the 1 000 odd cyclists, who gathered in the Overberg town of Swellendam, the rain held off during the races. Along with the flagship 100-mile distance, the event also boasted a 60 and 25-miler races, as well as a children’s lap race at the Swellendam Show Grounds Start/Finish venue.

In the elite men’s race Posthumus was keen to ensure that the pace was high from the off. The doctor of Sports Science did big turns at the head of a select group which raced through the first 100 kilometers together. Also in contention for victory, as the race was briefly neutralised for the crossing of the Breede River on the hand-drawn Malgas Ferry, were Oliver Munnik, Erik Kleinhans, Louis Visser Junior and Robert Hobson, among others. 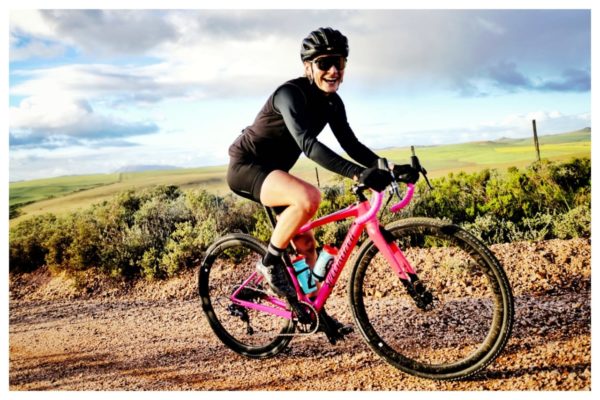 5. Kyle Hanekom smiling her way through the muddy and wet conditions, having a blast.

On the relentless rolling climbs from Malgas back towards Swellendam, on the Eastern side of the river, Posthumus escaped with Hobson and Visser Junior. Posthumus, who rides in the colours of Team dormakaba, then continued to inexorably exert pressure on his young rivals. Of the leading trio, Visser Junior, who represents Team Dimension Data’s feeder squad, was the first to crack. Then Hobson slipped from Posthumus’s wheel.

Posthumus rode into Swellendam to claim the 2019 Chas Everitt Around the Pot Overberg 100-Miler, Presented by SEESA, in a time of 5 hours, 22 minutes and 50 seconds. Hobson was second, 4 minutes and 45 seconds later, while Visser Junior hung on to finish third, 5 minutes and 54 seconds behind the race winner. 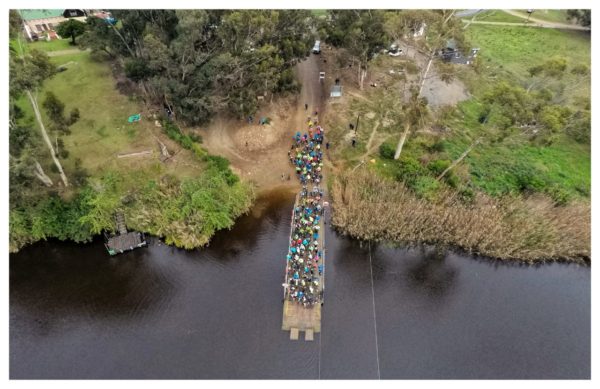 7. The Malgas Pond or Ferry crossing. It is a unique scene to a cycle race, but all riders enjoyed their Roosterkoek while waiting to cross

In the women’s race, Webb rode to a dominant win over the defending champion Kylie Hanekom. The talented Under 23 rider distanced her main rival relatively early in the race and gradually extended her lead over the second half of the route.

However, Hanekom was not disappointed to give up her title. She was more than happy to be racing in such a beautiful part of the country. “It was muddy, damp and chilly,” Hanekom revealed. “But the amazing views and route more than made up for that. Even though there were a lot more entrants this year, the Chas Everitt Around the Pot Overberg 100-Miler, Presented by SEESA, still had that great small town feel that made me fall in love with it initially,” the second placed finisher praised.

Webb and Hanekom were joined on the women’s podium by  Shauna Esmeyer. Webb’s winning time was 6 hours, 28 minutes and 18 seconds. Hanekom was 5 minutes and 59 seconds slower over the 160 kilometer long course, while Esmeyer was a further 31 seconds slower.

For all the results from the 2019 Chas Everitt Around the Pot Overberg 100-Miler, Presented by SEESA, please visit www.aroundthepot.co.za.

Tagged with: Around The Pot featured Overberg 100Miler