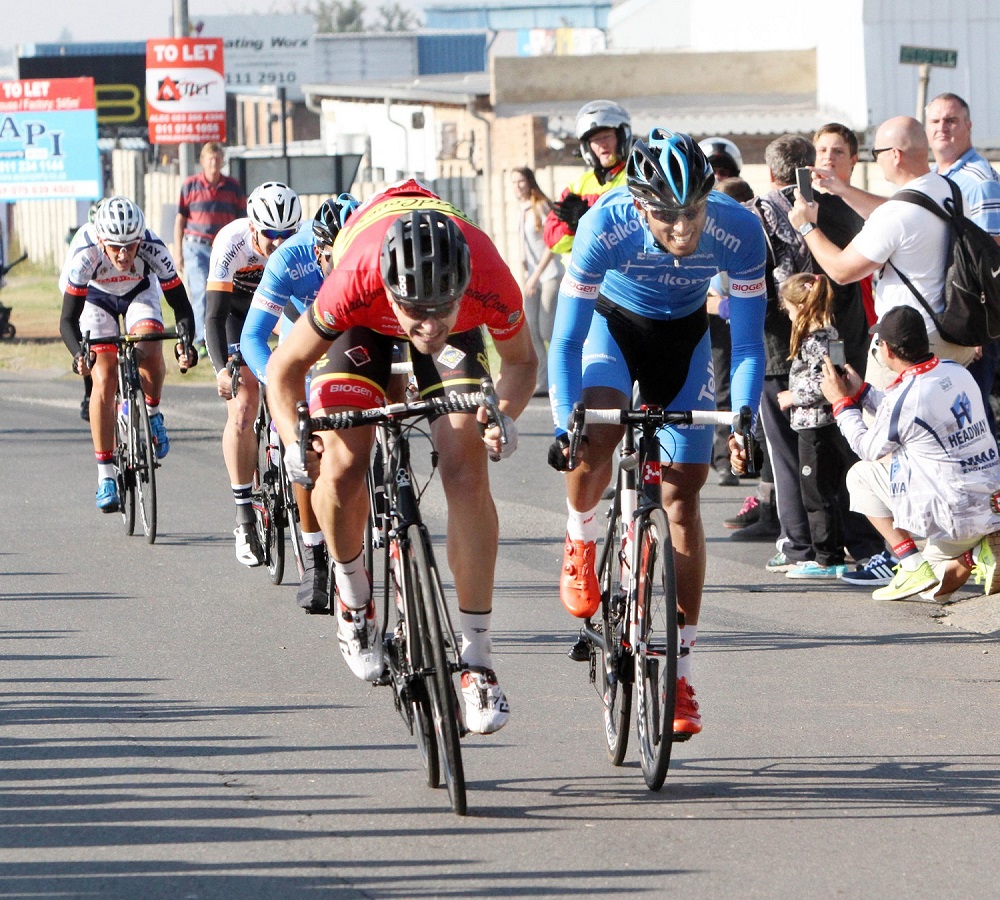 Already a multiple winner this season, Team RoadCover’s Bradley Potgieter is looking forward to another strong showing at the Bestmed Cycle4Cansa Classic at Sun City on August 21.

Already a multiple winner this season, Team RoadCover’s Bradley Potgieter is looking forward to another strong showing at the Bestmed Cycle4Cansa Classic at Sun City on August 21.

Although the 27-year-old from Wilgeheuwel in Johannesburg has enjoyed personal success, he said professional racing evolved around the team’s objectives.

“The big highlight was Clint (Hendricks) winning the Cape Town Cycle Tour this year,” said Potgieter, who learnt his trade while growing up in Pietermaritzburg.

“That was a major boost for a small team such as ours, plus I had quite a nice winning spree at the Emperors Palace Classic and Tour Durban.

“But what I’m happier about is that out of our six riders, five of us have won races this year.

“It just shows that the team has nice depth and you can always count on your team-mates to pull the slack if there is a bit of a squeeze.”

RoadCover will go into the 103km feature road race with confidence after Potgieter’s sprint victory at Emperors on a similarly fast course.

“Our preparation has been going well, but obviously we have just had winter so it’s been a bit challenging to train properly in the cold.”

He said team management had supported them well by sending them to both the Jock and Lowveld tours in the lead-up to the Bestmed Cycle4Cansa Classic.

“Those races have helped to get us in form for Sun City,” he said, while reiterating that they couldn’t afford to be over confident.

He added that the nature of the conditions meant it would be an open race, with a number of riders capable of winning.

“I have been the lead-out man on several occasions in this event, ending in success, but there can be nervous times because it is so fast and flat and there are no real opportunities to break it up.

“So you find guys getting involved in the front of the race who are not normally there and that brings a bit more tension into the bunch. It’s just a matter of trying to keep calm in the closing stages.”

With the Classic moved to the Sunday this year, the race returns to its original route, but Potgieter said he did not think it would affect the outcome.

“I think the race will play out as normal. A route change is not going to be much of a factor because the roads are all pretty flat in that region.

“We will recce the course but I don’t think the switch will be much of a curve-ball.”

Although they had not finalised their race strategy, Potgieter said he and Hendricks would be the protected riders.

“We have something in our minds but nothing is set in stone at this stage. We will chat about that just prior to the race and a lot depends on how everyone is feeling on the day.

“But with Clint and me we do have two options in play in terms of the win. Closer to the time we will have a better idea on how to tackle it.”

Notwithstanding the open nature of the race, Potgieter said he felt Team Telkom would be an outfit to watch.

“They took a back seat from racing for a while so we don’t really know how they will come into Sun City.

“I’ve heard they have had a few training camps and with strong riders such as Nolan Hoffman and Reynard Butler they also have two cards to play when it comes down to the line.”

The feature road race is supported by a 70km event, while the programme on the Saturday offers 25 and 50km mountain biking events.

The Cycle4Cansa Classic has raised around R3.5-million for Cansa’s education, patient care and support programmes.