Project Zebra: a 360-project for the Absa Cape Epic 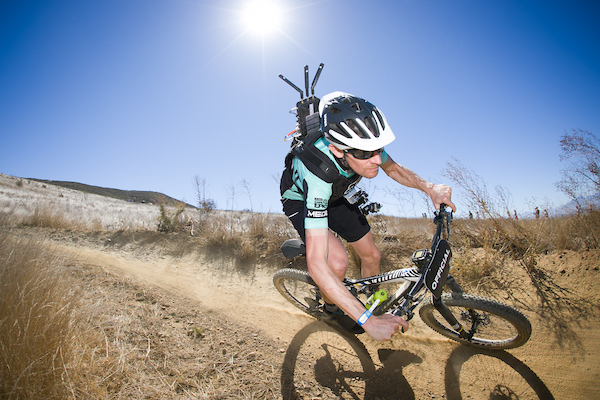 After the success of the Project Zebra in 2016, Bulls Bikes decided to go ahead with the project at this year’s Absa Cape Epic.

“We wanted to do something special. We have come such a long way with the Absa Cape Epic that it was important for us to celebrate our 10th race properly. There were several highlights – stage wins and three overall victories – but we have also experienced disappointments like the day when Karl was forced to withdraw in 2014 because of an injury. Then there was the desire to win again as a team and giving Urs his first win,” said Bulls team manager Friedemann Schmude.

Platt has won the race five times and with Stefan Sahm in 2010, the Bulls became the first team to win the Absa Cape Epic three times. The overall victories for Platt and Sahm were in 2007, 2009 and 2010.

The concept of Project Zebra came from the need to bring together the team’s origins in Germany, its European team riders and the Cape Epic. “It was important to us to make it visible. We wanted to show that this is the outfits and equipment we race in and with when we’re in action in Africa,” Schmude added.

The team rides with special kit and bikes that have zebra stripes. Everyone in the team also wears zebra-striped socks.

“If you make so much effort, you want to show it to the world. That is why we also started with a 360° live broadcast on the Internet in conjunction with the Absa Cape Epic.” The team also have an official photographer and videographer on board.

Last year Sahm rode and filmed on the Bulls EVO F 329 E-bike behind the front riders. The 360-degree image is made possible by several GoPro cameras angled in different directions, which is then merged into one image. All the images are put together by die 3sixtv-team.

“The Cape Epic is such a special event that we wanted to do more than just the usual. This year we have 17 people here at Cape Epic. We are participating for the first time with a women’s team in the amateur division. We have brought another e-bike with Thomas Dietch following the leading women. Now we are part of almost every aspect at the Cape Epic. With Karl and the guys we are part of the sharp end of the field, with Katrin Benz and Isabella Struck we cover the amateur section and with Stefan and Thomas we are part of the media! In this way we make the picture complete.”

According to Schmude it is always the main focus of the team to win, but the unpredictability that is the Cape Epic makes it impossible to know what is going to happen every day. “We are not experiencing our best Cape Epic, but we are keeping the big picture in mind and there are still a few days of action left.”