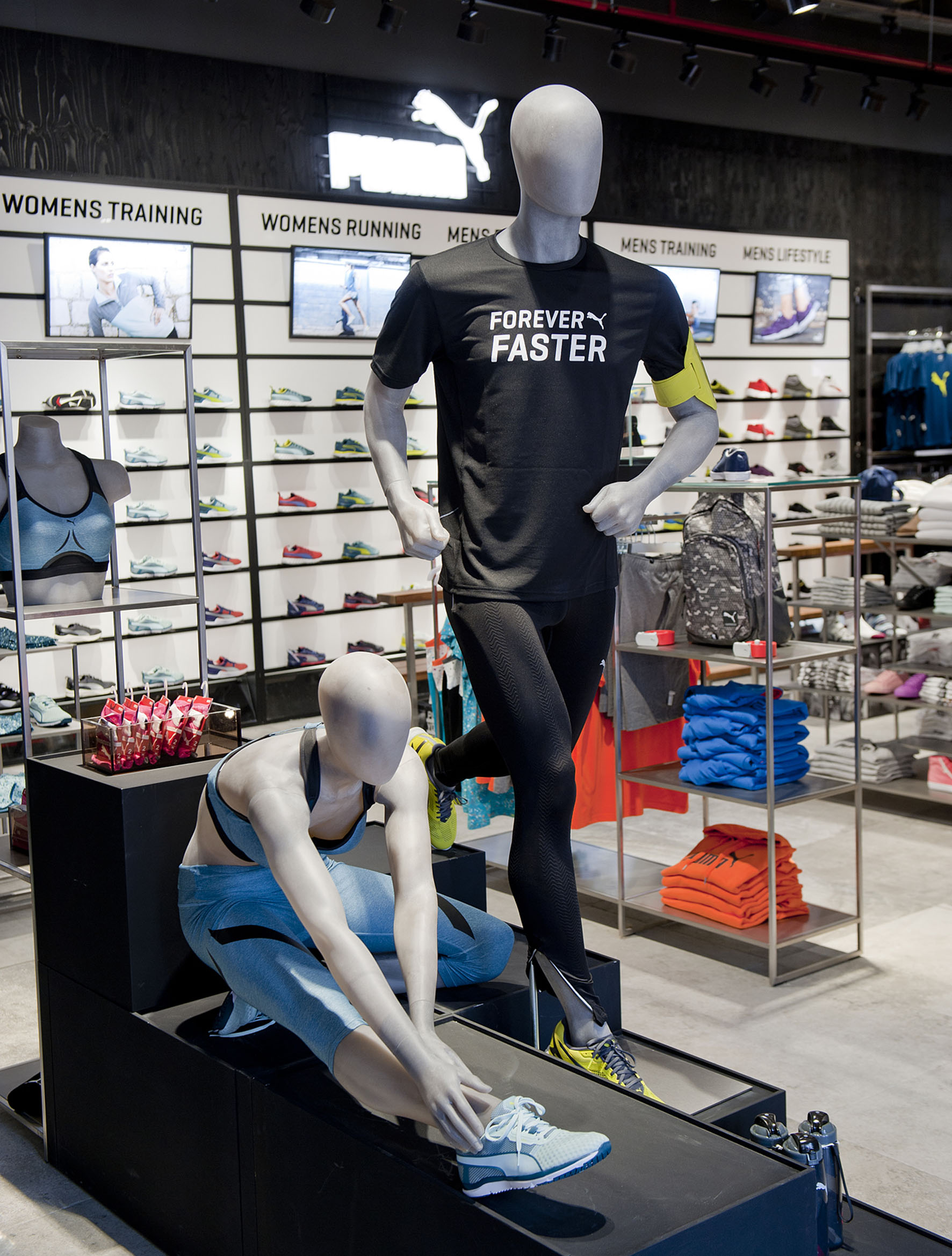 Forever Faster – the biggest marketing campaign in PUMA’s history – was launched in August 2014 and represents PUMA’s endless pursuit to push sport forward, to celebrate individuality, to play instinctually, to see opportunities rather than limits and to change the game.

“The store design is part of our new retail strategy to communicate more clearly and effectively in retail, putting the product and our athletes at the heart of the message – establishing a meaningful connection with consumers and effectively telling brand and product stories.”

The look and feel is modern and cool coupled with inspirational elements that radiate a sporty, energetic personality. PUMA’s long standing heritage as a footwear company is underlined by the strong visual impact of the new Footwear Wall, the focal point of the new store.

The store also features a PUMA DNA Wall displaying the brand’s sporting heritage, including quotes from legends like Boris Becker, Usain Bolt, Marta and Rickie Fowler, as well as images of iconic products, which are just as big a part of PUMA’s history as the athletes. The collage captures the spirit and personality of the athletes, shows PUMA’s most iconic products and ultimately projects the brand’s love and commitment to sport. 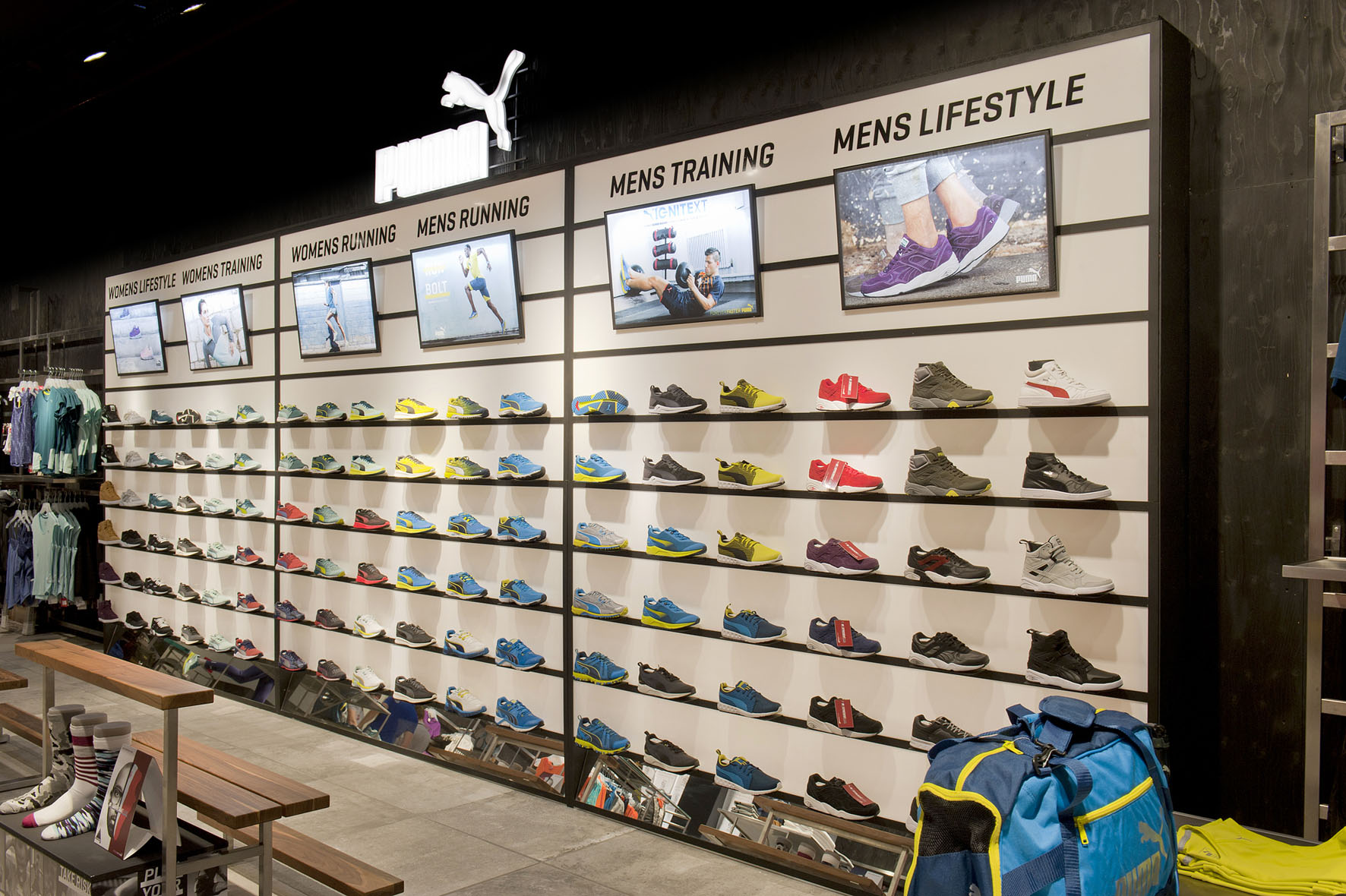 PUMA’s Forever Faster retail concept is mindfully designed to create a sustainable global impact and the lighting system takes full advantage of LED technologies to stage the merchandise in a much more dramatic way, but with very low energy consumption.

“Featuring our stars in the window displays and associating them with the relevant products is key,” said Bellinger. “After all these global stars endorse our products because they believe in them, and in us.”

The new PUMA store can be located on 177 Oxford Street, The Zone @ Rosebank, Rosebank, Johannesburg.