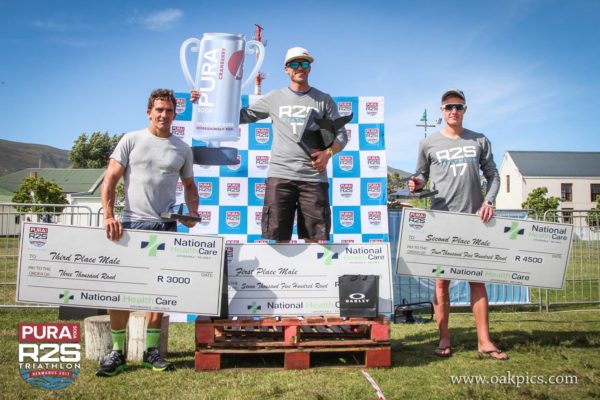 It’s now less than a month to go before the second Pura Soda Race2Stanford Triathlon, which takes place in Hermanus on 10 November and ends in Stanford.

Exciting news is that supporters and family members are now able to enjoy a 7km Fun Run around the quaint historic village whilst their friends and families are tackling the half iron distance triathlon.

The 7km family fun run will take runners, joggers and kids on the beautiful Wandelpad along the Stanford River and through a game reserve before ending on the Village Green. Runners can look out for one of over 200 different bird species of which 30 are endemic to South Africa. For the fast ones R1000 will be awarded to the first male and female who cross the finish line.

For those still considering entering the triathlon, this might sweeten the deal. The prize pot for the half iron distance triathlon, courtesy of National Health has been set at R32,000, awarded as follows:

The farm market on the village green will be the setting for the vibey triathlon bike-run transition and race finish line. Supporters & spectators will be served farm foods, cheeses, wines and craft beers. Make sure to try a G&P (Gin & Pura) also made with locally distilled Gin on the green or at the after party and rugby viewing at Birkenhead.

If you haven’t entered the triathlon already, entries close on 31 October, and if you don’t feel like you have trained enough, grab some friends and do the relay team for the triathlon and still enjoy the fun that follows.