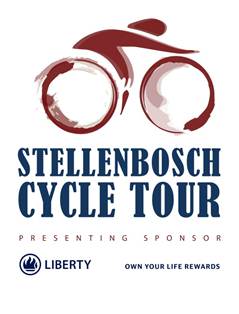 (Cape Town, 25 November 2014) Winners of the 2013 Stellenbosch Cycle Tour, Johann Rabie and Jennie Stenerhag have set the benchmark for this year’s race, aiming to defend their titles at the 8th instalment of the event on Sunday, 30 November 2014.

Both Rabie and Stenerhag secured podium finishes at the FNB Wines2Whales MTB race earlier this month, and have set their sights on finishing the year on a high at the Stellenbosch Cycle Tour. 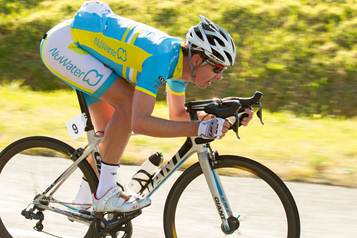 Rabie, who clinched the title in 02:27:04 in 2013, says:  “Hopefully I can win the race again this year.  I completed the short route a couple of times when I first started cycling, and I’ve won the long route twice.  I always enjoy this race because it is the last event of the year for me.  I’ve done a lot of racing recently and am starting to feel a bit tired, but am going to give it my all and look forward to another win on Sunday.”

Commenting on the route change this year, Rabie adds, “I enjoyed the Old Helshoogte Climb, but I like the fact that the New Helshoogte one is a bit tougher.  I love this race because it’s a local ride close to home, and I can’t wait to tackle it again.” 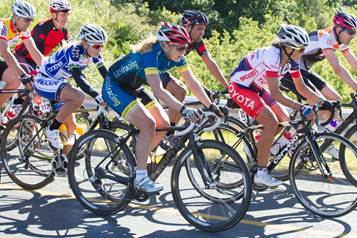 Stenerhag holds the record for the most wins in this race.  She clinched the Stellenbosch Cycle Tour title (previously named Die Burger Cycle Tour) six times in the past seven years, only missing out in 2012 when she finished third.

Coming off the back of a victory in the Bestmed Paarl MTB Classic, followed by her team’s win in the mixed category at the Coronation Double Century last Saturday, Stenerhag says she’s relishing the opportunity to defend her title.  “My training has been going really well and I feel I am really getting into the swing of things now.  I often train on the Old Helshoogte Pass because I live in the area so I know it really well.  The New Helshoogte Pass is a lot tougher as it’s quite a bit steeper in the beginning, but I’m excited about the change of scenery this year.”

Stenerhag finished in a time of 02:41:47 in 2013, adding “It really isn’t about the time that I finish in, but rather the effort I put in and how well I do in terms of skill and technique on the day.”

The Western Cape’s second-largest road cycling event will once again start and finish at Stellenbosch High School in Jannasch Street (just off Merriman Street), with the first group of riders scheduled to start at 06h00.  The challenging 95km route will remain the final seeding opportunity for next year’s Cape Town Cycle Tour, which takes place on Sunday, 8 March 2015.