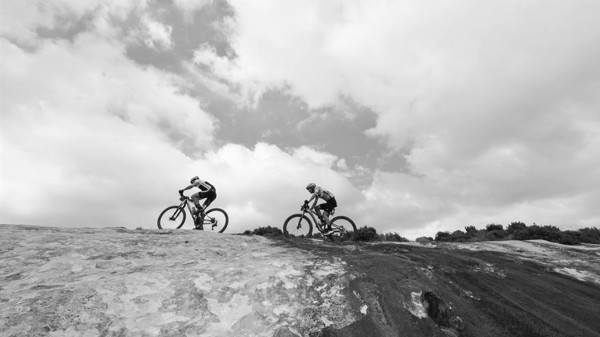 A more refined route has been designed for the 2016 Ashburton Investments National MTB Series Clarens event, which doubles up as SA Marathon MTB champs and is scheduled to take place this Saturday in the Freestate Maluti Mountains. The scenic route, at a high average altitude of 1700m above sea level, offers an ideal blend of steep climbs, challenging descents, firm, flowing singletrack and dramatic rock slabs that are characteristic of the region’s geology.

The Elite men will cover 112km while the Elite women will cover 77.5km. There will be less gravel road than in previous editions of the event, which is Round 3 of the Ashburton Investments National MTB Series, and more singletrack, making it more compact too.

The amount of total vertical ascent in both races is significant enough to make the race favour strong climbers. There is 1552 metres of climbing in the Marathon and 2141m of ascent in the Ultra-marathon.

According to Wessel van der Walt from Advendurance, the organisers, the term “slick rock” is well known amongst purist mountain bikers and refers to sandstone, mudstone, basalt and volcanic stone rock formations on which mountain bikes are ridden, mainly in Moab, in the USA.

“This rock has a very smooth appearance and is quite curvy in shape. Massive hills and outcrops in the Clarens region also have these exposed smooth, large rock plates. This is very similar to rock formations Moab, Utah, from where the term “slick rock” was derived,” said Van der Walt.

Supporters and spectators will be happy to learn that the new more compact route allows an increased number of viewing points to be able to witness the showdown between the top mountain bikers in the country.

The pre race favourites are far from decided following a very eventful Absa Cape Epic where Waylon Woolcock and Darren Lill (USN PureFit) walked off with the coveted African jersey title. Both will be on the start line in Clarens, buoyed by their improved technical riding ability and Cape Epic success. But that was almost a month ago – and a lot can change in a few weeks.

The 2015 national champion, Gawie Combrinck, and his NAD teammate, Nico Bell, are both sure to be in peak form for Saturday’s big showdown. They had a steady Cape Epic, finishing 12th overall and are both perennial podium challengers at the National Series events.

“The national champs is one of my goals for the year and between Nico and myself, we would like to keep the title in the team. Clarens is always hard racing, the elevation means the air is really thin and you have to judge your efforts carefully,” said Combrinck.

Some of the casualties from the Cape Epic who will be eager pull off a coup in Clarens include current national Cross-country champion, James Reid (Team Spur), HB Kruger (Team Telkom) and Gert Heyns (SCOTT LCB Factory Racing). Reid, winner of the national marathon championship in 2013 and 2014 will be motivated following his forced early exit from the Cape Epic due to temporary teammate, Heyns, falling ill.

Heyns, now recovered, is sure to be a little fresher than his rivals and hungry to continue his rise up the marathon racing ranks, as will Kruger, another who failed to complete the Cape Epic due to illness. Matt Beers (Red-E Cannondale) is probably the dark horse in the field, having finished on an Ashburton Investments Series podium before, he knows what awaits and is about due a big career-boosting result.

In the elite women’s race, the clear pre-race favourite is Robyn de Groot who will be looking to not only defend her title but also match the four-in-a-row record of former Olympian, Yolande Speedy.

“It’s one of those big goals for me each year. It is such a privilege to wear that jersey and have that title. I cherish the moment each time I race in the jersey. It is an important goal on my race calendar and a title that I’d like to hang on to,” said De Groot, who is enjoying superb form so far this year.

While there’s intense focus on the national championship element of the event, all entrants will be chasing points that matter for the overall Ashburton Investments National MTB Series, which crowns its winner closer to the end of the year after seven rounds of racing. For some it’s as important as a national title because it requires consistency throughout the year in order to excel.

In addition to the Ultra-marathon and Marathon, which take place on Saturday, there will be a Half-marathon, Fun Race and Fun Ride on Sunday.