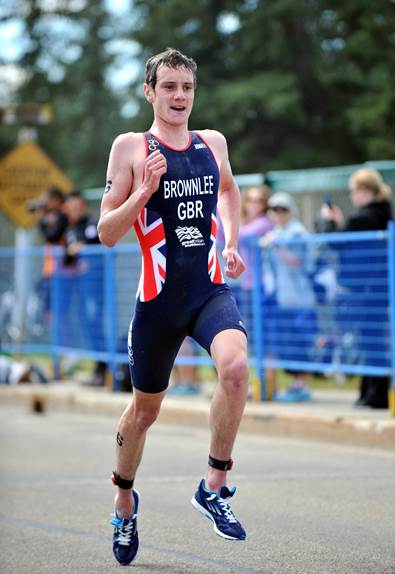 His brother is the inform athlete in the World Triathlon Series at present, but in the absence of Jonathan older brother Alistair Brownlee will be flying the family flag at the Discovery Cape World Triathlon on Sunday.

While Jonathan has won two of the three races in the World Triathlon Series thus far, Cape Town will be Alistair’s first World Triathlon Series race of the season. It will also be the British triathlete’s debut in the Mother City after missing last year’s event due to injury. “I’m really looking forward to starting my World Triathlon Series season in Cape Town. I was pretty fed up that I couldn’t make the trip with Jonny after a good winters’ training. But I have also learnt that injuries happen, so it will be good to get the season underway.”

Alistair struggled with injuries last season, but got his timing just right to win the gold medal at the Commonwealth Games in Glasgow. He is now the reigning Olympic and Commonwealth champion. Despite his reputation, Alistair believes that he has to be realistic when it comes to his expectations for Sunday, 26 April. “I’d like to think I will be competitive and I want to be competitive, of course. Most of the others on the start list have already raced a few times this year so it will be tough. There are some new faces breaking through this year as well as the more established names so it will be a good race.”

According to Alistair he needs to easy into the Series this Sunday, but he is more than willing and ready to race. “It’s a long season and I need to be at my best in August and September, but I’m looking forward to racing in Cape Town.”

One hundred and thirty elite triathletes from 80 countries will participate in the Discovery World Triathlon Cape Town. This will be the fourth event in the ten city tour, which finishes in Chicago later this year. It is only the second time that a leg of the ITU World Triathlon Series will be hosted on the African continent, with the finish at the brand new Green Point Athletics Stadium – the first international event to finish at the venue. The swim leg of the race will take place at Quay 6 at the V & A Waterfront.

Join the action at the V & A Waterfront. For route information or to enter go to: http://www.capetown.triathlon.org.

Triathlon is for everyone!