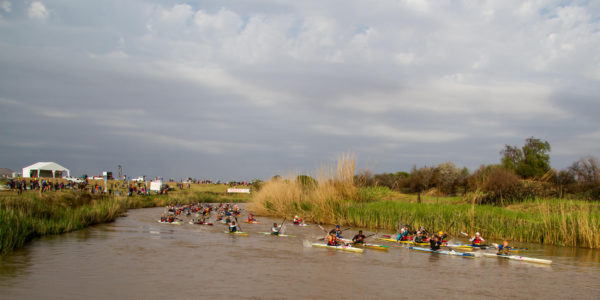 The picturesque Karoo small town of Cradock and surrounds is set to welcome hoards of enthusiastic paddlers and their families for the 2016 Hansa Fish River Canoe Marathon on Friday and Saturday. Kassie Karsten/
Gameplan Media

Cradock – A star studded field is ready to battle it out for the men’s and women’s spoils at this year’s Hansa Fish River Canoe Marathon and the year’s South African K1 River Marathon Championship titles when the red-hot action from the 82km, two-day Eastern Cape event from Grassridge Dam to Cradock Sports Complex takes place on Friday and Saturday.

Fresh off clinching K1 and K2 gold at the ICF Canoe Marathon World Championship in Germany, Hansa Fish K1 defending champion Hank McGregor is eager to go in hunt of a record-equaling seventh title at the event this weekend. 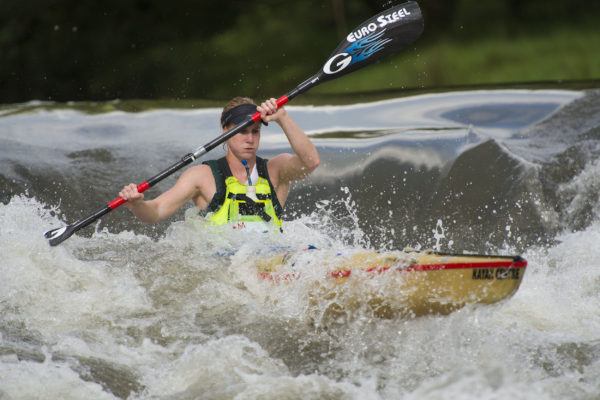 Euro Steel/Gara Racing Paddles’ Abby Solms will be hard to beat in the women’s race at the 2016 Hansa Fish River Canoe Marathon on Friday and Saturday. Anthony Grote/
Gameplan Media

McGregor’s title challenge will however be under constant threat from multiple sources as a dozen paddlers from throughout the country and the rest of the globe look to overcome the iconic Euro Steel/Kayak Centre paddler. 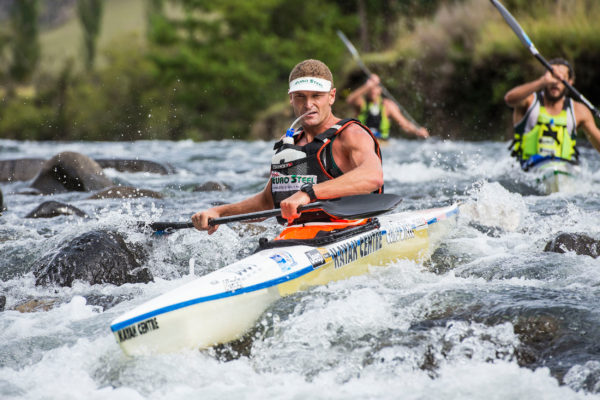 The women’s title sees Euro Steel/Gara Racing Paddles’ Abby Solms start this year’s clash as pre-race favourite as the 27 year-old, who has won four out of the last five Hansa Fish crowns, goes in search of a record fifth victory at the popular race. 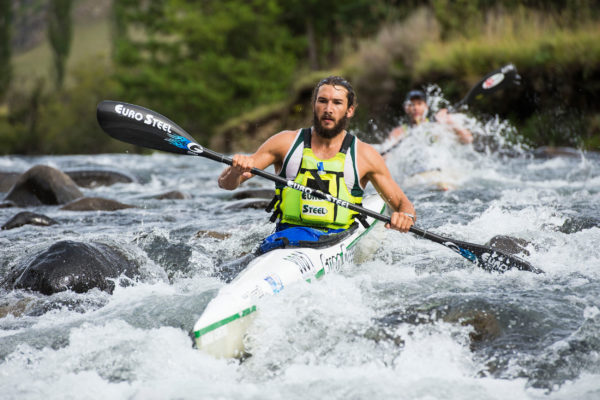 Euro Steel’s Andy Birkett will be a strong contender in the star-studded men’s field at the 2016 Hansa Fish River Canoe Marathon on Friday and Saturday. Anthony Grote/
Gameplan Media

The event’s popularity as a K3-friendly race continues to draw three-person entries from all corners of South Africa and is even enjoys international appeal in 2016 with Australian trio, Steve Bird, Jesse Phillips and Pete McBain and Austrian wildwater talents, ýManuel Filzwieserý, Christopher Kremslehner and Lukas Grünanger taking on this year’s challenge.

This year’s Hansa Fish will again see another chapter of the much-anticipated annual Inter-Varsity rivalry written while the Inter-Provincial tussle will be another interesting sub-plot that unfolds throughout this weekend’s racing.

While the racing promises to be action-aplenty on the water, the weekend’s festivities will continue off the water too as the legendary pre-race lamb potjie on Thursday nights, DJ Dee Steyn tracks on Friday evening and the renowned sounds of Desmond and the Tutus as well as Rubber DUC keeps crowds well entertained.