Ride for RedCap a resounding success 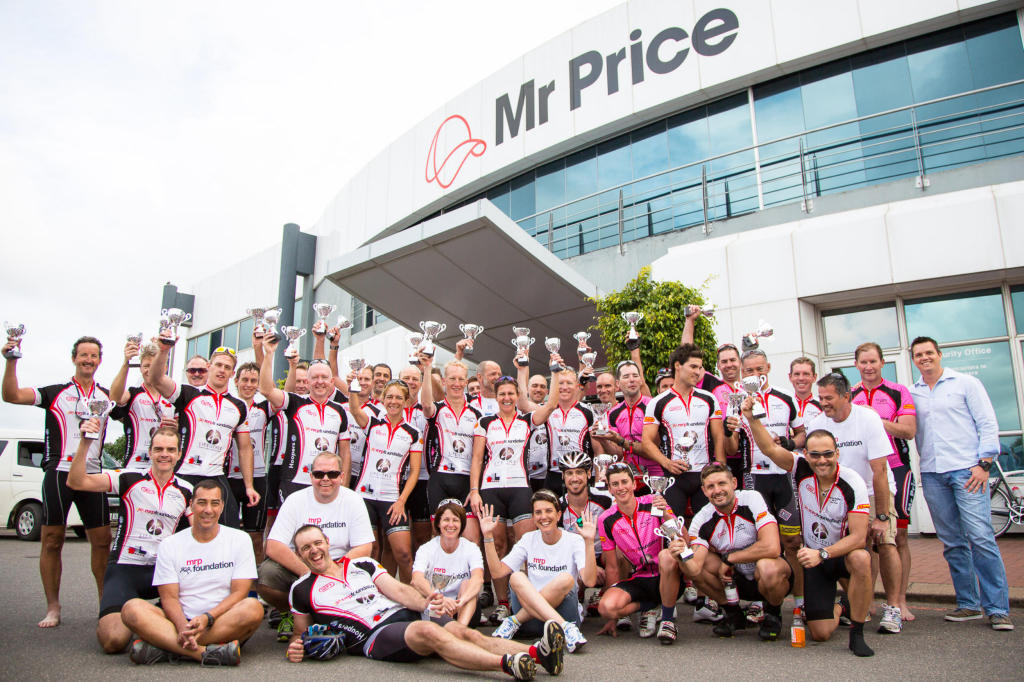 After two tough days in the saddle riders were happy to have completed this year’s successful Ride for Redcap endurance cycle in central Durban. – Pierre Tostee/
MRP Foundation Communications

Durban – After facing wet and windy challenging conditions for the start of the fifth annual Ride for RedCap at the weekend the 32 cyclists who successfully rode the 620km from Johannesburg to Durban over two days enjoyed stunning weather for the second day of their endurance ride on Monday which saw the cyclists raise over R160,000 for the MRP Foundation.

Formerly known as the RedCap Foundation, the MRP Foundation is an organisation which aims to empower South Africa’s youth through its nationwide programmes in low income communities focussing on health, education and employment.

Afternoon rush-hour traffic was interrupted briefly on Monday in Durban when the weary cyclists were given a warm welcome by the Ethekwini Metro Police and a worthy blue light brigade ushered them in following their impressive feat that includes stages that are longer than any one day stage on the Tour de France.

Kelvin du Sart, Mr Price Sport Cycle Club Chairman, was extremely proud of the cyclists completing the ride without incident and praised the way in which the riders braved the conditions on the first day.

“The first day held tough conditions as it rained non-stop but the guys still managed to finish an hour under time,” a beaming Du Sart said. “We took it easy today as everyone was tired from day one but we finished as a team!”

Craig Jones, five time Ride for RedCap cyclist, highlighted the camaraderie between the cyclists saying, “a bunch of guys came together in the beginning, not knowing each other too well, and 620km later are friends for life.

“This event is amazing for the MRP Foundation and we are really proud to be involved with such a worthwhile cause.”

For more info about the MRP Foundation visit www.mrpfoundation.org