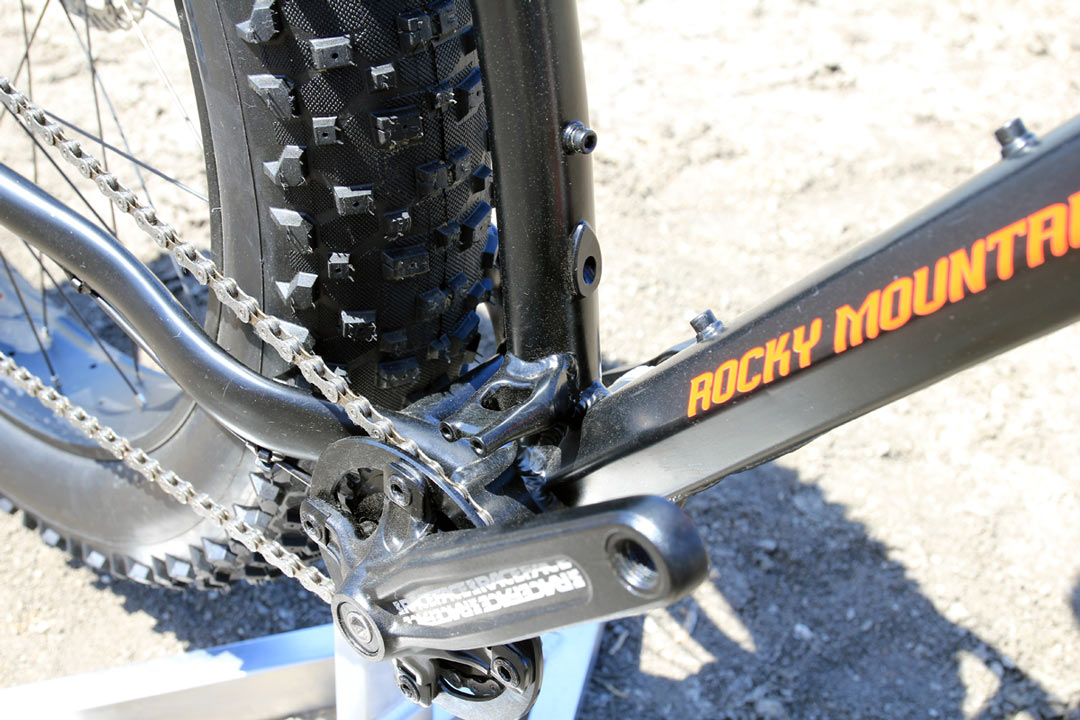 The Canadian company was one of the first to recognise the Snow Epic¹s potential and shipped out a prototype of its new fatbike ­ the Rocky Mountain Blizzard ­ to Engelberg, Switzerland, for the trial ride of the Snow Epic in April this year.  Now it will sponsor the Rocky Dual, a floodlit dual slalom event that promises to be the most exciting of the five separate Snow Epic races during the January 14 to 18 winter festival of biking.

The spectator friendly Rocky Dual will be competitive, but also a fun event. Competitors would do well to brush up on cornering skills and powder sliding. The Rocky Dual will take place on the evening of Friday, January 16.

All Snow Epic competitors will be on fatbikes, the super-sized wheel phenomenon, and Rocky Mountain Blizzards will be available to those wishing to rent a bike.

The Blizzard is one of the first fatbikes to be developed with a suspension fork, the Rock Shox Bluto RL.

³In order to live up to the legendary Blizzard name, our goal was clear: create a true Œmountain-bike-feeling¹ fat bike. With suspension-optimised design, progressive geometry, and a truly capable parts specs, the Blizzard delivers Rocky Mountain ride quality on snow, sand, and anything else you get yourself into,² said Rocky Mountain.

Meanwhile, the Rocky Mountain team have already travelled to the slopes of Engelberg to do some testing in preparation for the big event and to make sure the rider experience is ³perfect².

Are you Rocky Mountain?

Are you incredibly fast or do you have the potential to gain cult status? Then like Rocky Mountain Bicycles on Facebook and show us, why it¹s you who should be receiving a Rocky Mountain race entry into the Snow Epic (Ibex package worth CHF1100).

Post your personal statement together with photos or videos on https://www.facebook.com/rockymountainswitzerland

Submission deadline is 5th of December 2014.