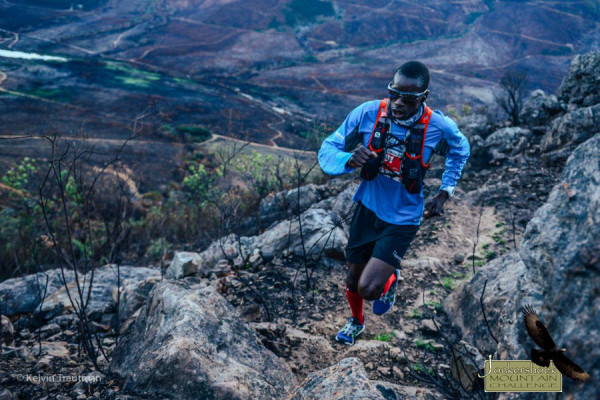 The Jonkershoek Mountains put its best foot forward at the Jonkershoek Mountain Challenge (JMC) this weekend and treated more than 600 runners to a day of inspiring trail running in perfect, sunny conditions. With many of the top trail runners in South Africa lining up at the start line it was clear that the competition would be fierce and the race was on from the very beginning of the race.

Bernard Rukadza worked hard early on in the race and built a gap of seven minutes between him and fellow Zimbabwean, Nicholas Rupanga by the time he went through checkpoint 1 at 19km. He steadily increased this lead throughout the race and came home in a time of 3:27:33 to claim the R2000 prize money. In second place was Rupanga in a time of 3:40:16, followed by Chad Gordon in a time of 3:46:29 – both of them veterans and showing their younger competitors that age is not necessarily an advantage.

In the ladies race Katya Soggot once again showed her class as she claimed her second JMC title in a time of 4:19:35, just over 15 minutes ahead of her closest challengers. Minette Naude looked strong throughout and had built a six minute gap between second and third by the time they went through checkpoint 2. However, Ronel Nattrass finished strong and eventually claimed second place in a time of 4:35:09. Naude followed shortly after as she finished in 4:36:16 to claim the final spot on the podium. 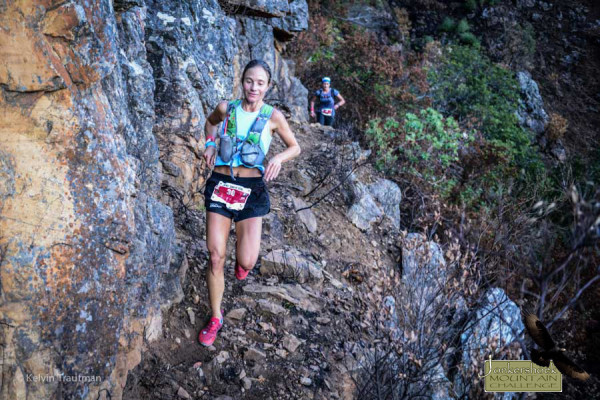 One of the other race options on the day was the 24km JMC Lite. Though shorter, this route is by no means easy and the winning times are evidence of great young talent. Rory Scheffer followed up his third place at the Spur Cape Summer Trail Series™ Championship earlier this year by winning his first Mountain Challenge Series Lite race in a time of 1:55:05. Edson Kumwamba claimed second in a time of 2:02:24 with Chris Strydom crossing the line less than a minute later to take third place in 2:03:04.

In the ladies race, Liandi van der Westhuyzen was determined to defend her JMC title and didn’t put a foot wrong as she steadily built her lead throughout the race to eventually come home as first lady and ninth overall in a time of 2:20:23. Not far behind her was second placed lady, Marguerite van Niekerk in 2:23:22 with Marié Wessels completing the podium in 2:32:48. 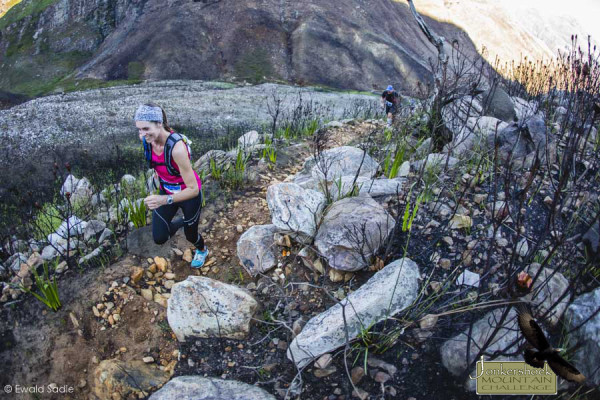 The 11km Jonkershoek Mountain Run was the source of some serious fun and the quality of racing in this distance is encouraging for the future of trail running in South Africa. In the men’s race Ruan Myburgh raced home in a time of 45:52, followed shortly by the youngster, Floris Machtelinckx in 46:27, while Arno Buitendag grabbed a last-minute entry and claimed third place in a time of 47:51.

16-year-old, Megan Leslie showed once again why she is one of the most exciting prospects in South African trail running as she claimed victory in a time of 48:55. Second placed lady was Jean Welsh in a time of 50:10 with the other Leslie sister, Katie taking third spot in 51:51.

All in all, it was a fantastic day out with the Jonkershoek Mountains playing its part in an absolutely picture perfect day on the trails. A big thank you to every running who joined us for this spectacular race and to our sponsors, Belgian Beer Company, Spur Steak Ranches and Graham Beck Wines for making this one of premier trail running events in the country.