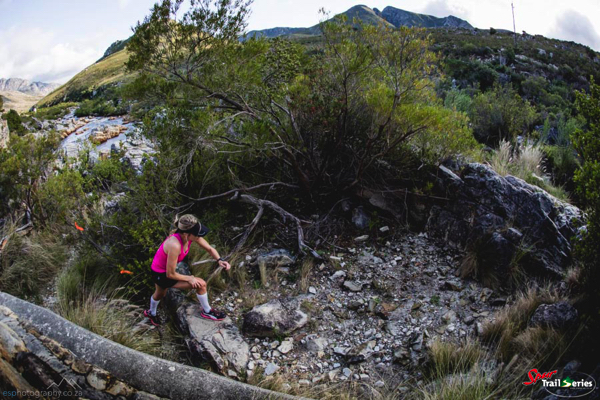 The final race of the Spur Cape Winter Trail Series™ was a dramatic affair as approximately 800 runners were challenged with gale force winds as they took on the beautiful trails surrounding Kleinmond.

The once-off 23.3km XL course is known as one of the most scenic in the Western Cape but the winners clearly didn’t stop the admire the view as Rory Scheffer covered the distance in a blistering time of 2:00:48. The ladies race was dominated from the start by Nikki-Leigh Piper who finished the race almost 15 minutes ahead of all her challengers in a time of 2:27:18.

Series champions crowned
The long course Championship title was successfully defended by the Durbanville physiotherapist, Liandi van der Westhuyzen as she completed her third win of the Series by taking the 13.8km long course in 1:21:07. Raydon Balie put in a sterling performance to beat his nemesis this Series, Tsungai Mwanengeni in a time of 1:02:44 and take the Championship title.

The short course Challenge had been a tight affair throughout the Series and while Andre Afrika managed to pip Llewellyn Jacobs to the line in the 8km course at race 4, this was not good enough to give him the overall Challenge title. Afrika took the win in 33:00 with Jacobs nipping at his heels in 33:03. In the ladies short course Mariella Dierks was back to claim her third victory of the Series and take the overall title as she romped home in a time of 41:09.

While the wind made things interesting on race day, it was another epic day on the trails and the atmosphere at the race village was true testimony to the spirit and camaraderie of trail runners. A big thank you to all the runners who took on the challenge this Saturday and who completed the Series to make this winter a special one. We look forward to doing it all again next summer.

Another super shout-out to our sponsors, Spur Steak Ranches, BOS Ice Tea and Protea Hotels, who make the Spur Trail Series™ so much fun!