Running for a cause & stand to win R1mil 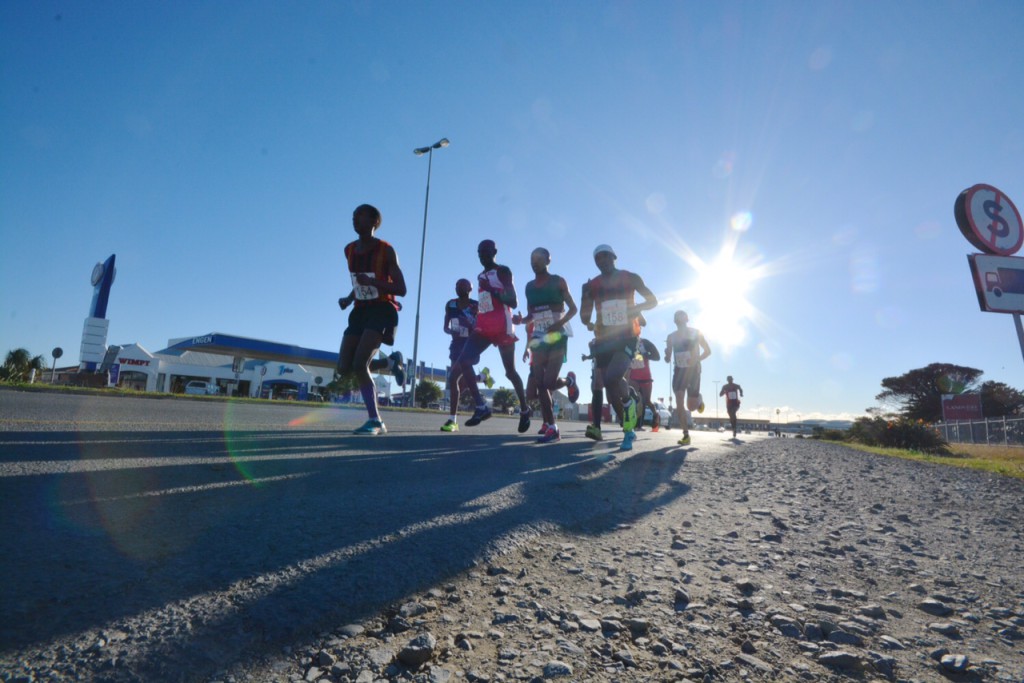 GAUTENG – The second annual Legends Marathon, which will take place on Sunday, 5 October 2014, promises to be yet another fantastic event and is poised to draw thousands of competitive male and female runners, who will run for a cause and stand a chance to share the ultimate athletic prize of a whopping R1m.

“We were overwhelmed with the participant numbers of our inaugural Legends Marathon event in 2013 who were running for worthy causes, ranging from cancer to responsible gambling. The inaugural Legends Marathon, injected a jolt of energy into South Africa’s running scene when we invited people to become socially conscious and run for a cause” said MEC of Sports, Recreation, Arts & Culture, Pemmy Majodina.

“The Legends Marathon is about creating memorable experiences that ignite passion in athletes and connect communities through the transformative power of sport. There is little doubt in my mind that through the Legends Marathon, we will be able to profile the Eastern Cape not only as a Home of the Legends, but a caring place and a prosperous home for all”

In order to encourage locals to participate en masse and bolster local athletes, the organisers have decided that over and above the R1m prize money, R30 000 will be awarded exclusively to the top five male and female registered runners from the province in the Legends Ultra Marathon.

The event will be staged under the banner of the Real Gijimas Athletics Club, which has been at the forefront ofdevelopment and competitive athletics in the province since 1982. The Legends Marathon is proudly sponsored by the Eastern Cape Gambling and Betting Board, the Department of Sport, Recreation, Arts and Culture (DSRAC), Tru FM (Broadcast Partner), Daily Dispatch (media partners), Buffalo City Metro Municipality, Meyers Motors, Modern Athlete, Coca Cola Fortune.

Mr Mabutho Zwane, CEO of the Eastern Cape Gambling & Betting Board, is elated to be associated with the Legends Marathon because it “gives us an opportunity to entrench the message of responsible and problem gambling. Undeniably, this is an unrivalled platform to reach out to throngs of people – athletes and the community at large. We are happy to be associated with the event.”

Mr Luthando Bara, founder and chairperson of the Legends Marathon mentioned that “The Legends Marathon brings about a myriad of economic opportunities to Buffalo City and benefits both the formal and informal economy. Our signature event presents an opportunity for social cohesion, bolster sports tourism, and the theme is linked to the core founding principle of the marathon – which is to support a cause that athletes will personally select through their entries.”

This year’s race will be timed by well-known timing and results company, ChampionChip, who will also provide online registrations and full results after the race. Hostel accommodation and transport to the start is available.