SA champ back to best for Knysna race 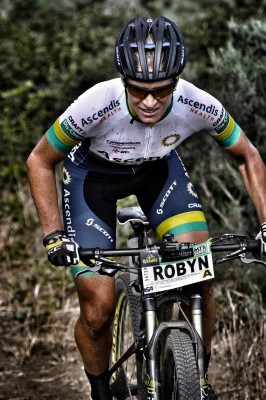 Despite earning this impressive hat-trick, De Groot will not be starting in her national champion’s jersey, as UCI rules deem multi-stage events to be cross-country races.

The former Olympian said she always felt proud and honoured to don the green and gold stripes but did not think her psychological advantage depended on it.

De Groot, who races for the Ascendis Health team, will be vying for overall honours in the competitive solo category at the three-day Garden Route race.

“My regular teammate Jennie Stenerhag is overseas in Sweden at the moment. She’s participating in the XCM World Championships and also has her national champs coming up later this year.

“My health has also been so up and down that to commit to another partner would have been unfair. I’m still working on managing my health, so we thought riding solo would be the best option.”

It has been a season of highs and lows for De Groot, starting with a second place finish in the Cape Epic alongside Stenerhag before being sidelined for six weeks with a fractured collarbone.

Since then she has been battling the lingering effects of post-viral fatigue syndrome.

“The past few months have been testing and scary at the same time. All was well until I started feeling ‘off-colour’ in late February and in hindsight I should have gone to a doctor sooner.”

After some difficult days at the Epic, she sought medical treatment for a few issues including the collarbone injury sustained after crashing into a tree on the penultimate stage.

“It took a long time to eventually diagnose the viral infection and for many weeks thereafter I had to rest and take it easy.

“There were days I would go out to train and could barely even get two kilometres from home before I would have to turn around and accept the fact that it wasn’t a good day.”

It was only after getting the nod from her cardiologist on May 8 that De Groot was able to resume her regular training schedule.

“A few weeks ago, I decided to come down to the Garden Route for a decent block of time to build on my form and focus on recovering and re-energising.”

It was while training at her “second home” in George that she realised she would be able to work the RECM Knysna 200 into her schedule.

The 32-year-old said it would be her debut outing at the 200km event.

“I always enjoy participating in races that I’ve never done before – just to keep things fresh.

“I have heard great things about this event and haven’t ridden enough in Knysna, so I’m really looking forward to racing some of the amazing trails.”

While she believed she was still off her best form, De Groot said winning the nationals had been an encouraging sign.

“I have to admit, I am feeling better than a month ago.

“There was doubt in my mind at times whether the national title would still be a possibility this year but something inside me never let go of my dream.

“After everything that’s happened, I have learnt to understand and manage my body better, so I look forward to building up slowly over the next few weeks and months.”

The RECM Knysna 200 starts at 9am on Saturday at the Knysna Elephant Park and all three stages finish at Thesen Harbour Town.