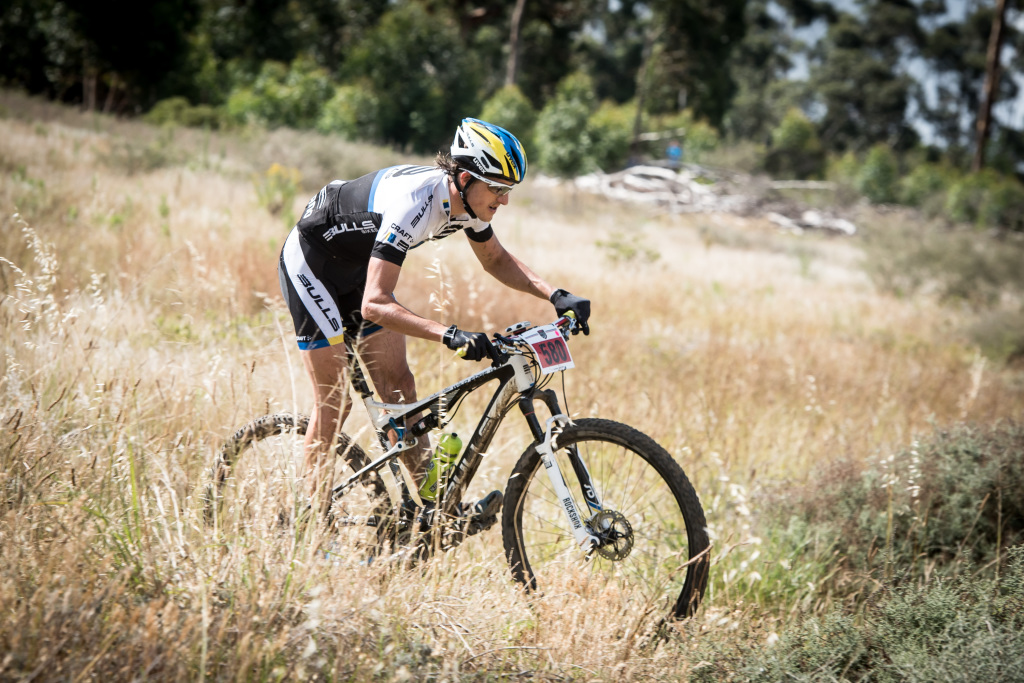 The streets of Stellenbosch came alive with excitement on Friday, 28 November 2014 when just under 1200 eager mountain bikers toed the line to be part of the action at the 2014 Pennypinchers Origin Of Trails 2-Day Mountain Bike (MTB) Stage Race.

Starting at the Hofmeyer Hall in Stellenbosch, Stage One saw riders having to complete a tough 65km route or a slightly less challenging 40km route before crossing the finish line at the Markotter Sports Field at Paul Roos Gymnasium in Stellenbosch.

Swiss mountain biking star Stefan Sahm claimed the 65km Stage One victory in a lightning fast time of 02 hours 51 minutes 32 seconds.  “Today was amazing, a blast from start to finish,” said a very happy Sahm.   “Stage One was proper racing with proper single track.  This is why I mountain bike.  I know the Jonkershoek trails.  It was so much fun racing it flat out, riding it to the limits.  This was definitely the coolest and most enjoyable route that I’ve ever ridden”.  Simon Stiebjahn came in second, while Matthew Beers finished third.

Tanya Weaver was the first female rider home in the medium route completing the 65km stage in a time of 03 hours 50 minutes 28 seconds.  Kerry Gray came in second.

Matthew Lombardi was the first short route rider to cross the finish line.  “The Stage One route was awesome.  It featured a lot of diversity with Jonkershoek never disappointing.  All in all good racing,” said Lombardi.  Lombardi’s finishing time was 01 hour 54 minutes 38 seconds.  Manie Lubbe came in second, while Michael Lord finished third.

Allison Morton was the female rider to beat in the short route crossing the finish line in 02 hours 34 minutes 59 seconds.  “Today was good, but tough,” said Morton.  “I’ve always wanted to do a stage race.  Stage One was amazing.  I’ll definitely do it again”.  Jackie de Villiers came in second, while Amy Williams finished third.

Combining a vast network of world class trails with beauty and exclusivity, the Pennypinchers Origin Of Trails grants riders the unique opportunity to experience a spectacular combination of single-track that have been previously unknown to the MTB community.  The goal behind the Pennypinchers Origin Of Trails is to offer participants an unbelievable cycling experience, while raising funds to further trail building in Stellenbosch.