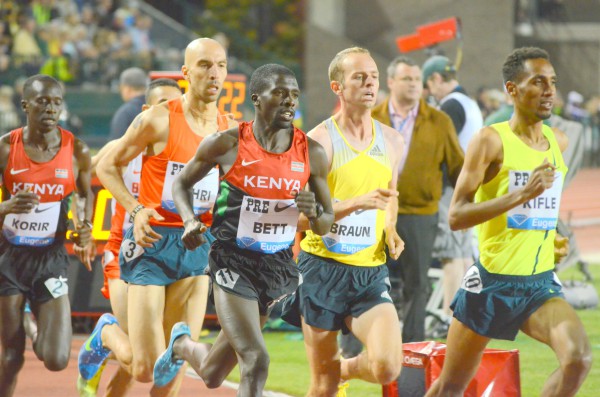 Top international athletes Emmanuel Bett, Moses Kipsiro, Moses Masai and Yigrem Demalesch are the runners to beat at the inaugural FNB Cape Town 12 ONERUN on Sunday, 17 May, but can expect a challenge from Timothy Toroitich, Michael Kipyego, Daniel Salel and John Kemboi Cheruiyot, who have recently confirmed they will be lining up to take part.

Kenyan Kipyego has had a string of impressive results and has run eight marathons, four of which are under 2:08, with a best of 2:06.48 run in Eindhoven in 2011.

However, it will be no walk in the park for these athletes with challenges from South Africa’s Stephen Mokoka (who recently broke the 5 000m SA record that has stood for 20 years), Elroy Gelant, Lusapho April (13th in the 2015 Boston Marathon) and Gladwin Mzazi, to name but a few.

South Africa’s Stephen Mokoka is having a run of success in his athletics career after winning the Shanghai Marathon for the second time last year in 2:08.43. He was South Africa’s best performer at the World Cross Country Championships in March and has now finally brought down the South African men’s 5 000m record that had stood behind the name of Shadrack Hoff since 1995. Mokoka clocked 13:11.44 in Stellenbosch on 18 April – with no assistance from the rest of the field, just the type of confidence boost needed prior to coming up against athletes such as Bett, Masai and Kipsiro.