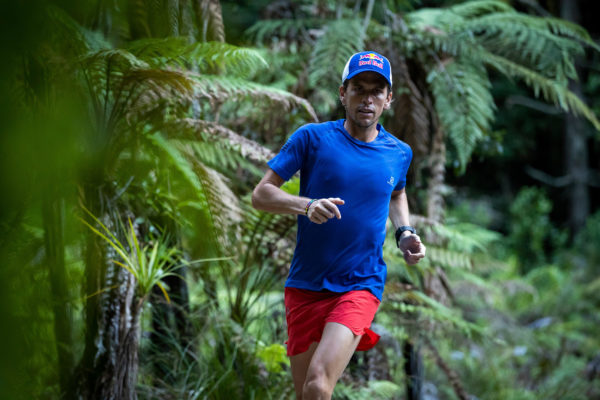 Underberg – Decorated ultra-trail runner and South African icon Ryan Sandes will be taking part in the 2019 Rhino Peak Challenge on 5 October as part of Team Salomon, in a bid to raise as much money for rhino conservation as well as the conservation of the endangered vulture and crane species that call the Southern Drakensberg home.

Sandes, who is known largely for his ability to run long distances, will not be running the event to try and break the fastest known time (FKT), but rather he will be running with Underberg local Andrew van Rensberg as part of a competition that the event has run in the build-up to the 2019 RPC.

The Red Bull/Salomon athlete will be coming into the event looking to enjoy the time out in the Drakensberg along with like-minded people all putting their heads together for a common goal.

“I think the thing I am looking forward to the most is the social aspect of the event,” Sandes said. “Being in the mountains and having a good time for a cause and sharing the experiences afterwards.

“The unique thing about trail running is the interaction that you have with fellow runners and stake holders.”

“From being able to travel all over the world I have been fortunate enough to see some amazing places.

“Being a new father, I want my son Max to be able to show his kids the environment in the same condition that have been able to see it.

“It’s up to everyone to play their part and try and make a difference!” he added.

Sandes is familiar with the Drakensberg and Rhino Peak and puts running in the Berg as one of the most unique running experiences you can have.

“Running up Rhino Peak is really spectacular and the Drakensberg is a mountain range that is quite unlike anything I have seen anywhere else. I think the closest that comes to it would be one or two areas in South America.

“It’s so remote and wild, rugged and hostile yet incredibly beautiful.

“When you are up on the escarpment you see how remote it actually is and I see it as food for the soul and the solitude gives me a space to detach from everything.”

If you would like to pledge towards Ryan Sandes’ Rhino Peak Challenge follow the link here: https://www.rhinopeakchallenge.co.za/rhino-africa-pledge/?yearopt=2019&celeb_id=9