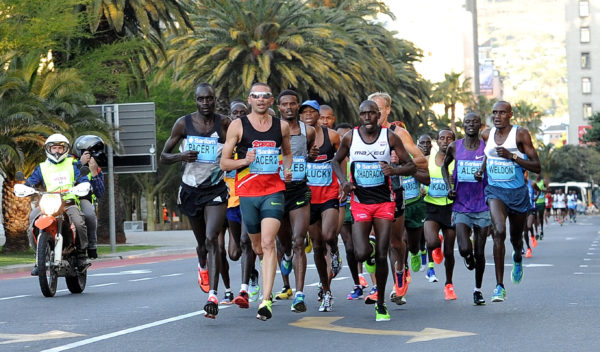 Cape Town, 11 July 2017 – Already having made a significant difference in the lives of elite and amateur runners alike, the Sanlam Cape Town Marathon will utilise its new top-flight status to continue opening doors for participants of the annual 42.2km race when it is held on 17 September 2017.

Establishing its place among the continent’s most iconic races, as the only event in Africa to receive IAAF Gold Label recognition, the annual road running festival in the Mother City has made a real impact on runners across the continent since it was relaunched in 2014.

Over the last few years, the Sanlam Cape Town Marathon has assisted several African and local athletes by providing a springboard for their international careers. Various runners have received lucrative offers to participate at prestigious international races, based on their performances at the local event:

Having received IAAF Gold Label accreditation this year, after being promoted from Silver Label status, the race will offer an even bigger boost to the elite field which provides local athletes the chance to compete at an elite international marathon on home soil.

Entries for the Sanlam Cape Town Marathon are open. To find out more, go to www.sanlamcapetownmarathon.com