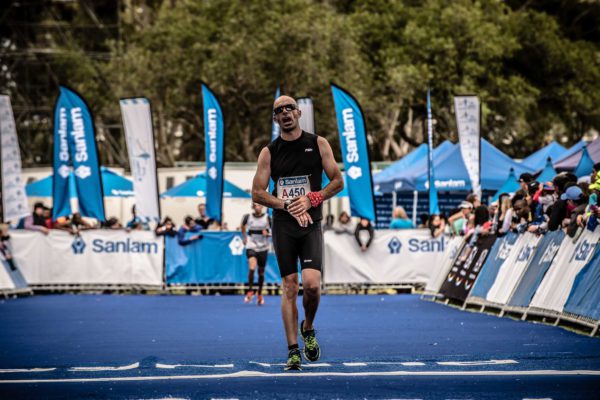 The Sanlam Cape Town Marathon has received a major boost, with Sanlam announcing it will extend its sponsorship of the event for another three years.

The Sanlam Cape Town Marathon has received a major boost, with Sanlam announcing it will extend its sponsorship of the event for another three years.

Says Yegs Ramiah, Chief Executive of Sanlam Brand: “Running is the fastest growing sport in the world, and this is in no small part because it is such an inclusive sport – accessible to people from all walks of life and communities. Three years ago, we made the decision to sponsor this event and it gives me great pleasure to confirm the renewal of Sanlam’s sponsorship of Africa’s premier city marathon for a further three years.”

“Since it was relaunched in 2014, entries have nearly doubled, with participants from 67 countries taking part. After its first year, the revitalised event earned IAAF Silver Label status and achieved climate neutral status, and both tags have been retained every year since. As a diversified financial services company with our roots firmly in South Africa and a growing footprint across more than 30 other African countries as well as other parts of the world, it was only logical to continue to support to the Sanlam Cape Town Marathon as it works towards Gold IAAF status.”

By having a real and positive influence on people’s lives, Sanlam remains confident the race will stay aligned to the financial service company’s aim of positioning itself as a global business and brand with a growing footprint across Africa and the world, as all stakeholders pursue the long-term goal of achieving IAAF Gold Label status.

Establishing its place as Africa’s most iconic 42km race, the 2016 Sanlam Cape Town Marathon delivered in spectacular fashion last month. Approximately 20 000 runners and walkers participated in the various race distances on offer during the weekend festival, while the performances at the front of the field cemented the event’s position as one of the fastest marathons on the continent.
Asefa Negewo of Ethiopia clocked the fastest time run on a non-aided marathon course in SA, breaking a record that has been held for the past 26 years and crossing the line in 2:08:41, while the first three men home all dipped under 2:10:00 to achieve IAAF Gold Label Status times.

Says race director Janet Welham: “This event is growing each year, and is fast becoming one of the must-run races in Africa. We are delighted to retain our partnership with Sanlam as we continue to take this race from strength to strength, and we look forward to sharing another successful three years of growth and sustainability with Sanlam’s support.”

To find out more, go to www.sanlamcapetownmarathon.com

Africa is my home. This is our race – It’s Cape Town. Must run it!