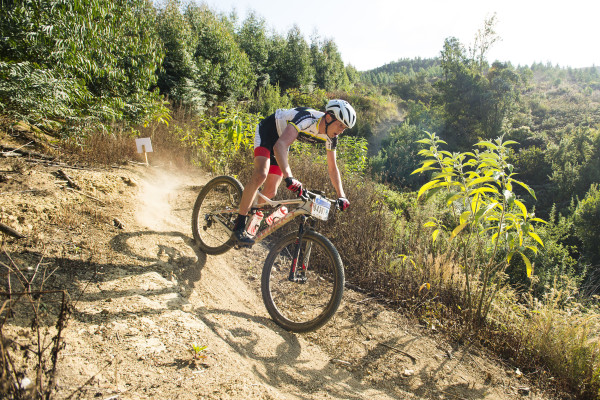 Howick – Fast emerging dual mountain biking star Julian Jessop will look to kick start his 2016 marathon season with a strong showing at Sunday, 5 June’s 60km Sappi Karkloof Marathon, the feature race of the 2016 Sappi Karkloof Classic Trail Festival, having spent much of the first half of the year focusing on the cross country circuit.

After two titanic tussles with TIB Insurance’s Andrew Hill in 2014 and 2015 which saw the young Concept Cyclery Ballito powered by Burry Stander athlete finish third and fourth overall, Jessop is eager to continue mixing it up at the front comes this year’s race.

“The Karkloof Classic is always such a great race and one of the most prestigious events in KZN so it’s definitely one you want to do well at,” says Jessop.

“I will look to do my absolute best, as I always do, at this year’s race and just keep focusing on the controllables rather than the uncontrollable such as my final position,” he adds.

While hesitant to predict an outcome of this year’s clash, Jessop brings good form into the race on the back of a strong showing at the recent leg of the STIHL SA XCO Cup Series where he finished fourth behind the country’s lead trio in the cross country discipline, James Reid (Team Spur), Alan Hatherly (Kargo Pro MTB Team) and Philip Buys (SCOTT LCB Factory Racing).

“Things have been going well for me on the cross country front but as that season starts to come to a close, I’ll look to do more marathons.

“Karkloof is the weekend before the final Cup Series national and then there’s just SA Cross Country Champs left after that so I’d definitely say this is the start of my marathon season.”

Despite the differing demands of the two disciplines, Jessop is confident he can make the transition in time for him to be competitive at this year’s Sappi Karkloof Marathon.

“I don’t really change too much in my training regardless of whether I’m preparing for cross country or marathon; instead I’ll just look to add a few longer rides on the weekend in order for me to get used to that extra hour of racing a 60km event like Karkloof requires.

“Karkloof does have some of the best single track around plus the three major climbs are all followed by a big descent and so my cross country skills will definitely be to my advantage on those downhills,” says Jessop.

While Jessop’s career remains in its infancy, the young star has already shown what he is capable of at the renowned KZN Midlands event while having also proven he has what it take to mix it up with some of the sport’s top senior competitors and will undoubtedly be a force to be reckoned with again in 2016.

The 2016 Sappi Karkloof Classic Trail Festival takes place at Karkloof Country Club on Saturday, 4 and Sunday, 5 June. The event offers 21km, 10km and 5km trail running races, 60km, 40km, 20km and 10km mountain bikes events as well as an Enduro. Entries can be submitted via www.roag.co.za while more information can be found at www.karkloofmtb.co.za.