Sauser and Sahm favourites for Attakwas-victory 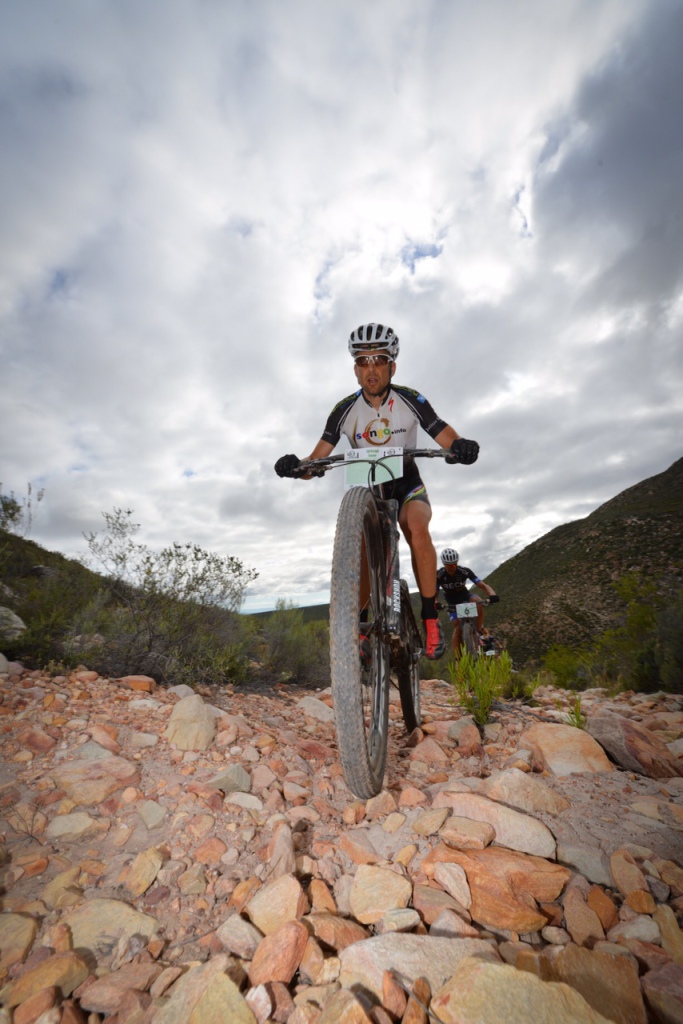 Will a South African rider be victorious or will it be a hat-trick for foreigners at the 2015 Fairview Attakwas Extreme Mountain Bike Challenge over 121km. The Holy Grail of one day mountain bike races is on Saturday. It starts at the Chandelier Game Farm outside Oudtshoorn and finishes at Groot Brak.

Matthys Beukes is the last local rider who has won Attakwas (2012). Since then Christoph Sauser (Specialized, 2013) and Urs Huber (2014) stood on top of the winners’ podium. Lourens Luus came second in 2013. Each of these years the record was broken and the stage is set for another epic Attakwas race.

Sauser will once again be a favourite and in the absence of Huber and Karl Platt from Team Bulls it will be up to Stefan Sahm from the German team to challenge Sauser. The local challenge will come from Luus and Erik Kleinhans to throw a few names in the hat. “Like every year the Attakwas is a bit of an unknown adventure. It’s a hard and long race. I know I am well prepared, but it is also the first test of my shape. I don’t know in what shape the rest of the field is in so I will just go full gas and give my best. I am nervously excited,” said Sahm.

The route will be the same one that has been used since 2011. “Riders like to use the Attakwas to see where they are in their preparations for the Cape Epic. The route has the balance of being tough enough but still doable for the average rider in the cut-off time of 11 hours. The toughest part is from water point 2 to water point 3. It’s a section with lots of climbs and no place to hide,” said Henco Rademeyer from the organisers, Dryland.

With rain pounding down in Oudtshoorn since Friday it will ad another dimension to the race.

The organisers of the Attakwas have up the ante by putting up R100 000 for a new record time of 4 hours and 30 minutes. The doubt is not so much if the record of 4:47 – belonging to Huber – will be broken, but if the time of 4:30 is possible or mission impossible. There are those who believe the chances are real good for a faster time, but not by 17 minutes. “Urs’ record is already a superb time and he gave it his all last year. I must be honest and say to go another 17 minutes faster seems a bit like mission impossible. But like always if the conditions are good, the pack can work together in perfect harmony and the organisers give us some tar to ride on it might be possible!” said Sahm.