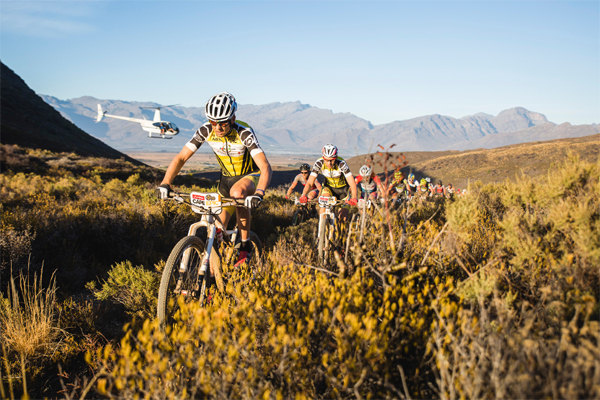 The men’s field for the 2017 Absa Cape Epic is shaping up to be the strongest in the race’s 14-year history.

Five time-winner Christoph Sauser of Switzerland has announced that he will be coming out of retirement in a bid to take his sixth title and will be riding with Czech powerhouse Jaroslav Kulhavy (Investec-Songo-Specialized).

This follows the recent news that Olympic gold medallist and Cross Country World Champion Nino Schurter will be in the field. The Swiss star will be riding with countryman Matthias Stirnemann (Scott-SRAM).

The announcements mean that:
The two five-time winners – Sauser and German Karl Platt – will be racing to be first to number six. Platt will be riding with Urs Huber (Team Bulls) and hoping to repeat their 2016 victory;
The last two Olympic Gold Medal winners – Schurter in 2016 and Kulhavy in 2012 – will be going head-to-head over the eight days from March 19.

Another powerful pairing that is expected to be on the start line is the Austrian/Czech combination of Alban Lakata and Kristian Hynek (Topeak Ergon). Lakata has finished sixth, fifth, fourth, third and second in previous editions of the race and is desperate to add a win to his long list of mountain biking accomplishments.

All four of those teams have the firepower to win the race.

Sauser retired after his fifth Absa Cape Epic triumph in 2015 and took up a coaching and mentoring role with Specialized.

But he has now confirmed rumours that he was planning a comeback.

Sauser told Cyclingnews.com: “Since my retirement I have kept on riding my bikes, because it remains my passion. I never did intervals, just much more riding my trail bikes. During the past weeks after I signed up for a South African stage race (the Wines2Whales), and raced it with Under-23 World Champion Sam Gaze, I realised that I quickly gained good shape during my training and I was happy with my numbers.”

Sauser’s training regime will include several races between now and March, including the Attakwas Extreme and the Tankwa Trek. Besides training in Switzerland, he will spend time at his second home in Stellenbosch for periods leading up to the Absa Cape Epic.

It was also announced that experienced South African stage racers Nico Bell and Gawie Combrinck (NAD Pro) will be Sauser and Kulhavy’s back up team in 2017. Support teams have become critical to success in the Absa Cape Epic and Bell and Combrinck’s experience and mechanical skills make them an excellent choice.