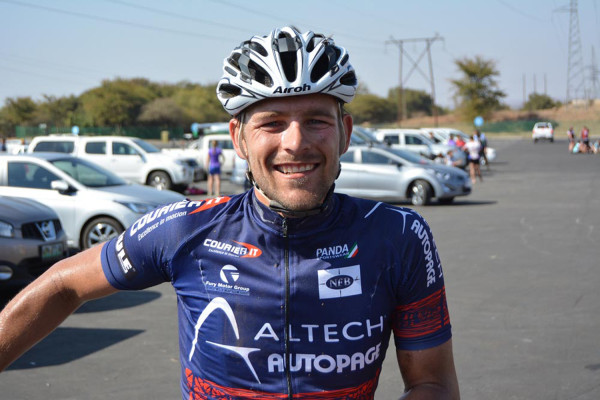 Pieter Seyffert and Chloe Bateson have emerged as the overall male and female champions in the inaugural Bestmed National Mountain Biking Series, which drew to a close earlier this month.

Pieter Seyffert and Chloe Bateson have emerged as the overall male and female champions in the inaugural Bestmed National Mountain Biking Series, which drew to a close earlier this month.

The seven-race series rolled out across five provinces this year, starting with the Walkerville MTB Classic in Gauteng in May and culminating in the Paarl MTB Classic in the Western Cape on November 21.

According to race director Wynand de Villiers of ASG Events, the concept had been wonderfully received by the cycling fraternity.

“While it’s great for the elite riders to have an added incentive to race for, for us it was more about rewarding the social riders who are loyal to our brands and to our events.

“We have so many people who take part in just about all of our races and the series concept has allowed us to find a way to reward them.”

Those who finished four or more races received a special finisher’s T-shirt and series medal as well as discounts on a range of ASG Sport brands.

De Villiers said the idea behind the series was to create a credible, consistent and trusted racing brand on the national calendar.

“No matter where you are, as a rider you can have faith that you won’t be disappointed and will know what to expect.”

With more than 1 600m of climbing in 60km, he said the iconic Paarl race attracted over a thousand participants and was perhaps the toughest and most fitting event with which to finish the series.

“We took a large bite out of the apple this year with the creation of the series and our goal for 2016 is simply to refine things and add more value to the events,” said De Villiers

Chris Luyt, head of marketing and distribution for Bestmed, said the medical scheme was very excited about the series and that its value would grow over the next few years as it continued to gain recognition.

“Now that participants are recognised with their race statistics in the total ranking system, I think it’s going to do a lot for cyclists in South Africa, and hopefully for Bestmed as well, as the core sponsor of the series.”

Luyt said the prime objective was to encourage greater participation in cycling and to establish Bestmed as a trusted brand in the cycling fraternity.

“From our point of view it was a way to acknowledge those participants who took part in one or more races, create a community that appreciates excellence and present Bestmed as a brand that is proud of its five wellness pillars.

“The series gives recognition to those individuals who are really serious about being active, healthy and happy.”

In support of these ambitions, he said the medical scheme had instituted a number of race-day initiatives.

“We focus very strongly on health and safety. Our alliance with Cansa ensures that all participants get free sunscreen and we’ll also be making UV sleeves available for purchase, which help to prevent skin cancer.”

Bestmed members receive additional benefits such as blue ICE emergency identity tags and access to a hospitality zone, where they can get racing tips from some of the elite riders.

“We also have an award for the best male and female Bestmed member of the day,” said Luyt.

“However, regardless of whether you are a member or not, at a Bestmed event you can be assured that we make sure safety comes first and you experience a world-class event, with lots of family activities.”

(Note: All 10 riders shared second place as they achieved the same overall score on the ranking index.)

For more information, visit www.asgevents.co.za and click on the Bestmed National Series tab.