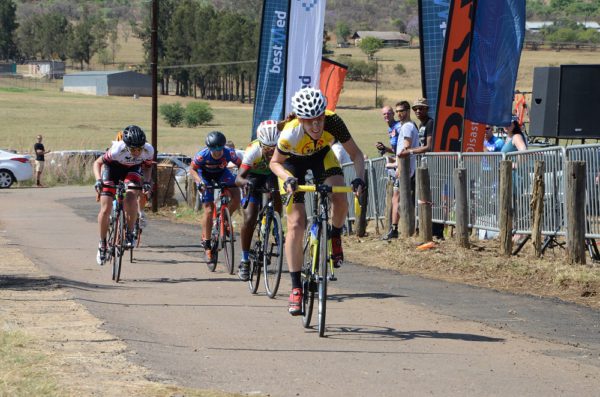 RoadCover professional Willie Smit broke away on the Hekpoort climb to solo to an impressive victory in the Bestmed Satellite Classic 106km road cycling race at Saloon Route 66 near Hartbeespoort Dam in North West today.

The 23-year-old Nelspruit rider has not competed in the event since 2013 and was delighted with his performance, which follows his triumph in the three-day Bestmed Jock Tour in July.

As Smit predicted ahead of the race, the climb up Hekpoort about 30km from the finish proved decisive.

He paid tribute to his team for placing him in the right position to allow him to launch an attack at that stage.

“The race was very fast until Hekpoort when my team set me up for the win, for which I’m so grateful,” said Smit. 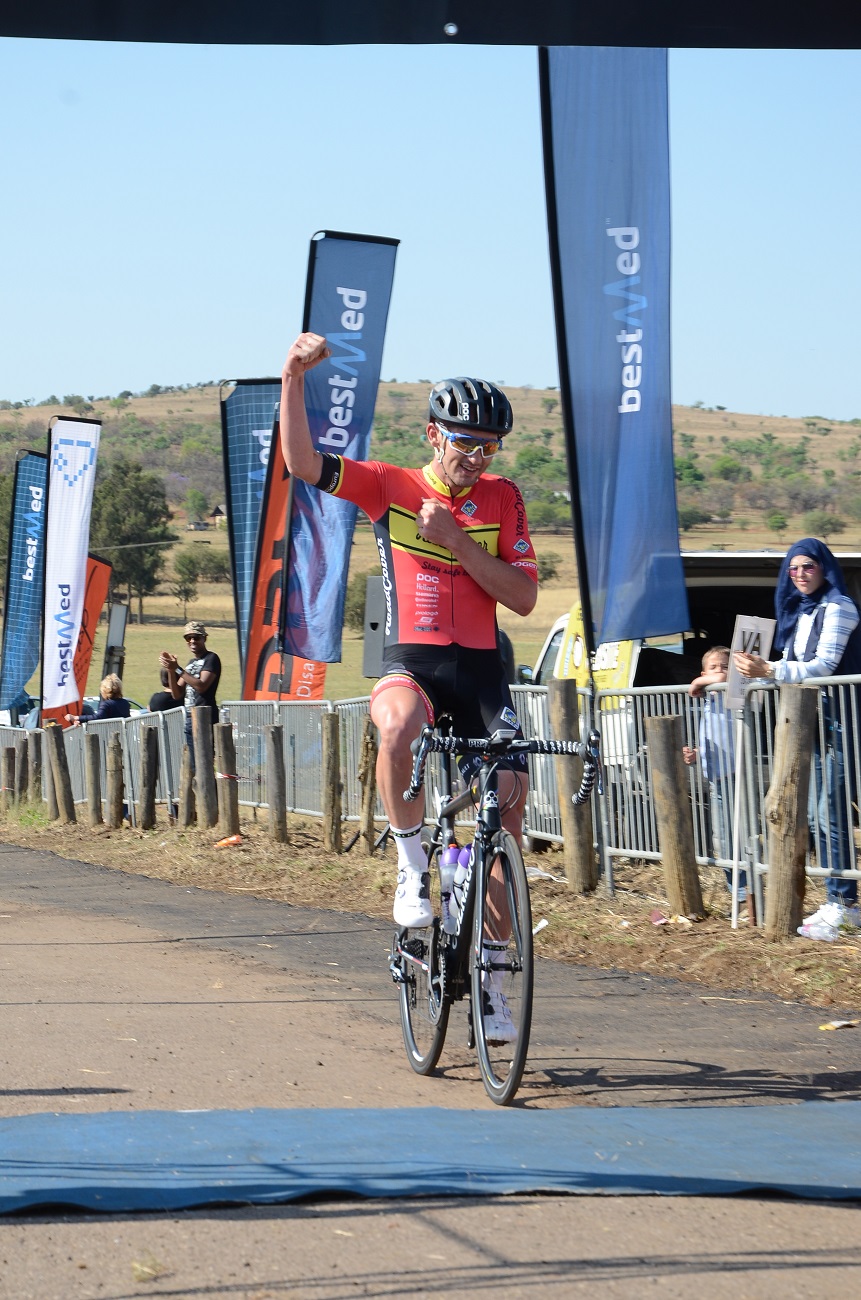 “I’m quite a big guy and so it takes me a while to get going, but I managed to get a gap halfway up Hekpoort and built up a lead of about 50 seconds.

“From there, with about 25km to go, it was a matter of staying mentally strong and I managed to go solo to the finish.”

Smit, who has set himself the target of winning the individual time-trial at next year’s national champs, said he was very happy with his form ahead of next month’s 947.

He added that the Satellite Classic victory was an important scalp for any professional and something he wouldn’t have been able to achieve without his team’s support.

“This is a well-established race so it’s great to get the win. You never really know in professional racing when these things are going to happen so you have to take every opportunity,” he said.

“I have so much to thank my team for because these guys train just as hard as I do and make it possible for me to achieve what I have. So I never take anything for granted.”

Lise Olivier, of Time Freight, took the honours in the women’s race when she outdragged Ethiopian Eden Hailemariam to the line in 3:02:55.

Hailemariam was credited with a time of 3:02:56, with Bestmed-ASG’s Andrea Steyn completing the podium in the same time.

The 33-year-old Olivier, who hails from Menlo Park in Pretoria, was delighted with the outcome. Like Smit, she also went clear over Hekpoort and built an advantage of 45 seconds before being reeled in with 15km to go.

“I was really thrilled to get the win. There were several attacks before I was able to open a gap up Hekpoort,” she said.

“But this eventually closed and in the end it came down to a sprint finish in a group of about seven.”