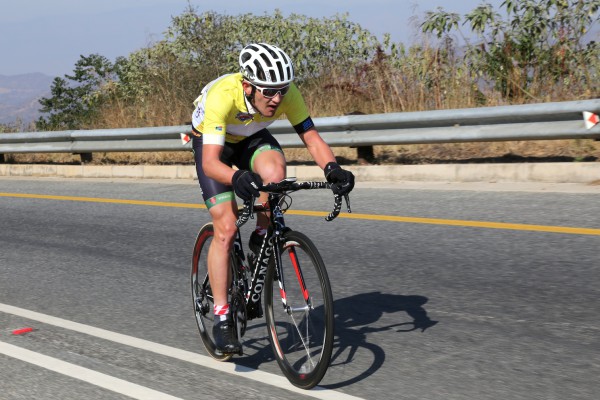 The Lowveld local, riding in the colours of EuropcarSA, delivered a measured performance throughout the Mpumalanga tour to take the overall honours in a combined time of 8:52:45.

Another Nelspruit resident, Nico Bell of RECM, was second in 8:53:51, with Stellenbosch’s Stefan de Bod rounding out the podium for MTN-Qhubeka in 8:54:08.

Consistent performances by all three riders throughout the three days of racing saw them remain in the same positions they had occupied after the opening day individual time-trial.

De Bod was also named best young rider, while Pieter Seyffert of Altech-Autopage powered his way to the king of the mountains title.

Smit’s teammate Ryan Gibbons demonstrated his form as a sprinter to earn the points jersey.

He did not relinquish it again over the course of the 299km tour, which ascended over 7 200m and featured mountain passes such as Spitskop, Long Tom Pass, Boulders and Hilltop.

Smit finished third in a bunch sprint on the 140km second stage via White River and Sabie, before sealing his triumph with a fine victory on the 132km final stage from Nelspruit to Kaapmuiden and back to Nelspruit via Barberton.

“We didn’t just win the yellow jersey, we also managed to get the points jersey for Ryan, so I’m really happy for him and me and the whole team,” he said.

Smit said the GC had essentially been set up on day one and his teammates had worked hard to keep him in yellow.

“It’s a pity for the other teams as they didn’t really put me under pressure today, although they had a number of opportunities to do so.”

The 22-year-old, who originally hails from Lydenburg, said it had been an extremely tough but well-organised tour that would become a must-do event on the racing calendar.

“Because the stages are so long, it’s an unpredictable race. A lot of riders are scared of the climbs so they stay away but, even for the fun riders, you don’t get better roads on which to test yourself.”