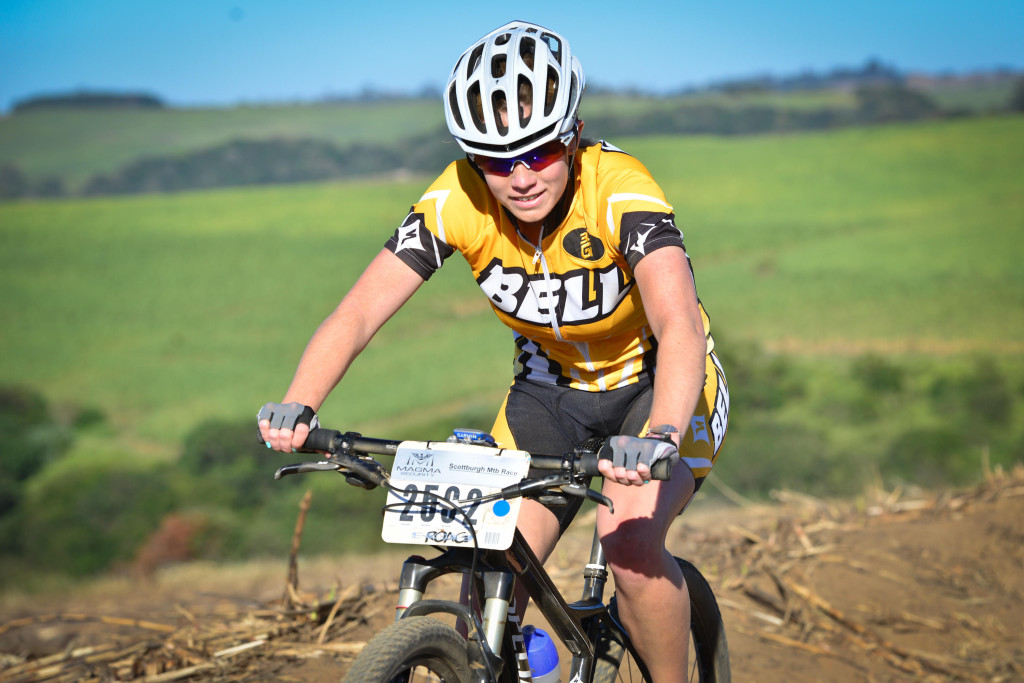 Defending women’s champion at the Scottburgh MTB Race presented by Sappi, Hayley Smith (Bell Equipment), has her sights firmly set on defending her title when she sets off from the coastal town on Sunday, 31 August. – Darren Goddard/
Gameplan Media

The Bell Equipment star has kept a keen eye on the 2014 Scottburgh MTB Race for some time however the Margate resident also seeks to use the race as sound preparation for races further down the line and a defence of her crown would be the ideal confidence boost for her ahead of those.

“My preparation has been going really well,” said Smith. “There are a number of big races coming up after Scottburgh and I am hoping to use this weekend as a preparation for the Hill2Hill as well as the Berg and Bush while winning in Scottburgh would be exactly the type of thing I need going into those races.”

Smith has been working hard on getting herself ready for the upcoming races but is of the impression that she needs to get onto the Scottburgh course more in order to be fully prepared for the race when it gets underway on Sunday.

“I have been in Durban doing a lot of my training recently which means I haven’t been on the Scottburgh track as much as I would have liked but I am back down the coast now so I will look to get in a few training rides in before the race this weekend!

“At the moment I’ve just been trying to get a few longer rides in and then a little bit of interval training in between those just to get myself up to speed for the next few weeks because they are going to be quite challenging.

Coming out of the drier winter months, Smith believes the heavy downpour KZN’s South Coast received late last week would have done the course the world of good. 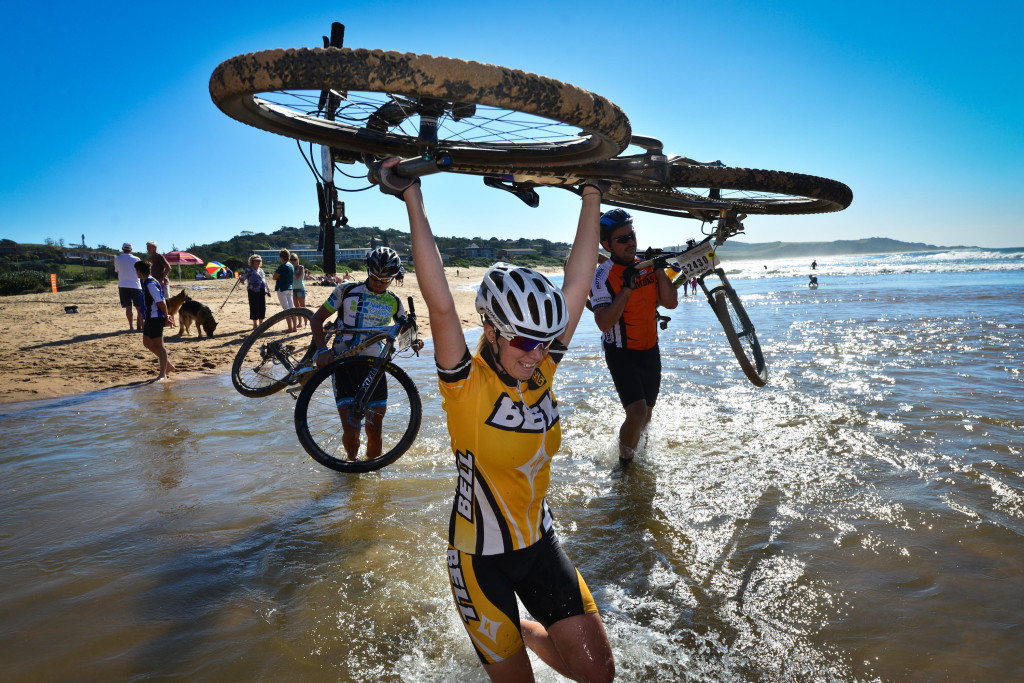 Following a strong display in 2013 Hayley Smith is hoping to replicate that performance in 2014 as she plans the defence of her Scottburgh MTB Race presented by Sappi crown when she sets off from the coastal town on Sunday, 31 August. – Darren Goddard/
Gameplan Media

“The tracks are normally pretty dusty around this time of the year but there was some good rain in the area a few days ago which would have settled that dust nicely and would have compacted the track quite a bit too. This will make riding a lot easier this Sunday!

“Regardless of the nature of the surface, I always look forward to coming back here and racing on this course and I’m really looking forward to getting back out there this weekend,” Smith explained.

There have been few changes to the course since her 2013 victory, something Smith is pleased with due to her lack of training at the venue as well as the track complimenting her riding style.

“The track really suits my style of riding with some great single track but also some good open sections and some tough hills, which I enjoy.”

The 20-year-old star expects some added pressure on her shoulders being the women’s defending champion, however, despite having a target on her back, she is determined to defend her crown in 2014.

“There will definitely be a lot of pressure on me as the defending champion but I am not going to let that get to me because defending my title is the only thing that I am going there to focus on.

“I am not sure who else is going to be there in the ladies race and that does not concern me too much because as long as I can concentrate on my race then I think I will be fine,” a focused Smith mentioned.