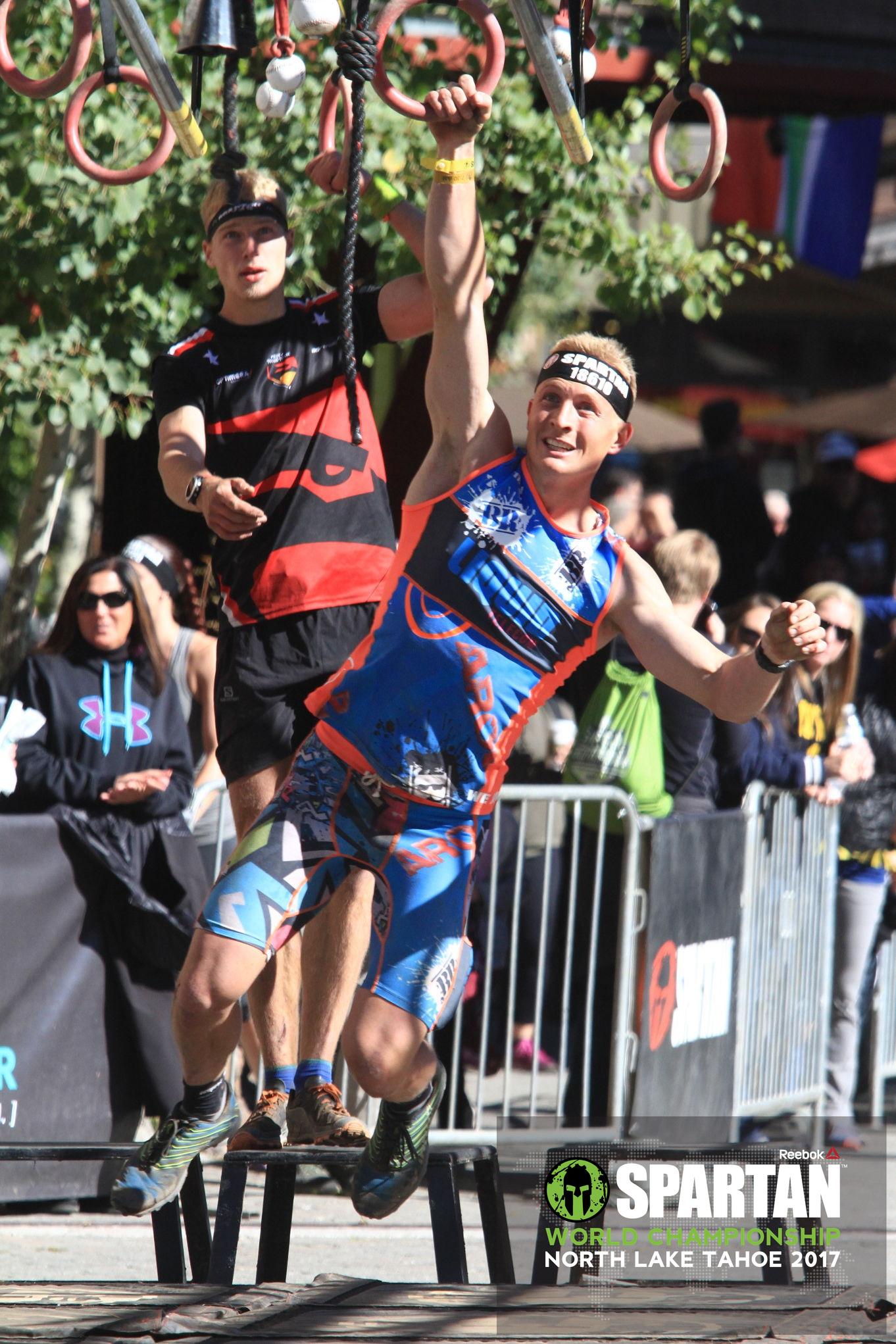 The Spartan Championship Beast race took place on September 30, 2017, and was hosted at one of the most challenging courses in the world, Squaw Valley at Lake Tahoe. Every racer that reached the start line had earned the right to compete. The course, once host to the 1960 Olympic Winter Games, featured 40 obstacles across 27km of obstacle-laden swath of California’s Olympic Valley, including uphill paths, low-strung barbed wire, a near-freezing lake, walls, ropes, weights and bars.

All three South Africans took part in the individual “Championship Beast” race along with 288 other elite racers from around the world. Racing in his first ever Spartan World Champs, Van Tonder achieved a respectable 28th place finish, completing the course in 03:05:50. Fellow South African, Bradley Claase, finished in notable 18th place in a time of 02:59:40.

Said van Tonder, “I managed an official 28th place finish. I wanted to do better, but I am still happy with my performance and placing. The race was just under 27km with 1700m of climbing up to an altitude of about 2800m. I could feel after 23km that I was reaching my maximum race distance and I lost 7 places on the last climb.”

The women’s race ended in a nail-biting finish between two contenders, two-time OCR World Champion, Lindsay Webster, and Olympic cross-country skier, Zuzana Kocumov, both falling off the multi-rig obstacle resulting in a burpee-off to the finish. In the end, the race was won by Webster in a time of 03:06:10 with Kocumov in second in 03:07:53; and rounding off the podium was Alyssa Hawley in 03:15:19. South African, Carina Marx, finished in a respectable 22nd place in 04:02:07.

This year marked the introduction of the Spartan World Team Championship where each competing country is represented by a co-ed team of three elite racers. Making up team South Africa were Thomas van Tonder, Bradley Claase and Carina Marx.

Battling against themselves, competitors, obstacles, and high altitude in pursuit of glory, Team South Africa achieve an impressive 9th place finish out of the 27 competing countries. The top three winning teams were USA (1st), Czech Republic (2nd) and Canada (3rd).

“Wow, what an event! It was one of the hardest medals I’ve ever earned. I am absolutely blessed to have been a part of this amazing experience and team. The passion for OCR is on another level worldwide but South Africa can competitively race internationally, and dare I say it, we could also win Spartan within the next 3 to 5 years. Our athletes are definitely good enough,” commented van Tonder