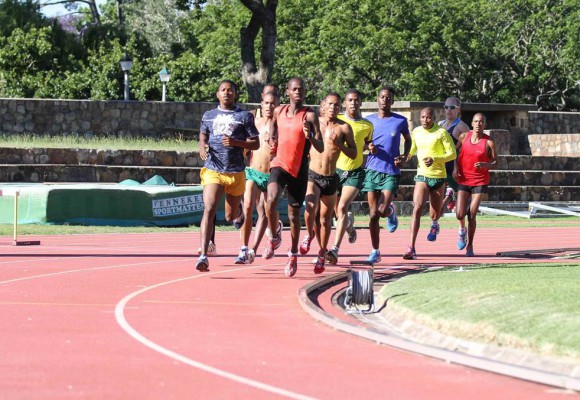 Cape Town, 1 June 2016- Athletics is ranked in the top 10 favourite sports in South Africa, according to SA Tourism and a result of this can be seen in the number of outstanding athletes our country has produced over the years.

Endurocad, a non-profit organisation that provides a complete sports-management solution for aspiring endurance athletes, gives South African athletes the opportunity to improve their performance and the necessary skills to make a living using their athletic talent. Founded in June 2013 by Olympian and former long-distance runner Elana Meyer, Endurocad will be sending Christine Kalmer to the Rio Olympic Games this year.

“We source talent from across the country through various running clubs, athletics associations and affiliations, and we grow this talent by choosing the top five to eight athletes from the training camps we hold around the country and putting them through an 18-month training and performance programme,” explains Meyer. “The athletes are given extensive training, including one-on-one coaching, nutritional guidance from Vital Health Foods, mentorship and development guidance as well as the support of corporate South Africa, including Investec Asset Management and KPMG,” she adds.

Athletics suffered during the apartheid years, as sports boycotts prevented South Africa from competing internationally, and top local talent such as Zola Budd and Sydney Maree left the country to run under other states’ flags.  This loss led to a decline in athletics development and participation, but the tide has now turned, and athletes such as Justin Fritz, Wayde van Niekerk and Stephen Makoka are making headlines. Meyer, who is also the ambassador for the Sanlam Cape Town Marathon, has helped athletes new to the game to develop the necessary skills and motivation needed to run a city marathon.

The Sanlam Cape Town Marathon, which takes place in September, is a classic 42.2km race that offers runners a unique experience highlighting the city’s natural splendour and top cultural attractions. It’s the first of its kind in Africa and, after gaining IAAF silver label status in 2014, has set its sights on graduating to IAAF gold label status and becoming a world marathon on the lines of the famous New York and Boston city races.

“Getting world marathon status will be a huge opportunity for all athletes in South Africa because it will not only put running in South Africa on the map, it will also assist in ensuring South African runners have access to a world-class running event organised by globally accredited standards,” says Allen Barnes from Western Province Athletics, a partner of the Sanlam Cape Town Marathon.

There are other athletics programmes in South Africa geared towards the development of the sport, including Varsity Athletics, which enables universities around the country to compete against one another and perhaps get spotted by talent scouts and Athletics South Africa. Zarck Visser, Akani Simbine and Justine Palframan are just three big names that rose through this programme.