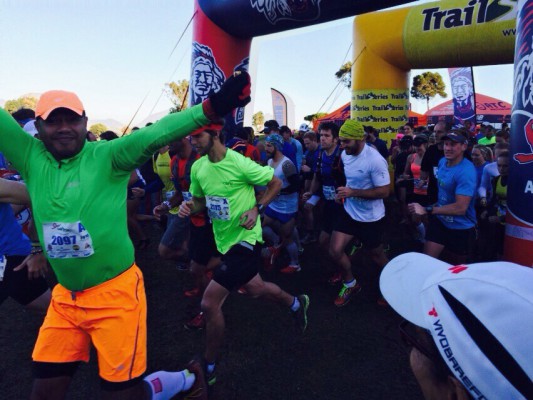 I probably overheard people casually throw the phrase “Taming the Tyger” a few times before the race. Pfft, my aim was just to survive the Tyger!

I’d just finished the last of my meds the night before the race thanks to a nasty bout of flu that I picked up after the first race in the Spur Winter Trail Series at Paul Cluver.

Against Doctors orders and because of a serious case of FOMO (my wife can confirm this J) I was out with all my trail compadres ready to take on Race 02 in the series at the Tygerberg Nature Reserve. 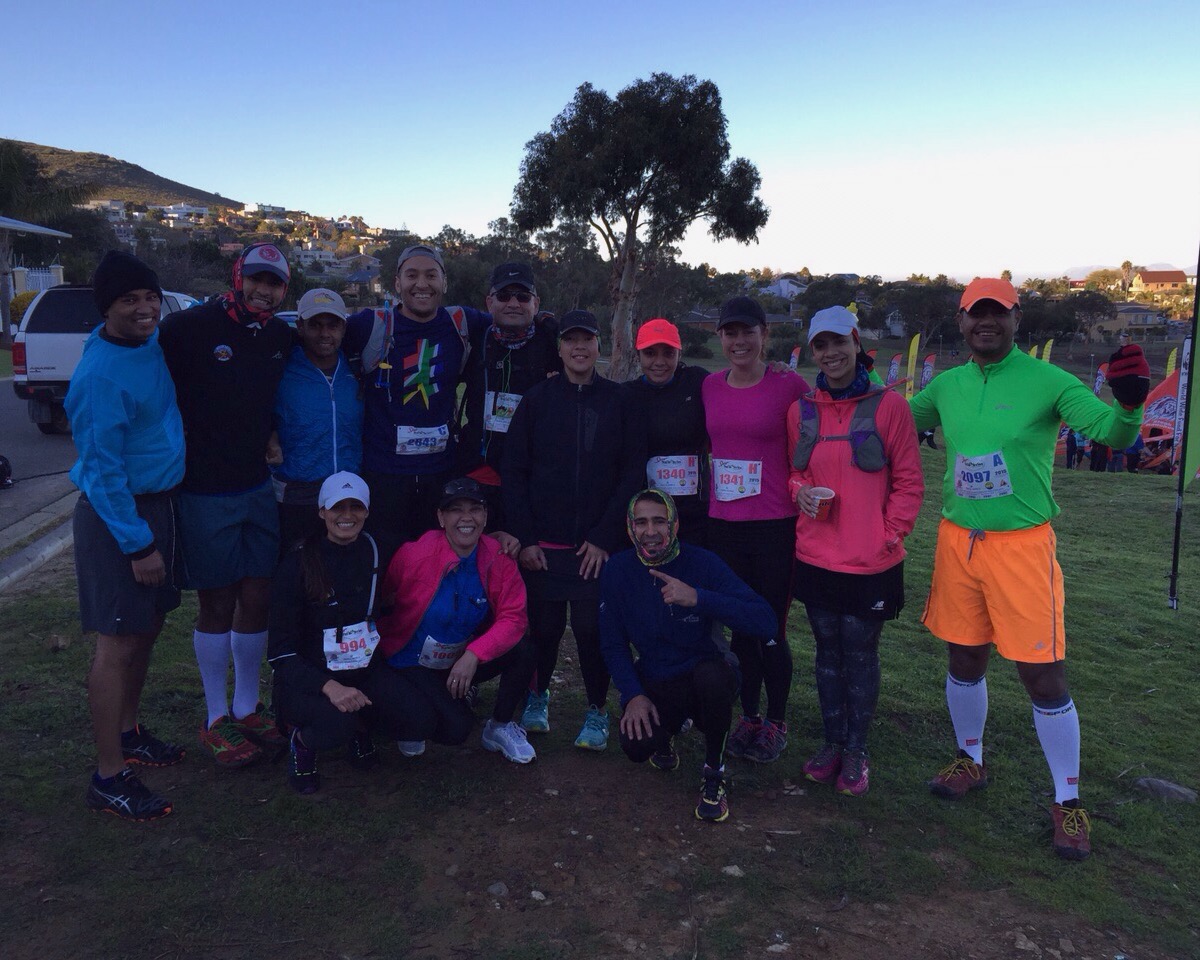 My crazy peeps the Trail Bokkies

Set in the lovely northern suburbs of Cape Town, the Tygerberg Nature Reserve event was not going to be easy as can be seen from the race profile:

Yes, the Tyger certainly had claws and they were in the form of an undulating course with some climbs that were going to test all those who were brave enough to take her on.

And so we lined up at the start with some familiar faces from the previous race and a few new ones for our 12km running tour of the Reserve. 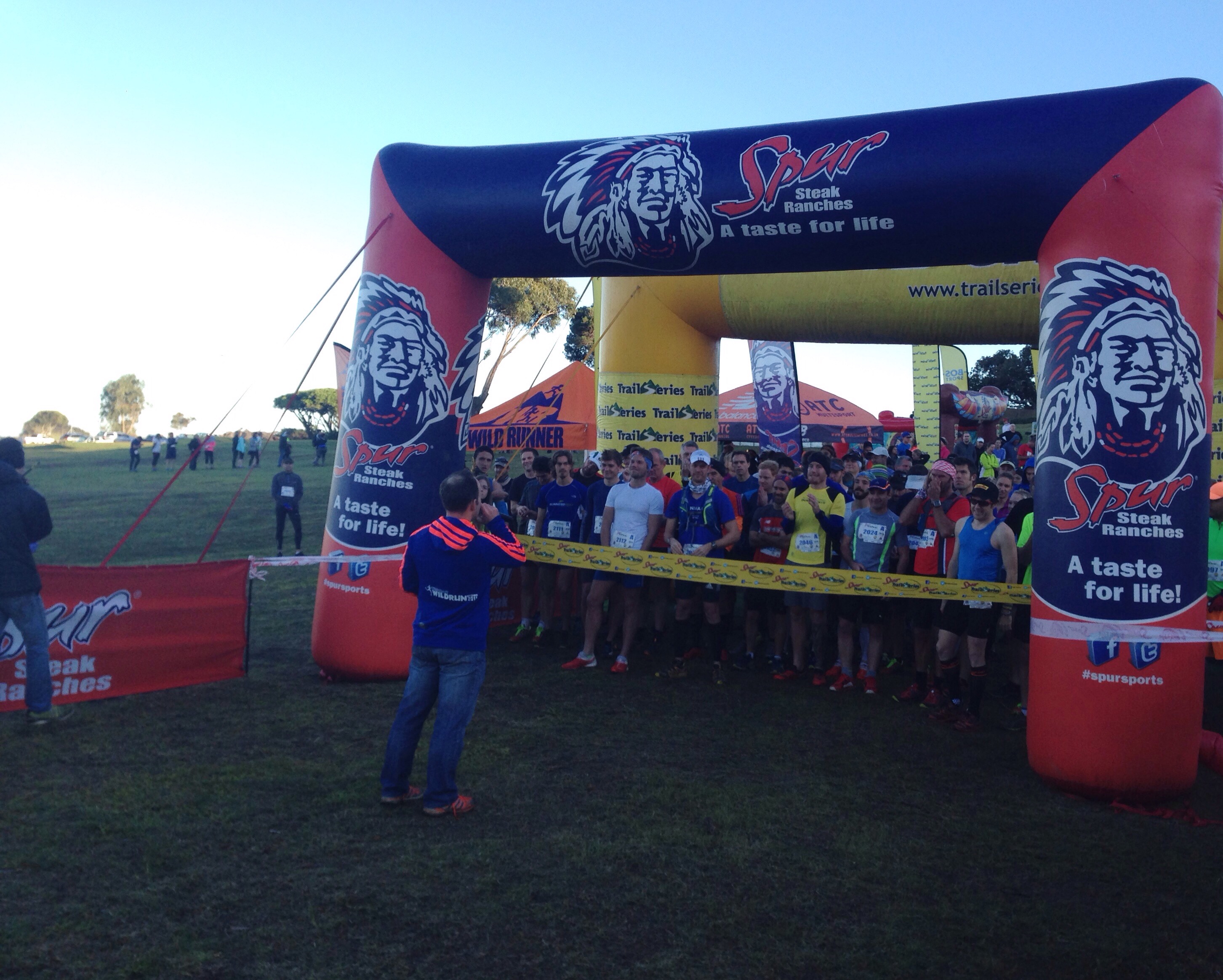 The start of the race takes you along a short section of tarmac before entering the Reserve. A couple of early climbs get the quads ready for what’s to come and quickly spreads the field out. What hit me almost instantly were the stunning views of Cape Town and Table Mountain. There are some really great photo ops along the course and, the higher you climb, the better the views get. 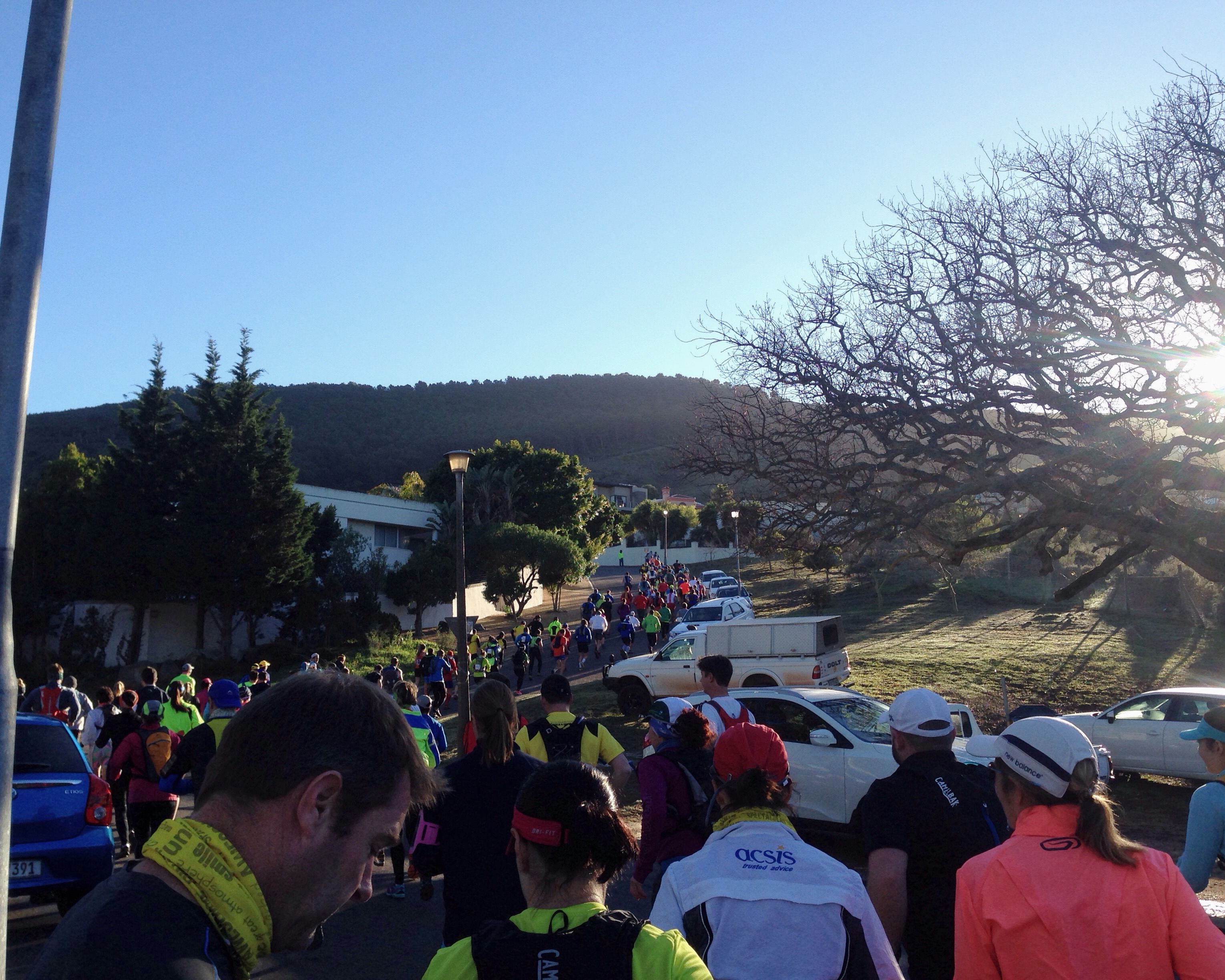 Across some tarmac at the start 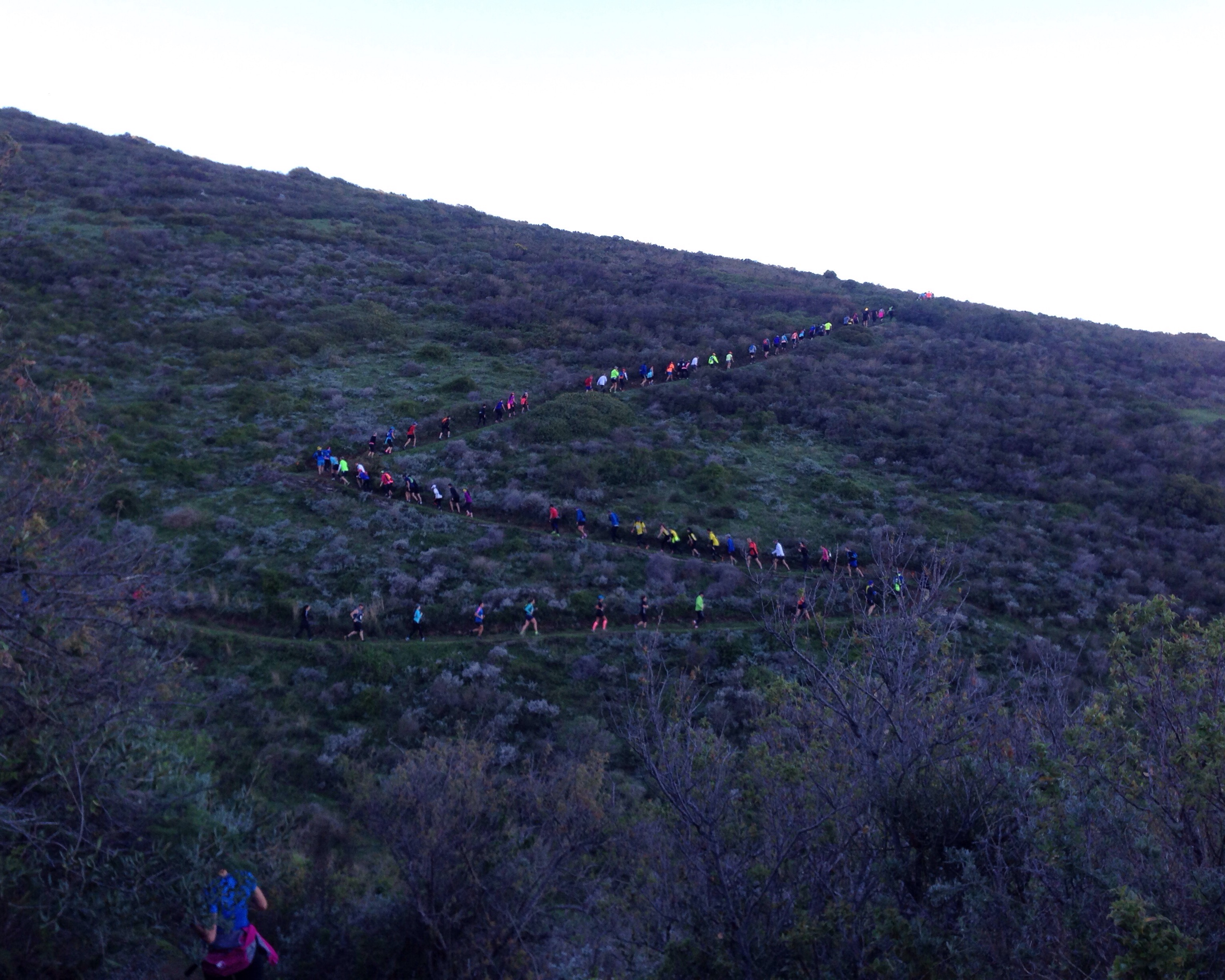 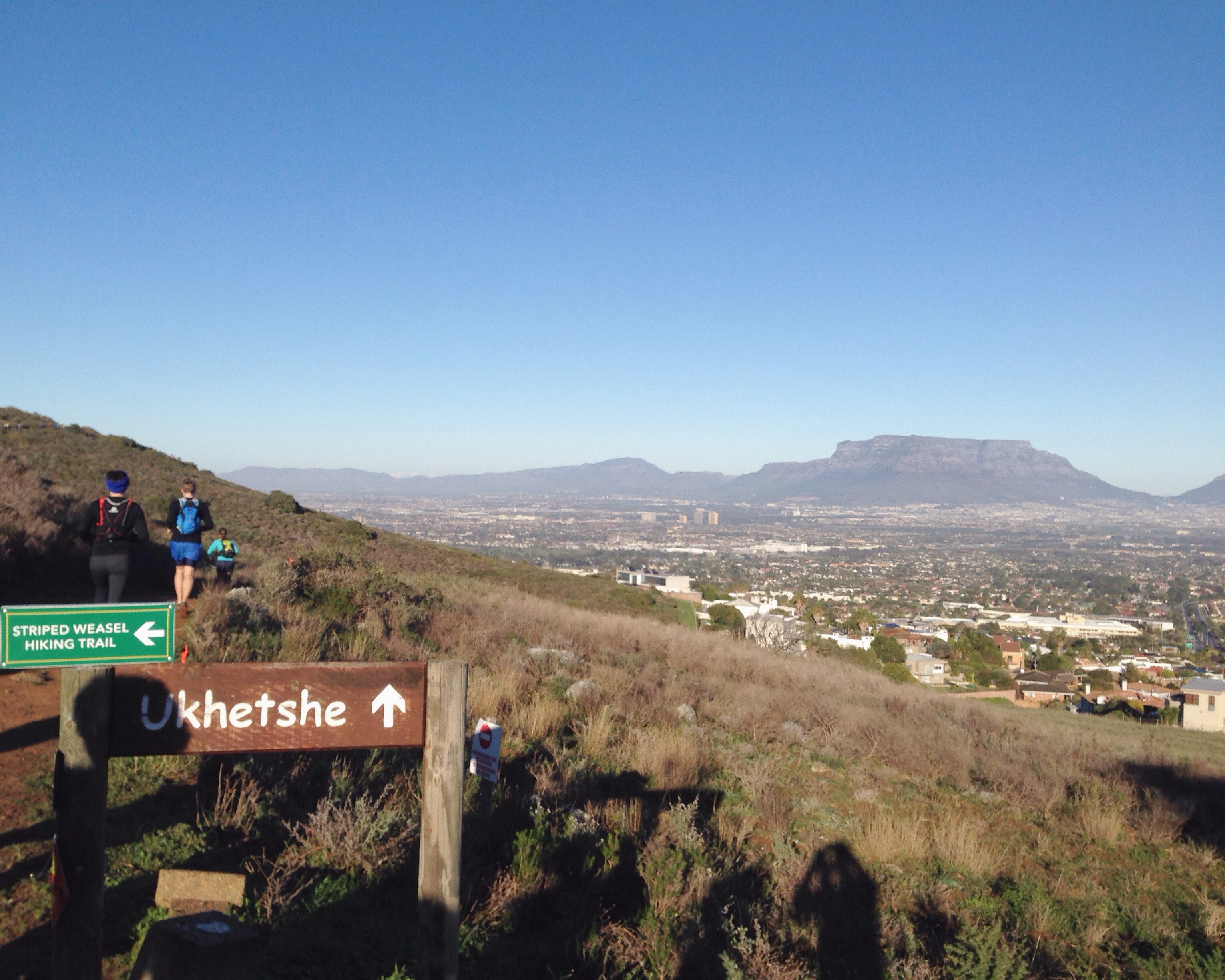 Lots of stunning views all around

The course terrain is relatively the same throughout and you can expect to run on gravel that changes between single and jeep track, becoming muddy underfoot in certain sections. Watch out though as a few runners found themselves on their bums – trail running will humble you lol. One or two breaks onto tarmac can also be expected.

In most cases there is enough space to overtake on the single track – just ask politely J. However, be aware that (depending on how fast or slow you finish) you can run into some traffic as the Short and Long courses intersect midway through the race for about a kilometre. 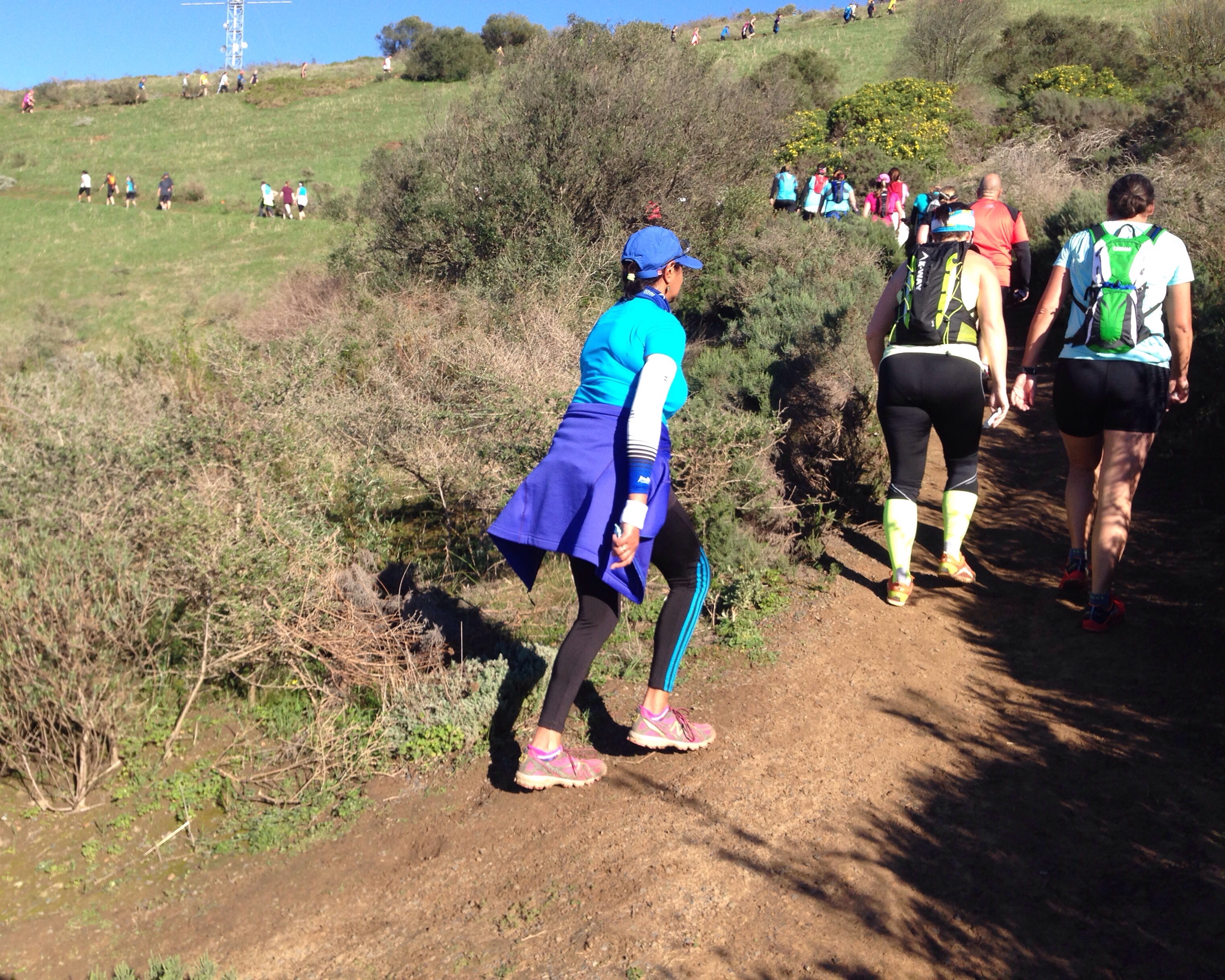 Just before the meeting point of the two races, the Long Course goes on a detour loop which got very slippery the closer we got towards the lower areas of the course. The detour takes you under some low bridges – yes, I knocked my head about 4 times lol – past a beautiful wetland and then back up a long climb to the top of the Reserves hill. The two races meet about three quarters of the way up. 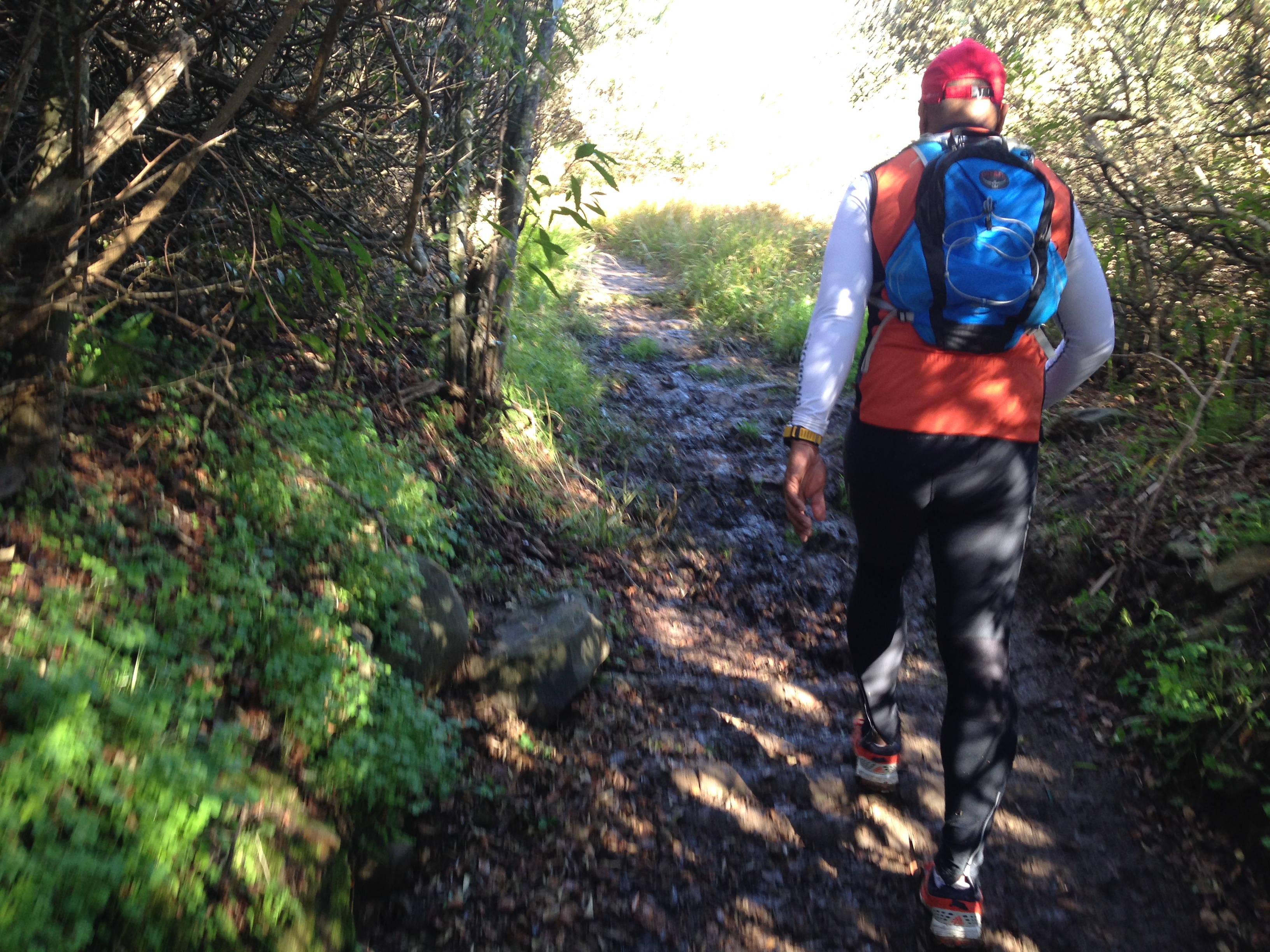 The trail gets really slippery along the detour

After a quick bomb down from the top of the hill, the two courses split once again. However, this is when the Long Course really bares its teeth. 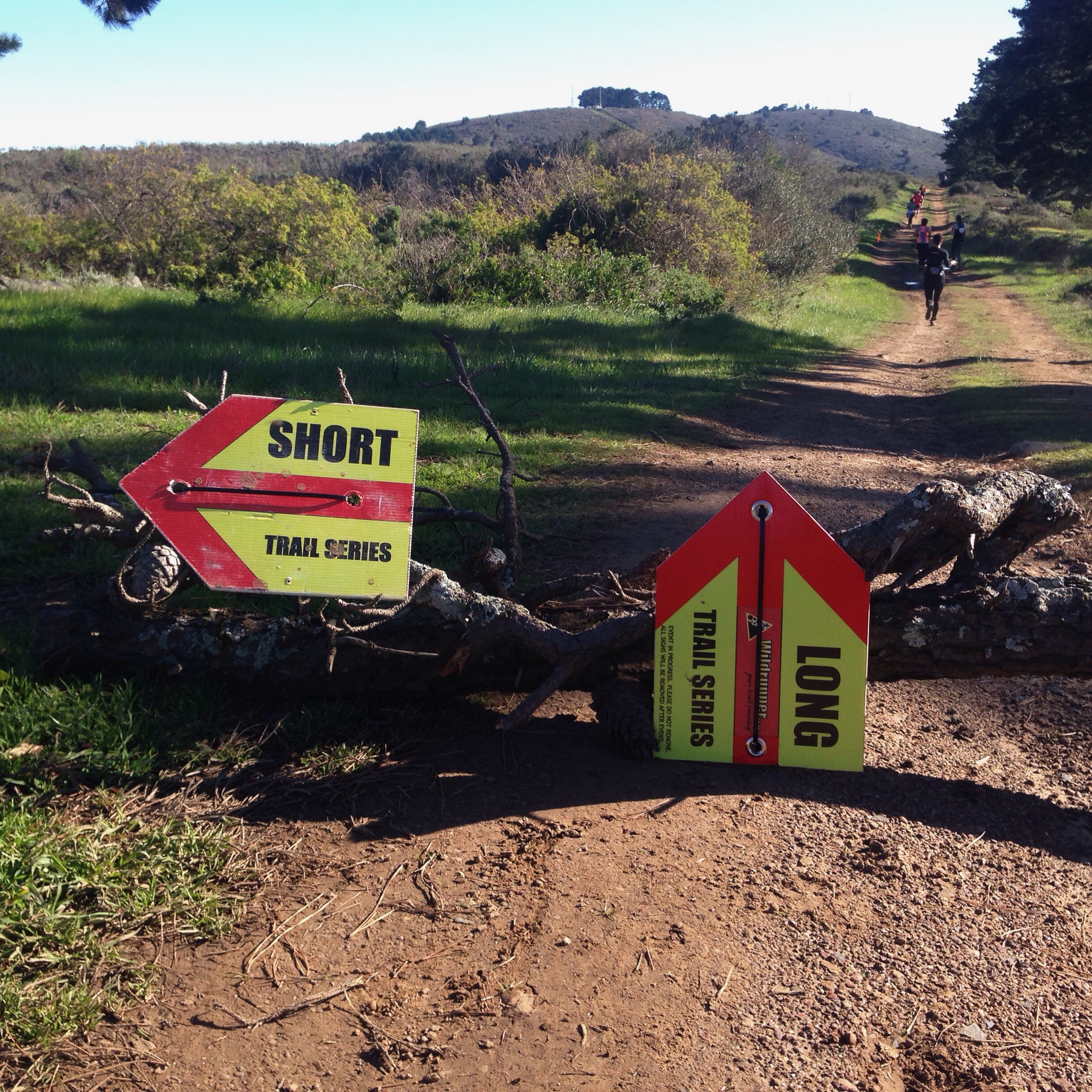 What lies ahead in the final section of the race are two brutal climbs, the last of which will really test your mettle. It was clear on all our faces that we were happily suffering together as the chatter increased with many a “Come on guys! This is the last push!” being shouted out as we battled through a calf busting climb. 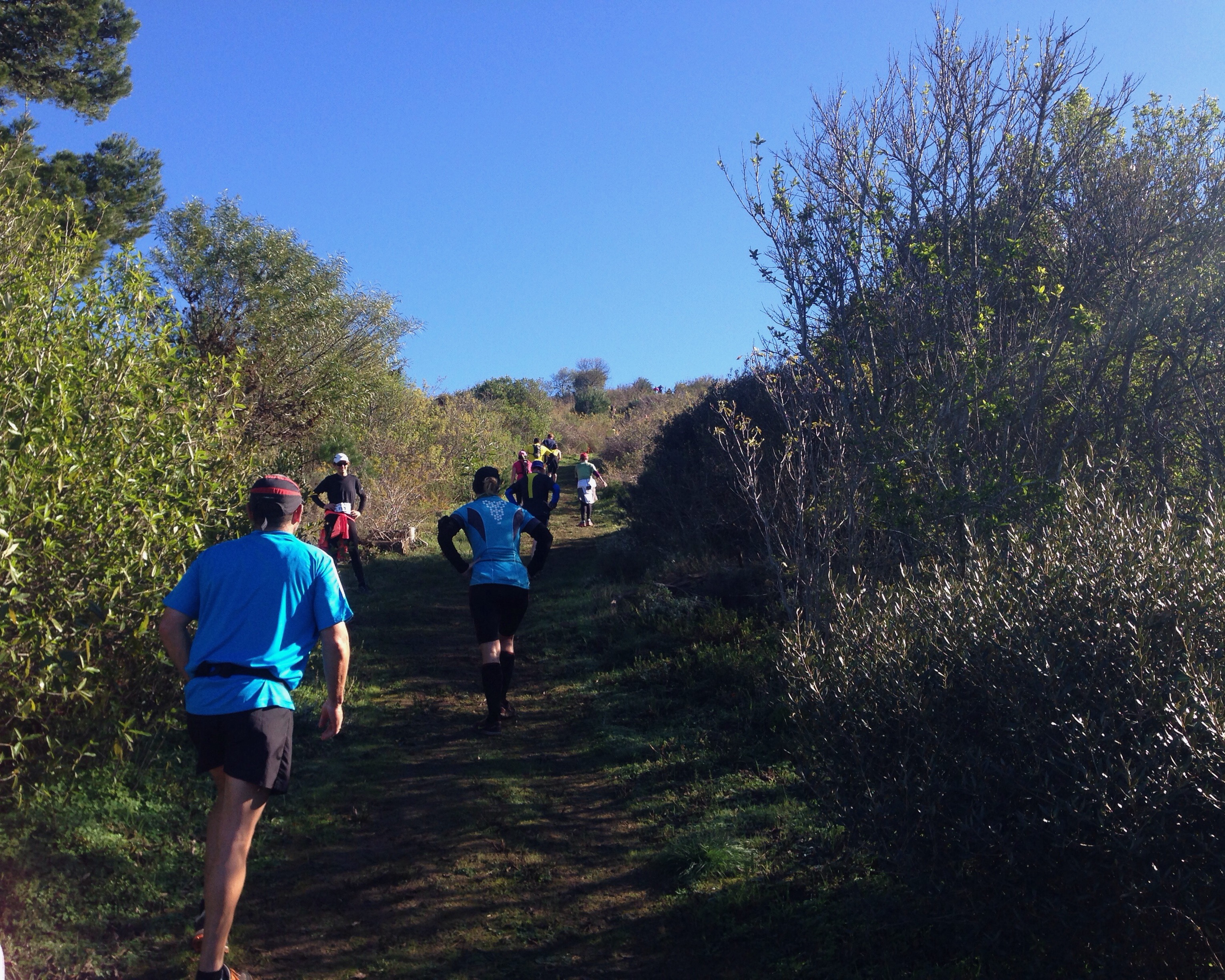 The point where you curse the race organisers

Finally, atop that demon of a hill, all that was left was a 2km blast to the finish line. It begins with a really fun, steep (and slippery!) single track through a section of pine trees, then joins a paved jeep track, down some steps and then out onto tarmac towards the finish. 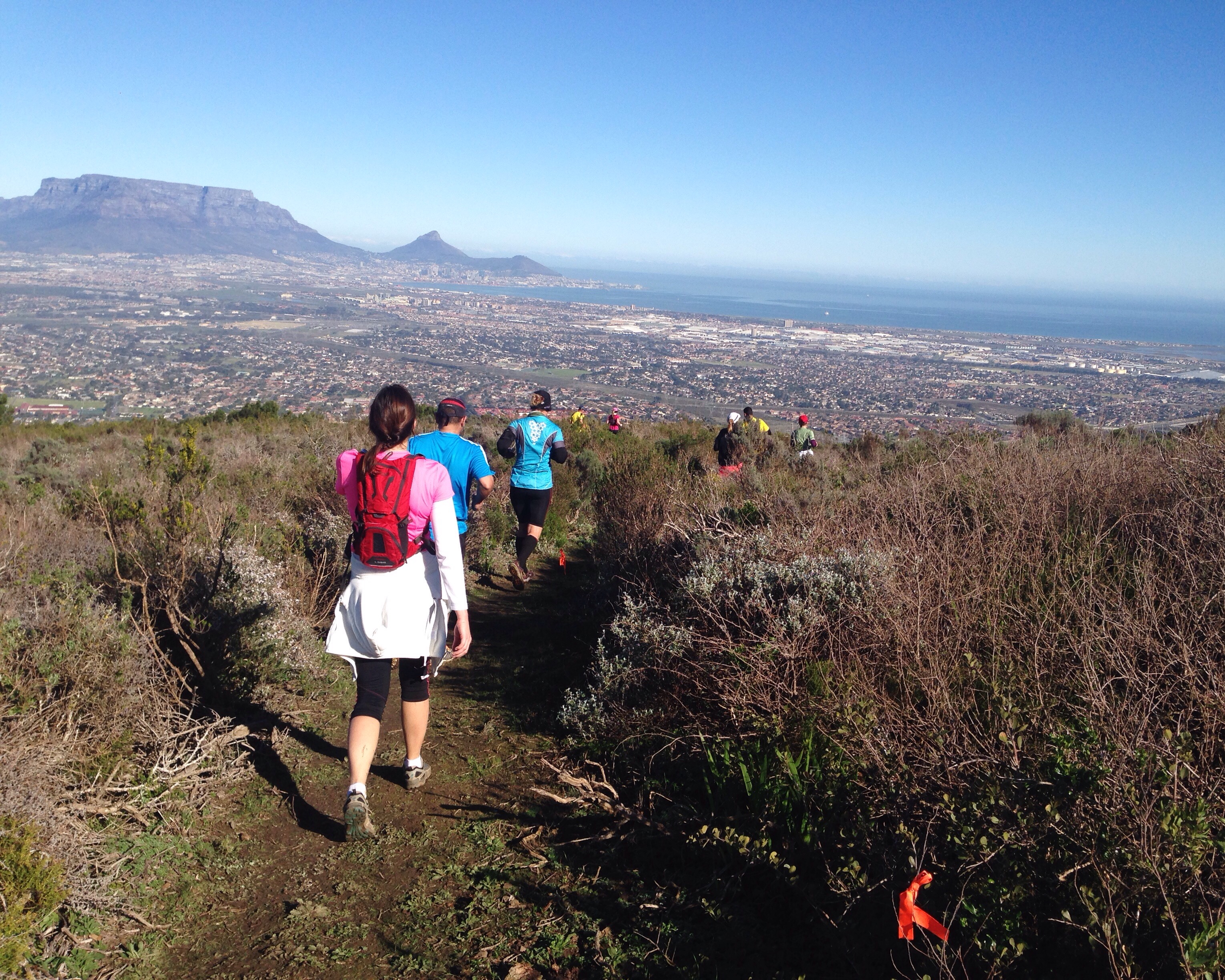 What a view at the top

A much shorter race than the Paul Cluver event, but definitely a toughie!

Overall the route is not very technical apart from the slippery and muddier sections which can get tricky. It seems the further we get into the series, not only does the gees seem to build and build, but it is clear that each course will have its own nuance that will need to be overcome. 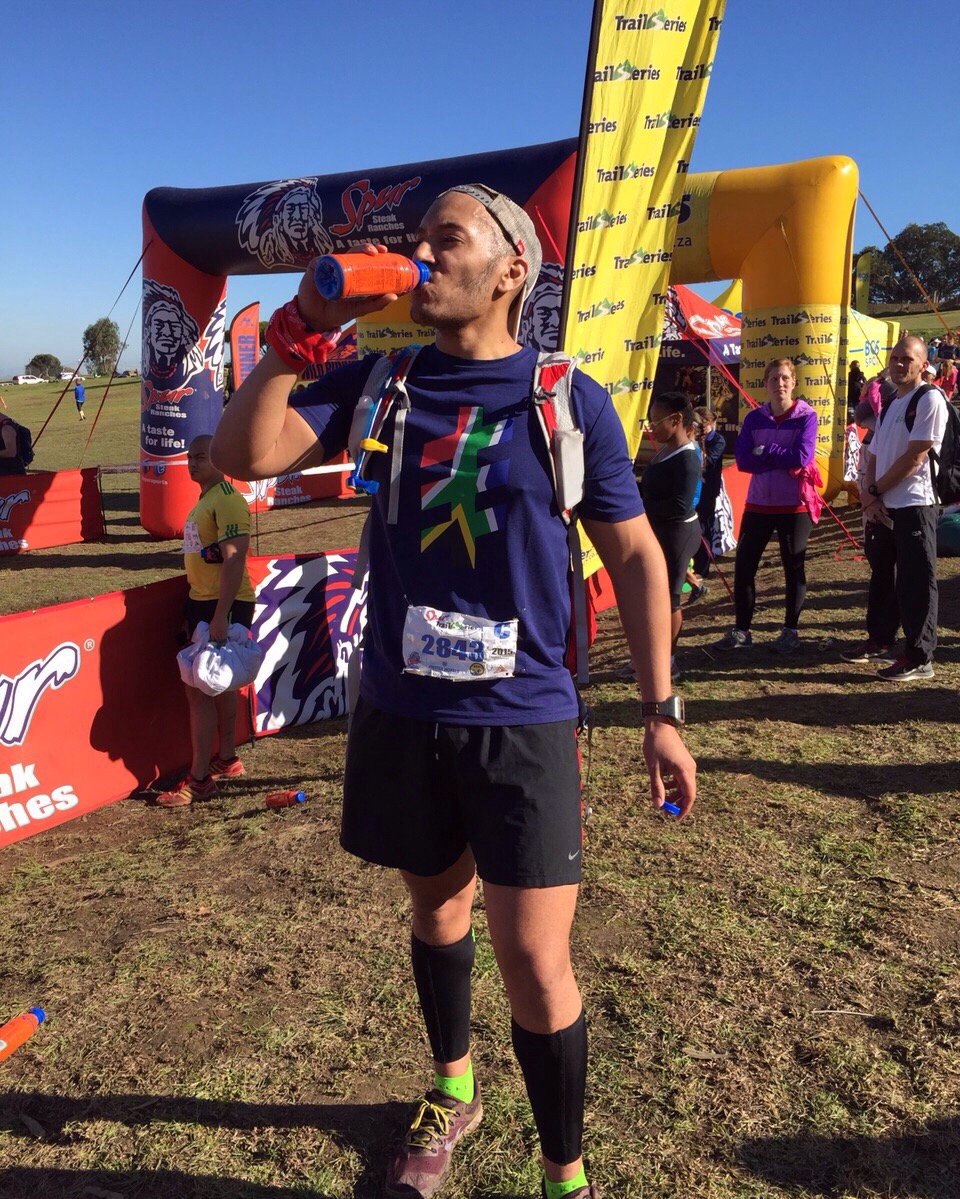 Have you competed in the Spur Trail Series or run the Tygerberg Nature Reserve leg before? Share some tips on what worked for you in the comments section below.