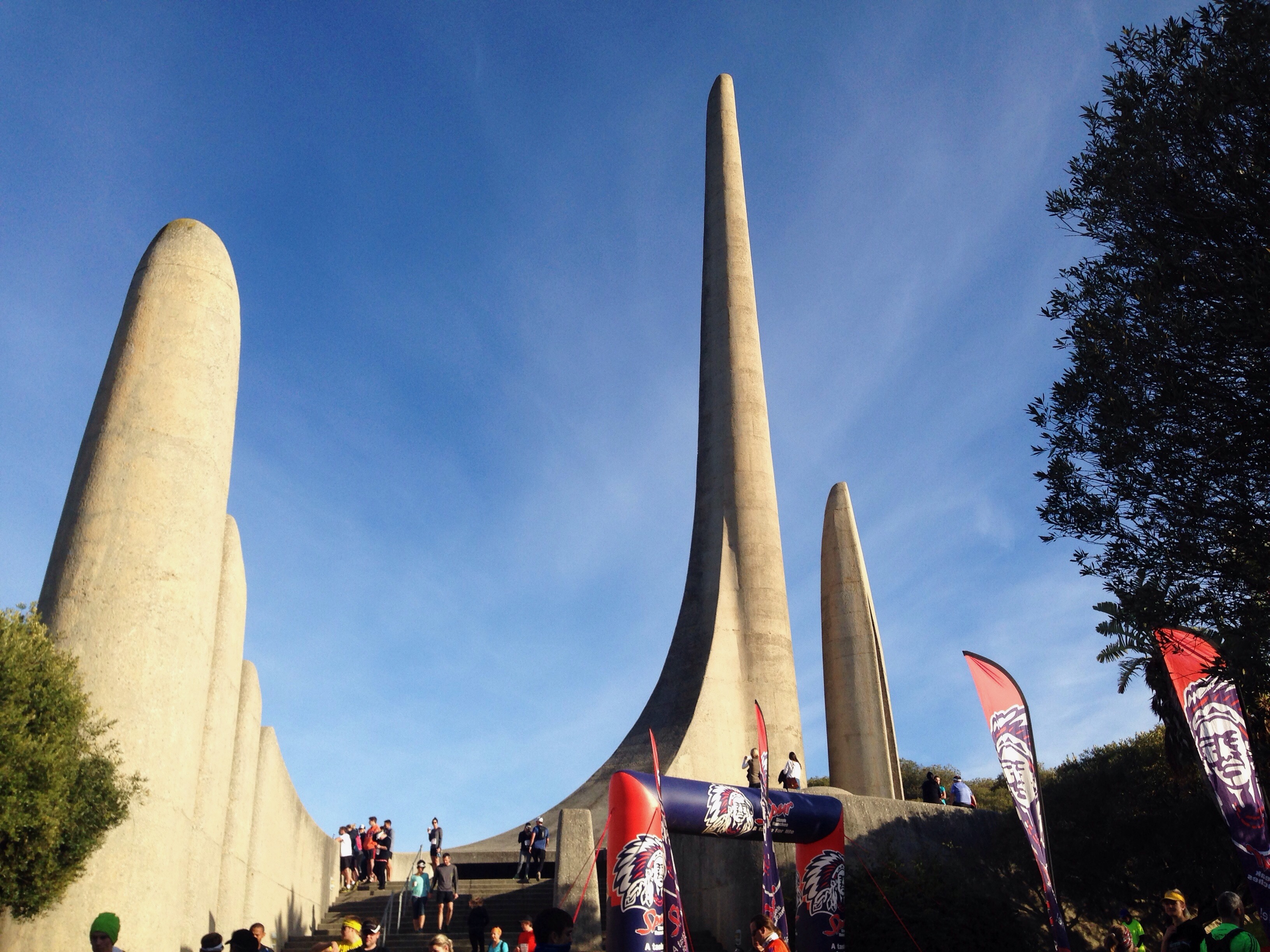 I love Paarl. I always get excited when I take the off-ramp from the N1 and head onto Main Street. A couple of kilometres later, we were parking at the entrance to the Taal Monument and the start of Race 03 in the Winter Trail Series.

The 13.5km looped course planned to take us mostly along runnable tightly packed jeep track, which was punctuated by some big climbs early in the race. On this clear morning and with temperatures rising nicely for a winter’s day, the overall expectation was that this would be the fastest race in the series.

The Taal Monument is definitely worth admiring and was the result of me losing some time while I did some sightseeing. Suddenly, we were ushered into the start pen, and after a few high-fives to the familiar faces we’ve come to know in the series, we were set loose on the course. 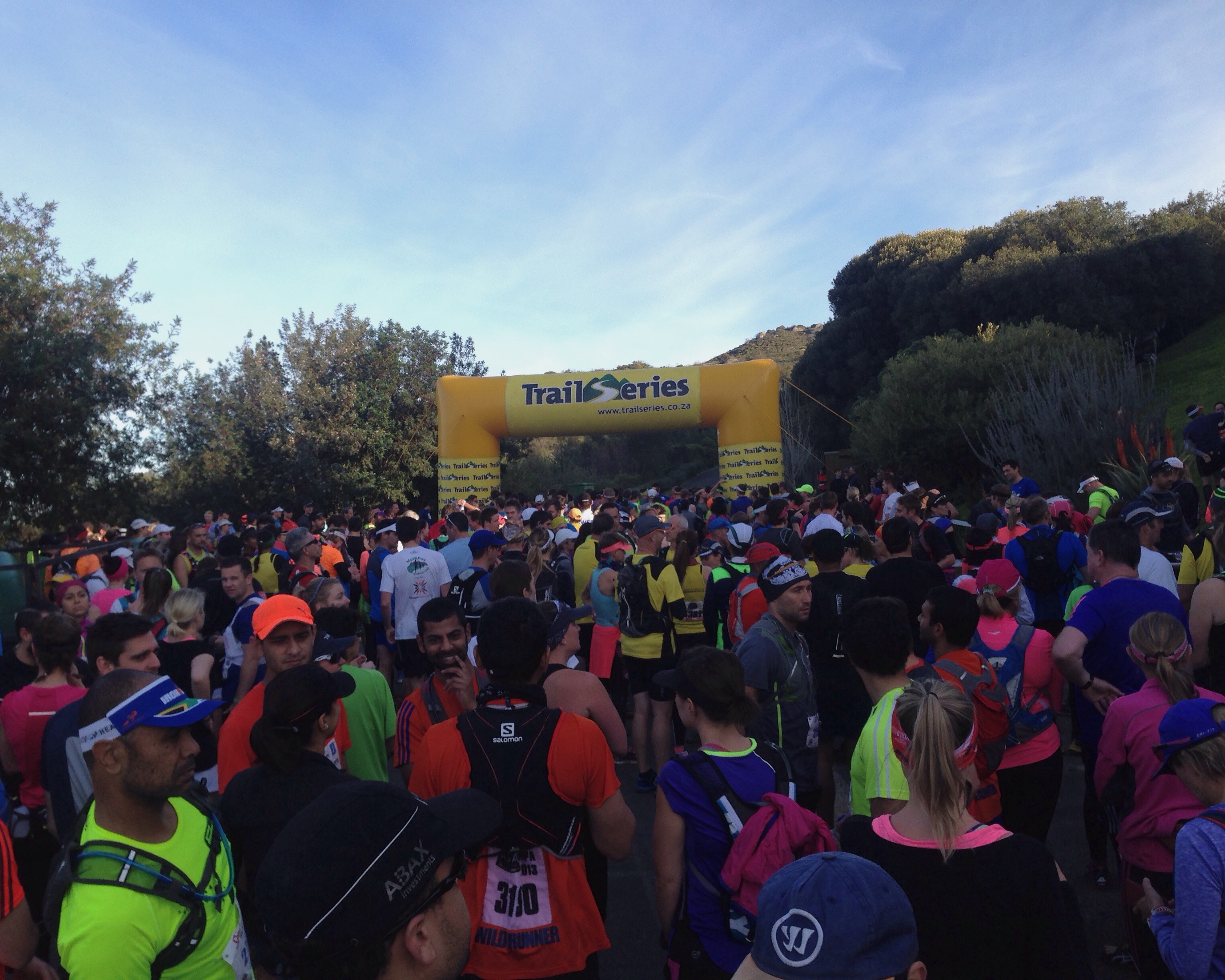 All them wild people getting ready to run

The race started on tarmac as we left the Taal Monument and headed towards Paarl Mountain. A couple hundred metres later we started along the clay jeep track towards the first climb.

Atop the first climb you can look forward to a really fast downhill blast. With steps, tight single track and a general disregard for my own safety, I couldn’t help myself as I charged down there like a maniac. Apologies to those who heard “passing right” and then saw an orange blur passing on the shoulder of the trail – yes, that was me in a moment of madness J 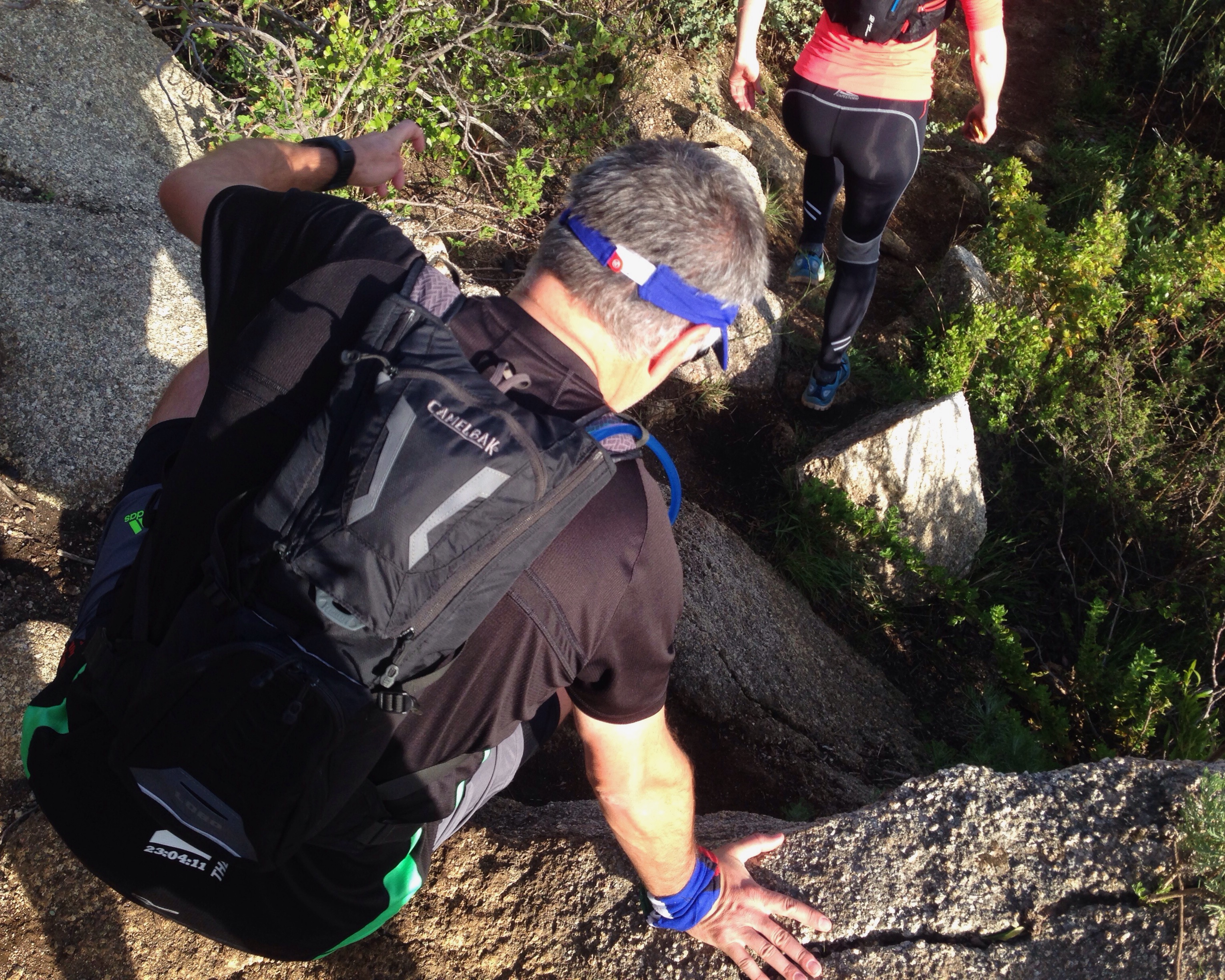 After climbing over this rock it’s all downhill

The second climb was a much longer affair as we meandered towards Paarl Mountain. About 4kms into the race, you catch a glimpse of the awesomeness of Paarl Rock in the distance. 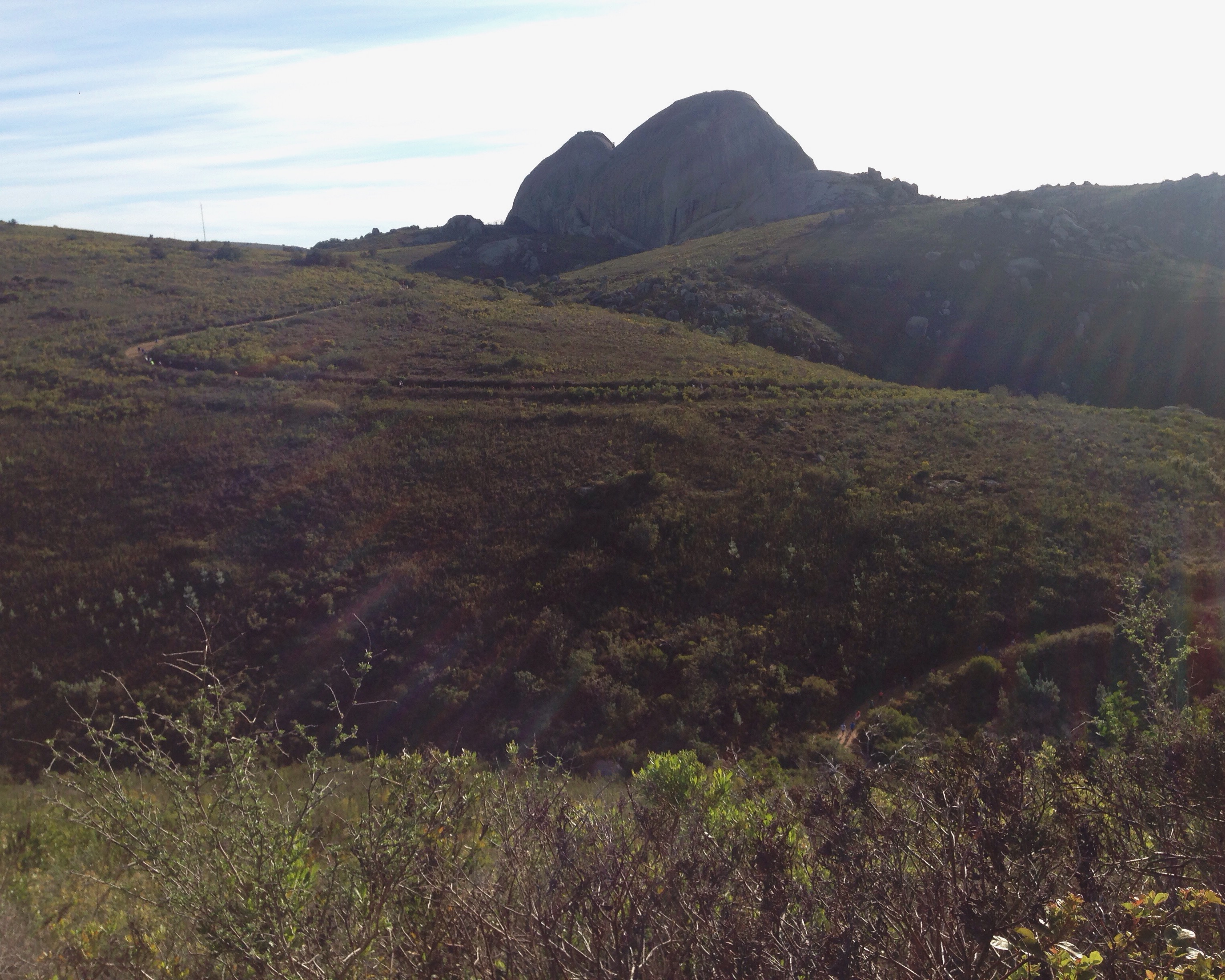 The winding climb ahead 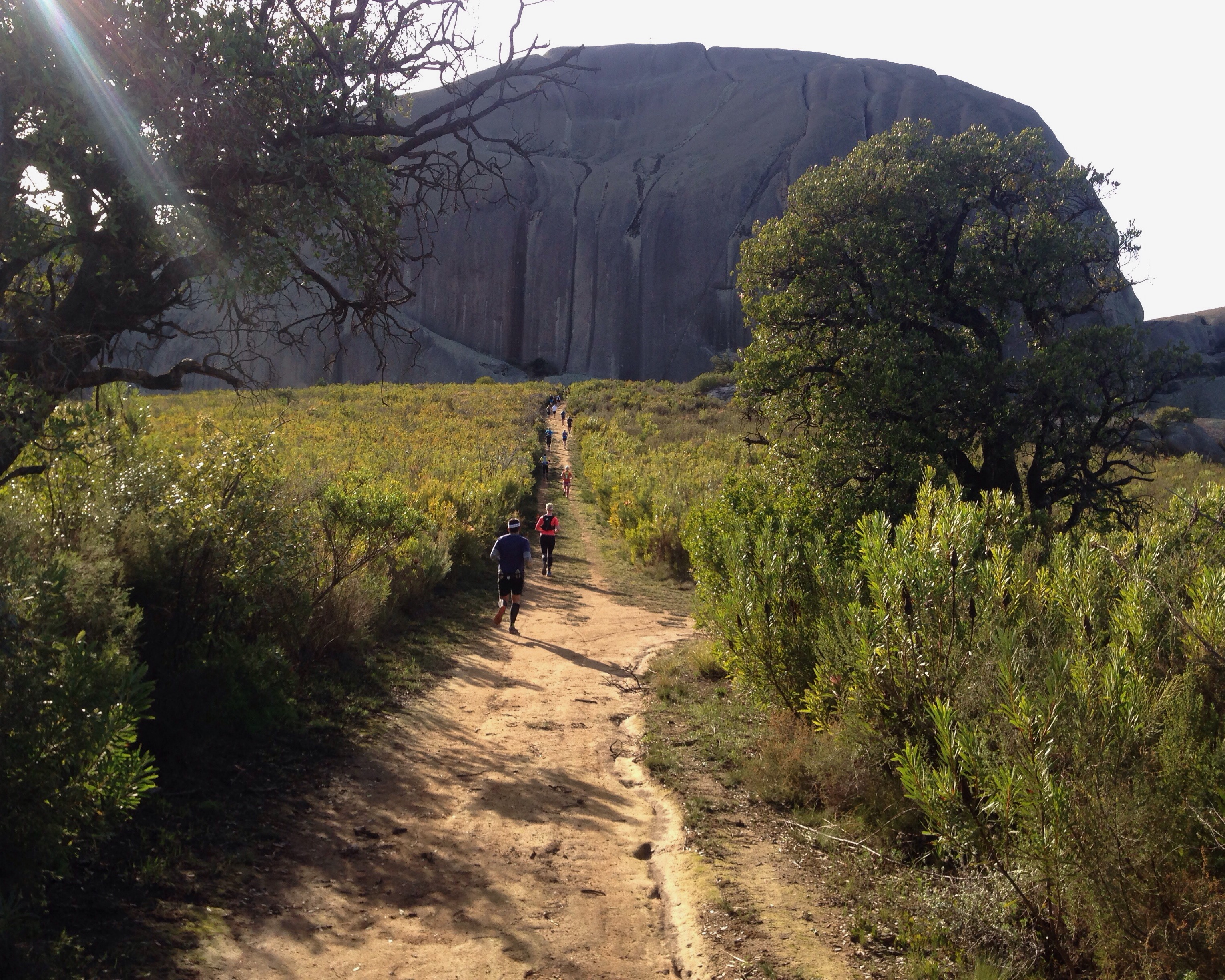 The Titan awaits in the distance

But, before we could claim victory over it, there is a long stairway to conquer. What felt like a million steps later, and with my quads properly on fire, we reached the top – which meant more downhill. Yay! 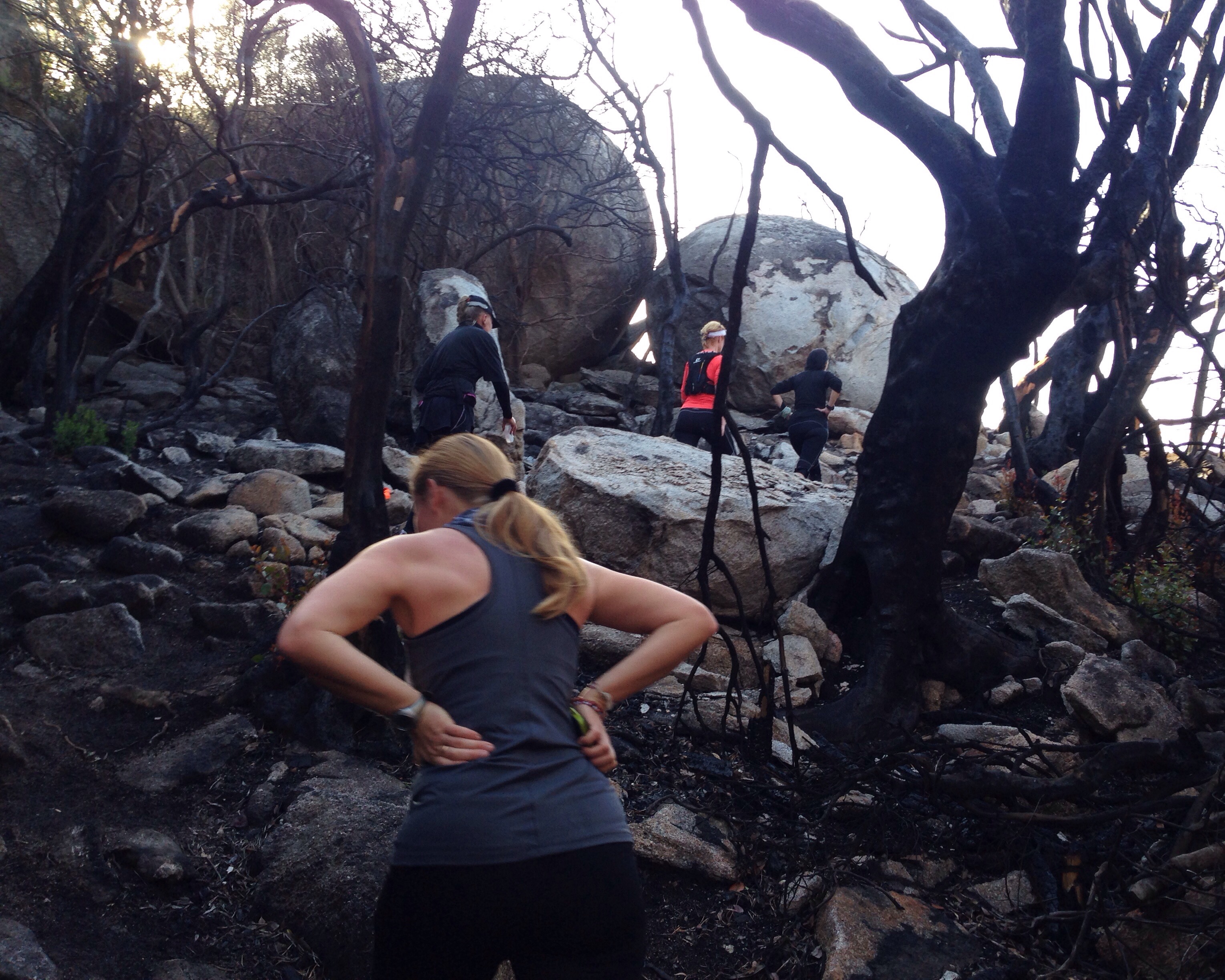 Are we there yet?

Don’t forget to take in the beautiful surrounds at the Paarl Rock viewpoint. The sights are absolutely stunning as you get a view of the entire valley below you. 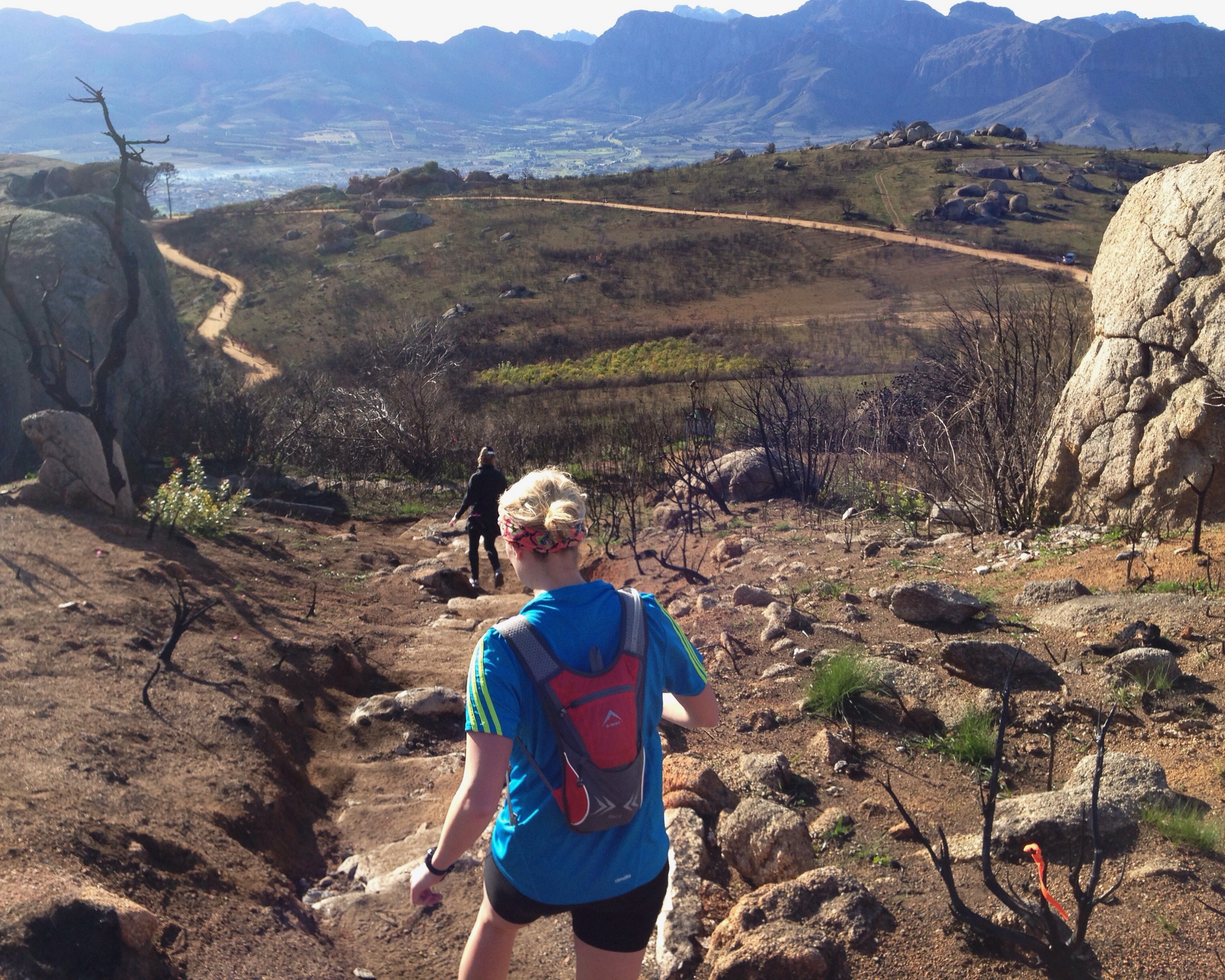 Time to stretch those legs on the downhill section 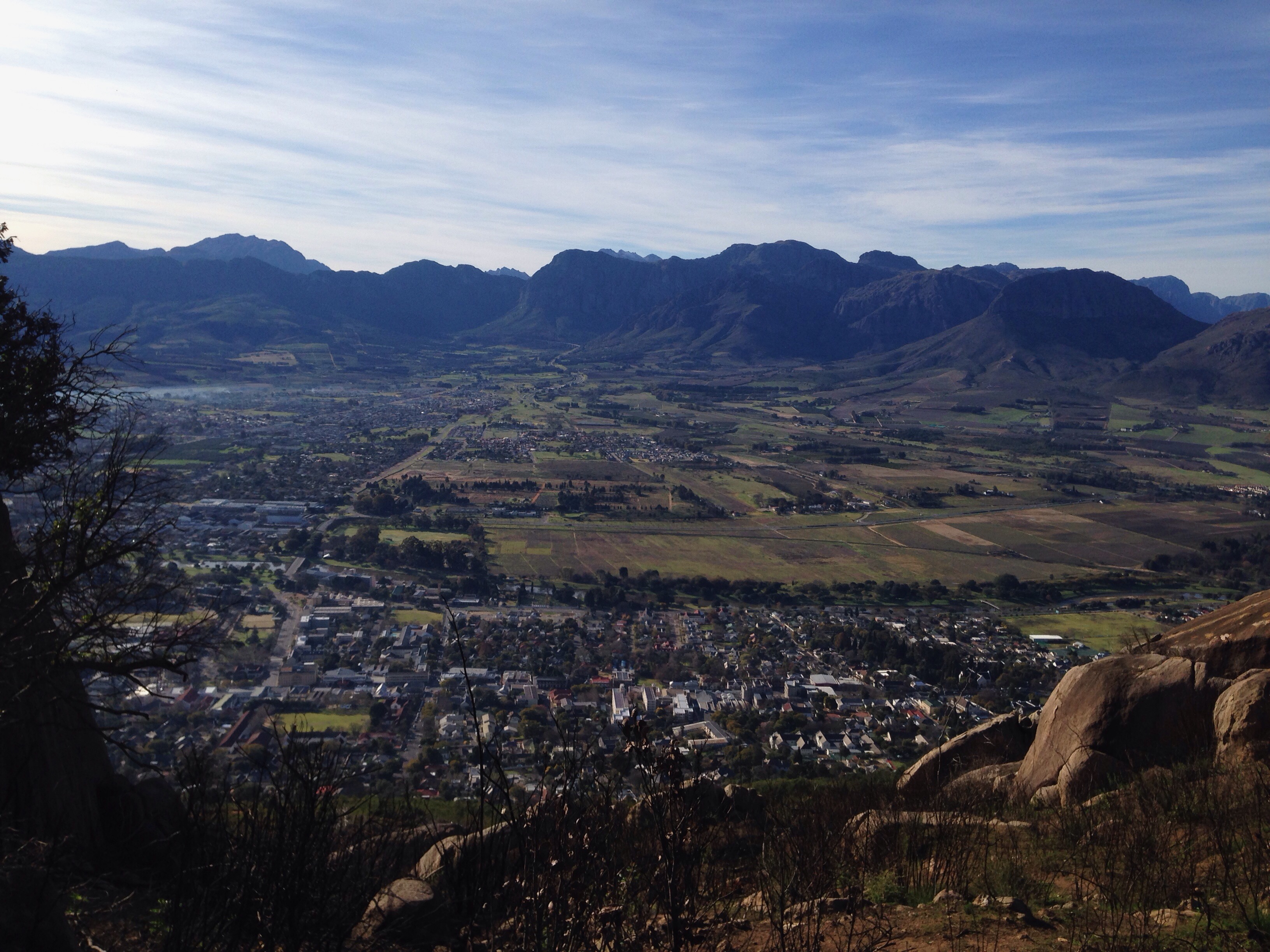 The scene at the Paarl Rock viewpoint

The rest of the race was along the familiar runnable jeep track. However the further we went into the day the more the temperature started to rise. For a bigger and heavier guy like me, this is when I tend to struggle.

About 8kms in, I surrendered and abandoned the compression top that I was wearing under my t-shirt. Another lesson learned during the series – less is more!

The course is truly spectacular as we cruised past sights such as the Betheldam reservoir and thousands of King Proteas which will definitely be in full bloom in a couple of weeks’ time. 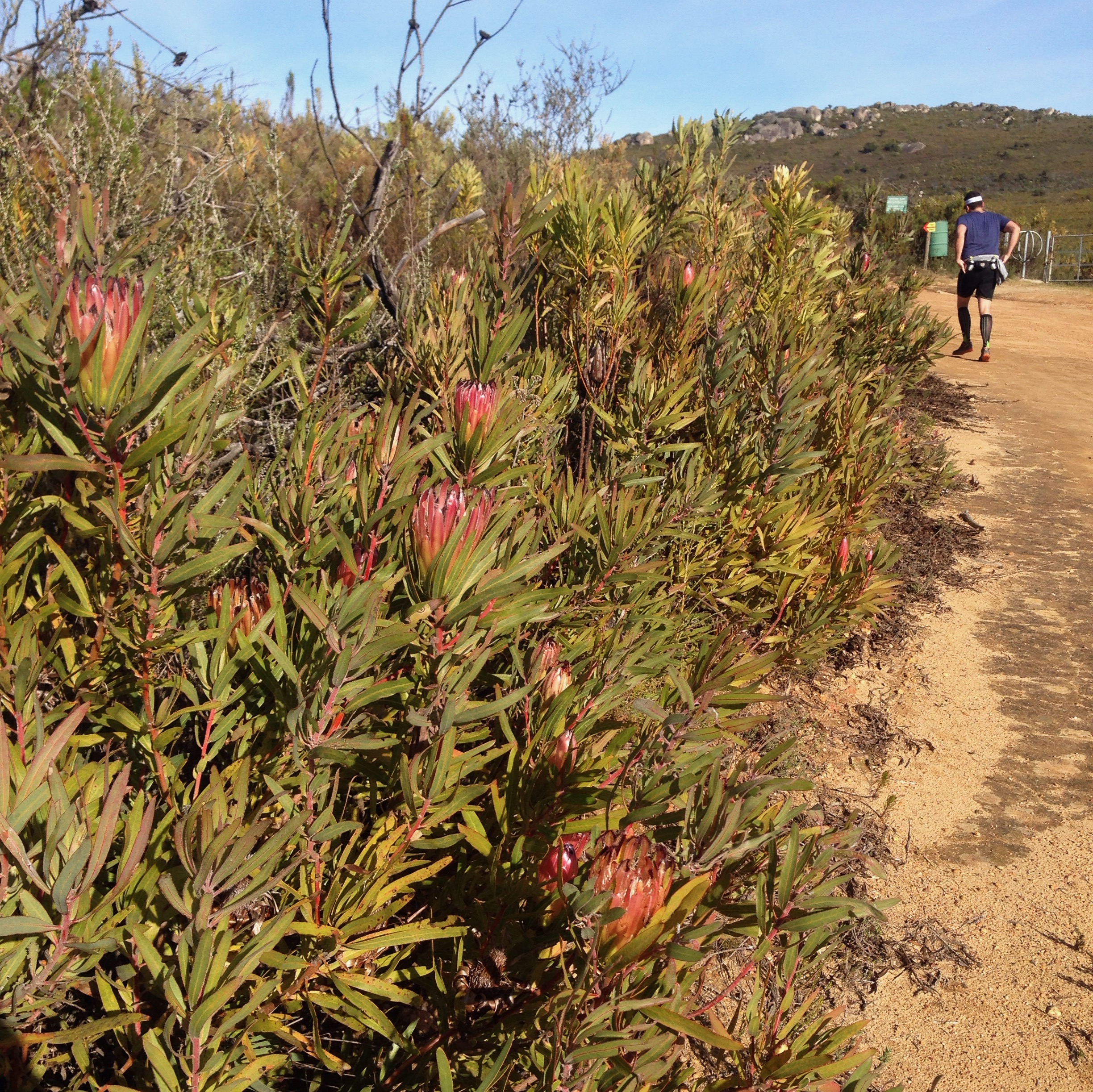 Beautiful King Protea all over the course

Towards the end of the race, I started to notice a gradual downhill which then evolved into a full speed gallop from about 2kms out. You can actually spot the spires of the Taal Monument as you near the end, which adds as further motivation to kick on towards the finish line. 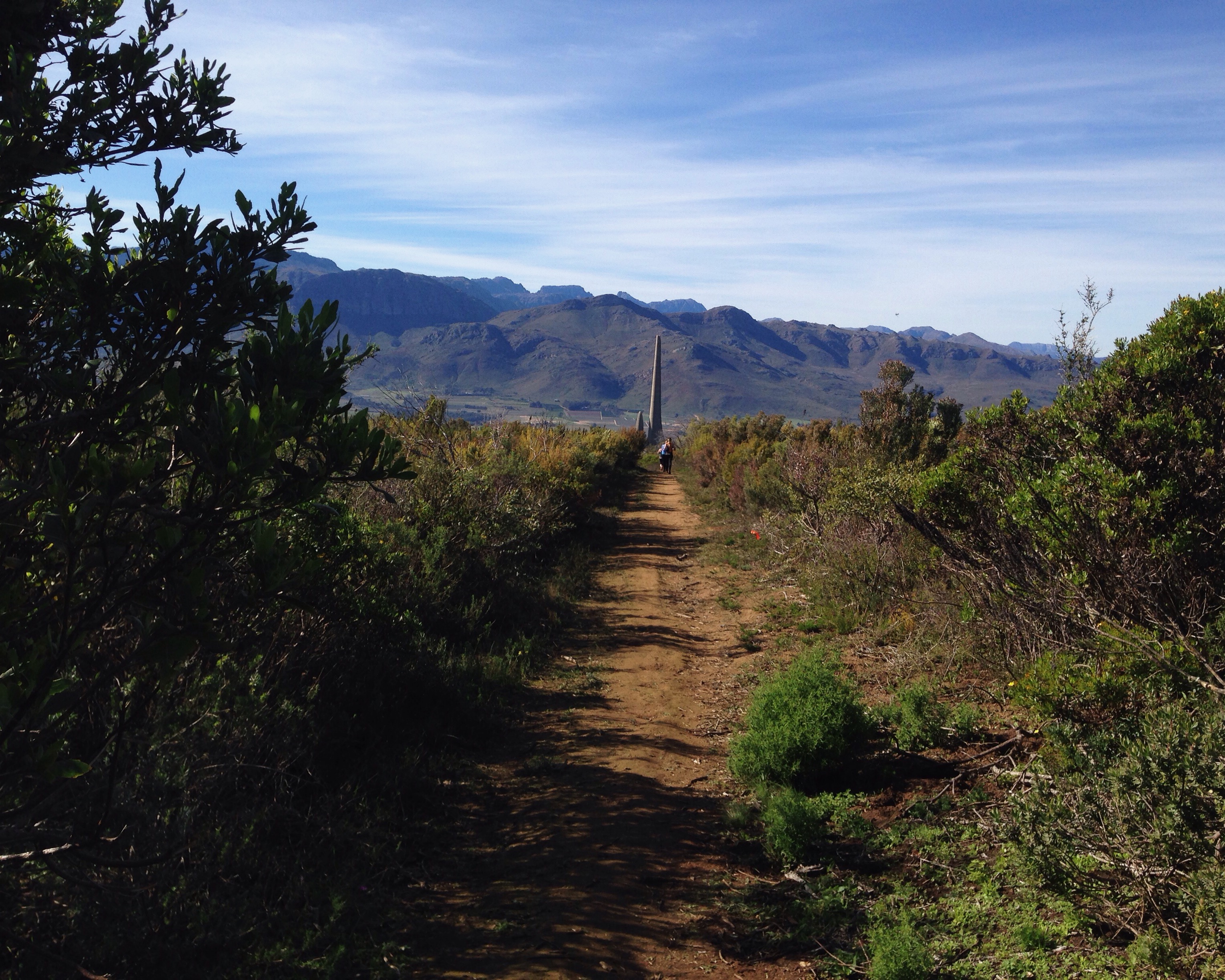 The Taal Monument in the distance 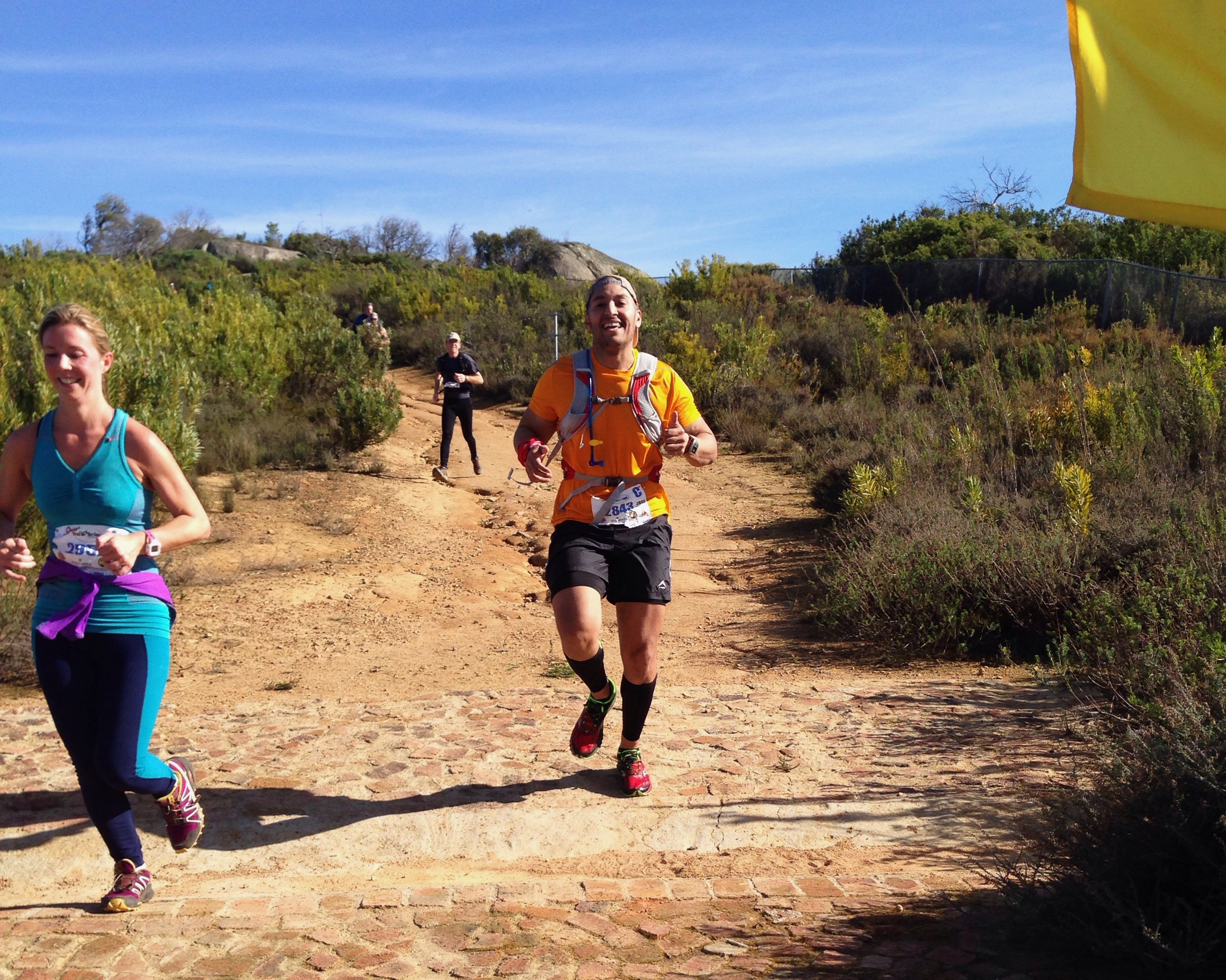 All smiles in the final stretch

The event organisers pulled a sneaky surprise right at the end as we were directed to run through the tunnel at the Taal Monument, down a few steps before crossing the finish line and grabbing some cool refreshments. 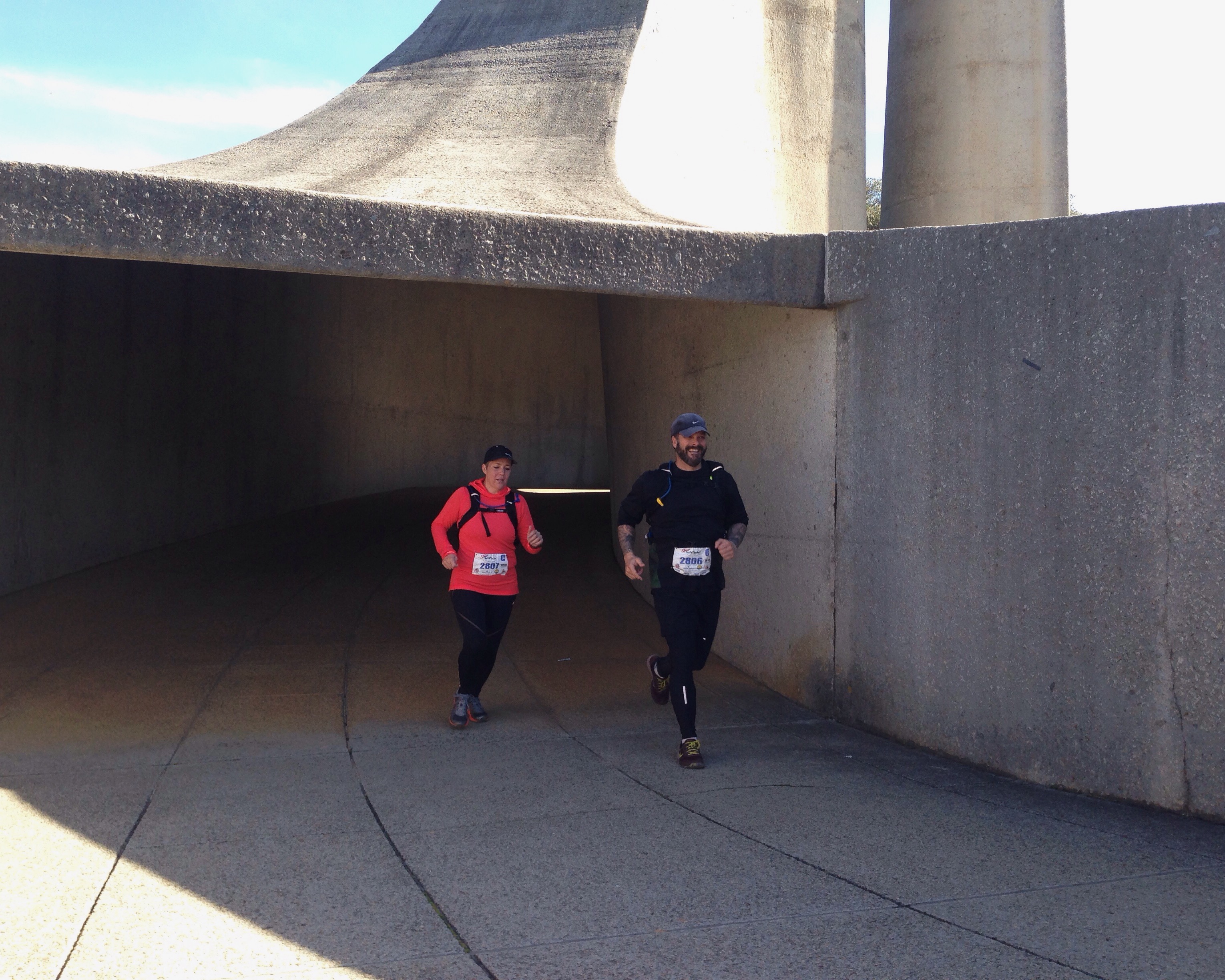 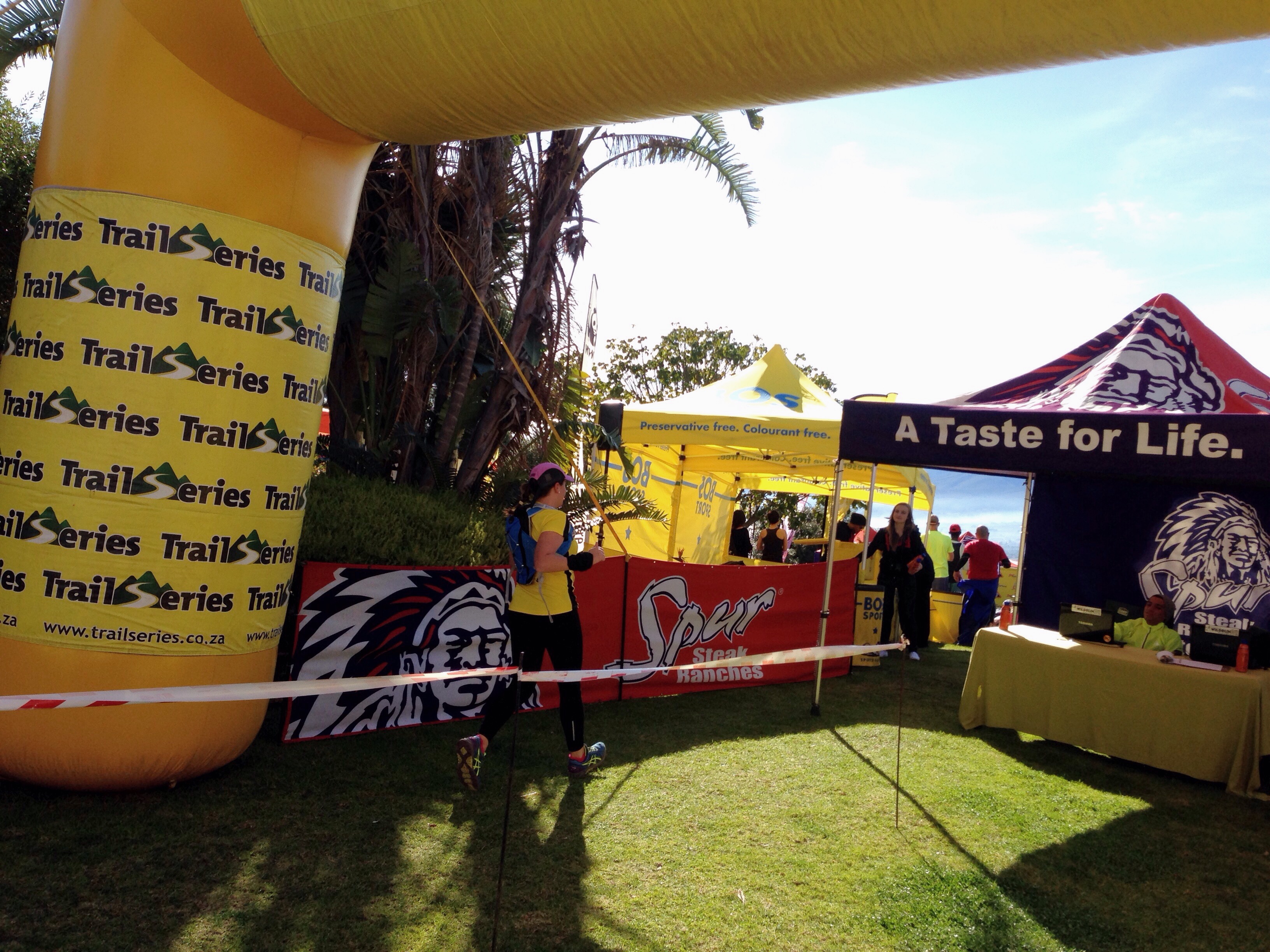 … and over the finish line

With another fun race under our belts, all eyes now turned towards the final race at the Kogelberg Biosphere Reserve in Kleinmond.

See you all there! 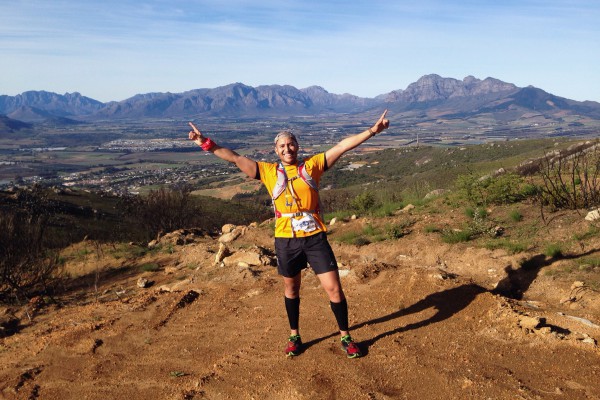 Have you competed in the Spur Trail Series or run the Taal Monument event before? Share some tips on what worked for you in the comments section below.