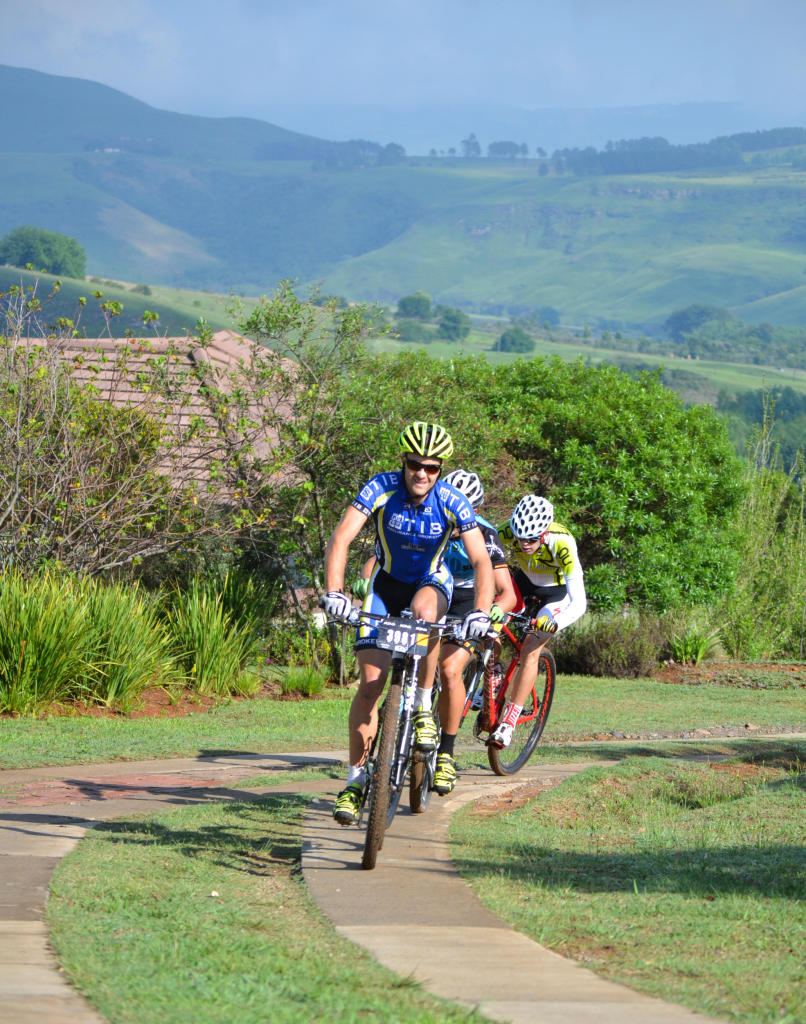 Defending Mountain Splendour Mania champion and overall 2014 ROAG Series winner Andrew Hill (TIB Insurance) will hope to end the series on a high note when he heads up into the Central Drakensberg this weekend for the 2014 edition of the 40km marathon. – QuickPix/
Gameplan Media

Pietermaritzburg – The 2014 Quattro ROAG Series is set to come to a thrilling conclusion this weekend as the Mountain Splendour Mania brings down the curtain on another successful year’s action with Andrew Hill having already wrapped up the men’s title while the Central Drakensberg based mountain bike event will feature an exciting end to the women’s series with Natalie Bergstrom snapping at the heels of Jeannie Dreyer.

Despite already having his third consecutive series title in the bag, Hill is however eager to end the series with another positive result while also seeks to successfully defend the title he won in 2013 at the Mountain Splendour Mania when the 40km marathon in KwaZulu-Natal’s Central Drakensburg gets underway on Sunday morning.

Hill is followed by Kargo Pro MTB team’s Brendon Davids on the series standings however the young all-rounder must get a result from this weekend’s action if he is to finish the series as this year’s runner-up having only completed five of the previous eight series’ races and hence is still one result short of the minimum number required to qualify for the overall log.

This year’s Mountain Splendour Mania field will also include a number of other top Quattro ROAG Series performers with the likes of Quattro’s Tyron Bird in third and Thule’s fourth placed Tyronne White also expected on Sunday’s start line.

Team Jeep’s Derrin Smith, currently in fifth place overall and just five points behind White, will also be eager to bring the curtain down on his series’ effort with a positive performance which may well put a spanner in the works of a couple of those above him.

A fascinating men’s clash is guaranteed at the series finale however it is the ladies race where all the focus lies.

USN/Hi-TEC’s Dreyer leads Coffeeberry/VeloLife’s Bergstrom by 62 points in the standings which has meant that Dreyer must compete at the Mountain Splendour Mania otherwise there is a strong possibility that Bergstrom would pip her to the post and take the title at the final hurdle.

Should Dreyer finish within the top 10 position of the women’s race, a more than probable occurrence, she will secure the Quattro ROAG Series women’s crown however very little is guaranteed in the world of mountain biking and so the title race is still very much alive.

The route has taken on a bit of a change from last year with a new four kilometre single track stretch having been added to the course, further enhancing the popularity of the race. With stretches of district road as well as single track through the Sappi plantations and grasslands of adjacent properties, there are a number of different elements that will keep the riders honest and entertained throughout.

There is plenty on offer for those a little further behind the racing snakes of this year’s clash as the weekend programme is a festival of adventure full of variety. The 15km MTB night race kicks off the weekend’s activities on Friday evening followed by the 7.5km and 15km trail runs on Saturday morning along with the fun run/ride in the afternoon while the three day’s action culminates in the 40km, 20km and 10km MTB races on Sunday.

More information can be found and entries submitted via www.roagseries.co.za