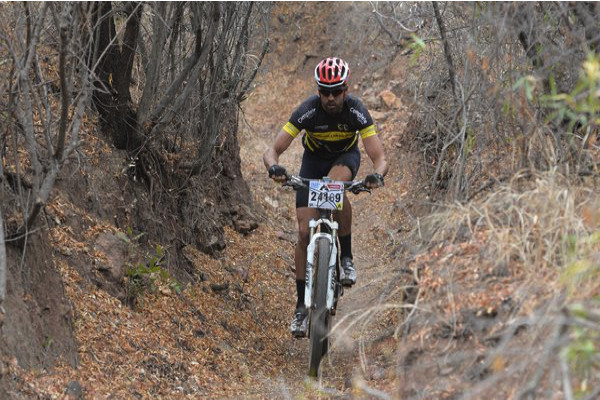 Advendurance provides event management and consultancy for sporting and cultural activities in South Africa and across Africa. Founded in 2001 and operating from offices in Pretoria, the company has established many of South Africa’s leading sport events.
Advendurance is a unique African events company that produces a broad range of sporting events including cycling and mountain biking and adventure events. The company has established a strong reputation in offering professional services within the events industry.

The first round of the 2015 Gauteng Nissan Trailseeker Mountain Bike Series, the Bundu Bash, takes place on Saturday at Buffelsdrift, Pretoria. Occupying a calendar spot just one week before the South African Marathon Championships, the race has attracted a strong field as professionals and serious age-groupers hone their form ahead of the national showpiece.

Heading up the challenge for the overall men’s race title over Saturday’s 70km route is 2014 National Marathon Series Champion, Nico Bell (RECM). He’ll meet solid opposition in the likes of Gawie Combrinck (EAI Cycling), Guylin van den Berg and Ben Melt Swanepoel (Squirt) as well as a number of young riders who are emerging from the significant depth of mountain bike racing talent in Gauteng.

The marathon will include 800 metres of vertical ascent and a high percentage of singletrack on terrain that’s largely dry and with rocky sections that are sure to test rider skills and challenge the puncture resistance of tyres. Course builder, Francois Theron, has also added in new structures such as an over/under bridge, new berms and wooden sections to ensure optimal race flow and rider enjoyment.

With 338 metres of vertical ascent, the 40km Half-marathon doesn’t include much climbing, but it does incorporate a large percentage of stimulating singletrack, which twists its way through the dense bushveld vegetation of the area. This is the most popular distance and will no doubt produce some great age-group battles among the junior male and female racers.

Other events on the schedule include fun races over 20km and 10km, which allow for full family participation, or as an introduction for those keen to give mountain biking a try.

The Nissan Chill Area offers a secure environment for riders and their families and friends to relax. There is also good food for sale as well as a beer garden for those keen on an ice-cold post-race beer. There are hot showers and post-race massages available too, while the kiddies play area includes a jumping castle and face painting.

There are no more entries available. The 3000-rider limit for the Bundu Bash was reached last week, confirming the continued popularity of the Nissan Traileeker Series in general and the Buffelsdrift venue in particular. Buffelsdrift hosted a round of the Nissan Trailseeker Series last year and has since been further developed into one of Gauteng’s most complete mountain bike trails venues.

For more information or directions to the venue, visit www.trailseekerseries.co.za