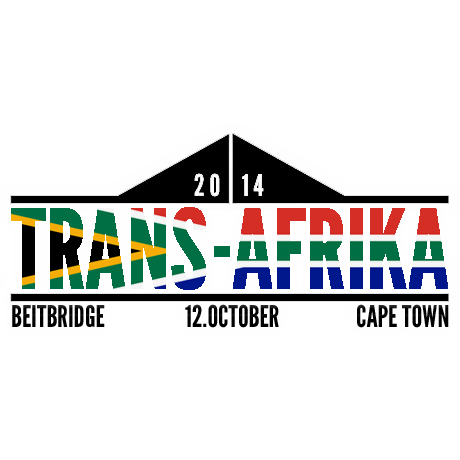 With inaugural Trans Afrika Beit Bridge to Cape Town Unsupported Non-Stage Cycle Race just 38 days away, it is perhaps a good time to speculate on possible race strategies and records.

Being the inaugural event, speculating on records is a bit of a guessing game. Not only are the entrants’ plans an unknown quantity, but so is the race route, while there are few events of this nature in Southern Africa which can be used as benchmarks.

The route will be approximately 2,800km in distance, and will go via Swaziland and Lesotho which implies some serious hilly stretches too.

There is one local race that can perhaps begin to give us some clues as to how far some competitors will push the boundaries in terms of lack of sleep. This race is the only other non-stage event of comparable distance, i.e. the Freedom Challenge Race Across South Africa. That race can provide little insight in terms of average speed, given that it is a significantly slower route than the Trans Afrika where riders can ride a large portion on tar. But insightful is the fact that the race record holder, Martin Dreyer, slept on average 2 hours and 50 minutes per night for 10 nights on his epic journey from Pietermaritzburg to Paarl in 2012.

Therefore, we now know that the old tale that our physicians told us about needing 8 hours sleep a night is perhaps a little exaggerated. So key to a good Trans Afrika may be finding a new physician if this is the advice you receive.

Then, overseas in the USA, could the 3,020 mile (4,800km) Ride Across America Cycle Race, which itself runs largely on tar, start to provide us with an idea of a future race record from Beit Bridge? In that race, the record was set in 2012 by Christoph Strasser, in a time of 7 days, 15 hours and 56 minutes. That is an around the clock average speed of approximately 16.4 miles per hour or 26.3km/h.

Now if we super-impose that average speed onto the Trans Africa distance of approximately 2,800km, one gets to an amazing approximately 4 days 11 hours from Beit Bridge to Cape Town.

That gives us some idea of what is possible, but Trans America is a supported race, so perhaps not quite comparable.

Maybe there’s another one that is more similar in nature. Across the pond, this year’s Trans Continental Race from London to Istanbul was won by Kristoff Allegaert, whose route covered 2,980km at an average round the clock speed of 25.06km/h for a race time of 7 days, 13 hours and 33 minutes. That’s a similar distance to Trans Afrika.

The Trans Continental, though, is a very new race too, and normally it takes a while for the race to “mature” and for the records to tumble to “competitive” levels. So one gets the feeling there could still be some “downside”

Future possible records are a guessing game at the moment. The recently established Trans Continental Race suggests to us that around 7 days is achievable. But a time closer to 5 days? On a route that starts off with some big hills in Mpumapalanga, Swaziland and of course Lesotho?

Time will tell. But who says one needs a whole lot of work leave in order to take part in these very long races across continents and expansive countries such as South Africa? That’s just the excuse. Actually we just need to “lift our game”.